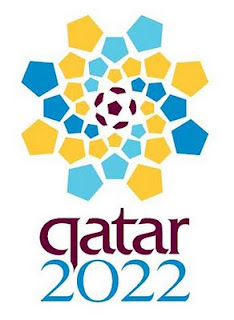 By James M. Dorsey
A recent article in Cornell University’s student newspaper, The Cornell Daily Sun, questioning whether Sheikha Mozah Bint Nasser Al-Missned, the wife of the ruler of Qatar, should be a member of the Weill Cornell Medical College Board of Overseers after establishing a clinic that describes homosexuality as a “behavioural disorder” and seeks to treat people who are gay spotlights complex issues the conservative Gulf state is confronting as it prepares to host the 2022 World Cup.
The stir in both the United States and Qatar caused by the article also puts into sharp relief tensions between the ambitions of the Qatari ruler, Sheikh Hamad bin Khalifa Al Thani, and Qatar’s elite to position the energy-rich Gulf state as an enlightened and important international political and financial player and a global sports hub, and the aspirations of significant segments of its conservative population.
If any Arab state has so far remained untouched by the wave of anti-government protests sweeping the Middle East and North Africa it is Qatar whose tiny population has benefitted from a cradle to grave social safety net, the country’s energy wealth and the emir’s policies that have put Qatar on the map. To the degree that there is criticism of the emir’s policies, their likely impact on Qatari society and the adjustments Qatar is under pressure to make as a result of its successful bid to host the World Cup, they are expressed quietly in private conversations and diwaniyas where local men gather.
Much like in the United Arab Emirates, Qataris are reluctant to rock the boat in a country in which they constitute a majority and that is forced to tolerate a majority of expatriates to compensate for the local population’s lack of numbers. As a result, both Qatar and the UAE have not been hit by mass anti-government protests as occurred in Bahrain, threaten to erupt in Kuwait and earlier this year racked Oman. The region’s protest wave has already toppled the autocratic leaders of Tunisia, Egypt and Libya and is tearing Syria and Yemen apart.
Nevertheless, Qatar’s bid to be a global player is putting stressful demands on a society that is rooted in deep-seated conservative tribal and Islamic values. To host the World Cup, Qatar has already had to expand the areas during the tournament in which alcohol can be consumed from beyond the relatively few bars in luxury hotels.
Trade unions are demanding that the Gulf state prove that migrant workers building infrastructure for the tournament are not subject to inhuman conditions. The International Trade Union Confederation (ITUC), the world’s largest trade union, and Building Workers International (BWI) charged in a report earlier this year that the working and living conditions of mostly Asian migrant labour being used to build nine stadiums in 10 years are unsafe and unregulated.
“A huge migrant labour force, with very little rights, no access to any unions, very unsafe practices and inhuman living conditions will be literally putting their lives on the line to  deliver the 2022 World Cup,” said ITUC general secretary Sharan Burrow ITUC..
BWI secretary general Ambet Yuson charged that Qatar’s “ability to deliver the World Cup is totally dependent on severe exploitation of migrant labour, which we believe to be barely above forced labour conditions.”
David Roberts notes on The Gulf Blog that a majority of Qataris are concerned with the overhaul of the Qatari education system by Rand Corp. that involved changing curricula, the language of instruction and the lifting of gender segregation in classrooms in Education City, an education-focused free zone. Cornell is one of the foreign universities that has a campus in Education City.
Similarly, Sheikha Moza’s very public role and presence constitutes a divisive issue. To young women, the Sheikha serves as a role model, yet many Qataris describe it, according to Mr. Roberts, as “undesirable or problematic” in a conservative country like Qatar.
Many Qataris take issue with Sheikha Moza’s mandatory introduction of DNA tests before marriage in a society where marriage among cousins is customary.
The Cornell student newspaper article re-focuses attention on apprehnsions raised from the day Qatar won the right to host the 2022 World Cup last December about the status of gay rights. Qatar like most predominantly Muslim nations bans homosexuality and gay groups have raised concerns about the status of gay fans during the tournament.
The website of Sheika Moza’s says that Al Aween clinic specializes in the treatment of disorders such as addiction to alcohol, drug and Internet use, as well as deviant and unusual sexual behaviour. The website hosts a document that lists homosexuality as one of several “behavioural disorders and negative tendencies.”
To treat its patients, the clinic offers a variety of “therapeutic units” and counselling. The website includes samples of counselling provided to patients. For example, a woman seeking advice on her relationship with another woman was told to stop her “unhealthy sexual behaviour” and end communication with her partner.
To be sure, Qatar is but one of many countries in the region struggling to balance conservative, traditional values with the demands of a globalized world. The hosting of the World Cup, however, puts it more than any other society in the Gulf under the international magnifying glass and emphasizes differences in perceptions of the country’s ruler and the traditional, conservative instincts of his subjects.
Says Mr. Roberts: “I repeat what I said on the day that they won the prize (the World Cup): they don’t have a clue what they’ve let themselves in for.”
James M. Dorsey is a senior fellow at Nanyang Technological University's S. Rajaratnam School of International Studies in Singapore and the author of the blog, The Turbulent World of Middle East Soccer.
Football Qatar Soccer World Cup 2022