Showing posts from July, 2017
Show all

Strife in Jerusalem: Fears of popular revolts bring Israel and Arabs together 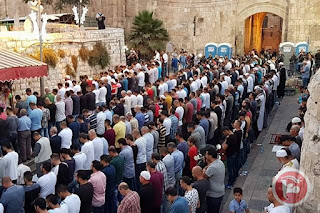 Source: Maan News By James M. Dorsey A web of formal and informal Israeli-Arab relations and common fears of renewed popular uprisings that could threaten regimes and benefit Islamist groups like the Muslim Brotherhood facilitated Israel’s backing down in the crisis over Jerusalem’s Temple Mount or Haram al Sharif, home to Islam’s third most holy shrine, the Al Aqsa mosque. Protests in recent weeks that forced Israel to lift restrictions on access and dismantle security arrangements installed on a site that evokes deep-seated emotions among Muslims and Jews alike had all the makings of a popular revolt and could yet prove to be a catalyst in approaches to Palestinian resistance to Israeli occupation of lands captured half a century ago during the 1967 Middle East war. The security equipment was initially installed after two Palestinians with Israeli nationality shot dead two Israeli policemen in the compound. The spontaneous protests that erupted independent of est
Post a Comment
Read more

The Gulf crisis: A lesson in reputation management 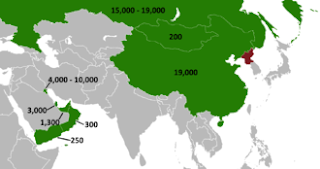 North Korean workers in the Gulf and Asia / Source: Wikipedia By James M. Dorsey Lurking below the surface of the Gulf crisis, are rival, yet troubled, attempts by Qatar and its detractors to use sports to boost soft power and/or launder tarnished images of their autocracies. Ironically, the crisis threatens to have levelled the playing field in a bitter media and public diplomacy war that was covert prior to the seven-week-old Saudi-UAE-Bahraini-led diplomatic and economic boycott of Qatar. If anything, the Gulf crisis has emerged as a case study of the pitfalls of reputation management in which sports is an important tool. On balance, it so far has had different effects on the reputations of three of the key protagonists. It has also served to highlight the pot-blames-the-kettle-character of the Gulf crisis, most recently with the disclosure that North Koreans were employed not only in Qatar on World Cup-related projects, but also on a UAE military base that host
Post a Comment
Read more

By James M. Dorsey Abstract Buried in the Gulf crisis is a major development likely to reshape international relations as well as power dynamics in the Middle East: the coming out of small states capable of punching far above their weight with Qatar and the United Arab Emirates, a driver of the crisis, locked into an epic struggle to rewrite the region’s political map. Goals dictate strategy Underwriting the struggle are different strategies of the Gulf’s small states, buffeted by huge war chests garnered from energy exports, to project power and shape the world around them. Both Qatar and the UAE project themselves as regional and global hubs that are building cutting-edge, 21 st century knowledge societies on top of tribally-based autocracies. Despite their different attitudes towards political Islam, Qatar and the UAE have both developed societies in which religious scholars have relatively little say and Islamic mores and norms are relatively liberally in
Post a Comment
Read more
More posts