Showing posts from September, 2012
Show all

By James M. Dorsey A Singapore court has ordered veteran journalist and scholar JMD to reveal his sources for his reporting on an audit of suspended world soccer body FIFA vice president and Asian Football Confederation (AFC) president Mohammed Bin Hammam's management of AFC's finances and agreement with a Singapore-based company on the group's marketing rights. The court accepted a demand by World Sports Group (WSG) to instruct the journalist and scholar to reveal his sources on the grounds that the audit was confidential and that the sources had defamed the company. The court in a four-hour hearing however stayed its decision pending an appeal that Mr. Dorsey's lawyers, N. Sreenivasan and Sujatha Selvakumar of Straits Law Practice LLC, will submit in the coming days. Mr. Dorsey's lawyers argued that he was not a party to any confidentiality agreement and that if WSG had an issue it should take it up with the AFC to whom the original report
1 comment
Read more

What future for Leeds United? Manchester City or Portsmouth FC? 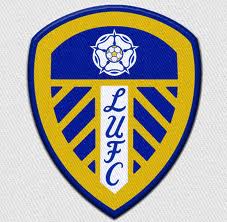 By James M. Dorsey Supporters of Leeds United have welcomed a Middle East bid to acquire their troubled English soccer club with no clarity about who the real buyer is. The Leeds United Supporters Trust described the announcement by the Bahrain-based Gulf Finance House in a letter to the island nation’s stock exchange that one of its subsidiaries, GFH Capital Limited, had agreed to “lead and arrange the acquisition of Leeds City Holdings,” the parent company of Leeds United, as “great news.” Trust chairman Garry Cooper said Leeds fans were “hoping for investment in the team and for Leeds United to be glorious again.” He noted that a return of the club to the Premier League after it was relegated in 2007 to England’s second division as a result of its financial problems would reap its new owners profits from Leeds United’s share in the GBP 3.2 billion in broadcast revenues. The risk is however that GFH because of a confidentiality clause declined to reveal on beh
1 comment
Read more

Impact of Anti-US Protests: Healthy Change in the Muslim World

Podcast: JMD in conversation with Jens Weinreich (in German) By James M. Dorsey The Kosovo Football Federation (KFF) and soccer-crazy Kosovars are not the only ones in anxious anticipation of this coming Friday’s executive committee meeting of world soccer body FIFA that is expected to decide the terms on which Kosovo will be allowed to play international friendlies. So will the Kurdistan Football Association and equally soccer-mad Kurds. Kosovo and Catalonia, which already has been granted permission by FIFA to play international friendlies, are models for Kurdistan to whom soccer is also an important tool in achieving recognition as a nation and statehood. For Kurdistan, it is an uphill battle. Kosovo and Catalonia have a leg up on Kosovo.  Unlike Kurdistan, an autonomous region in Iraq that enjoys no recognition from an international community afraid that its independence would further destabilize the Middle East, Kosovo has been recognized by the United States, 36 European nations including 22 European Union members, and 5
2 comments
Read more

Iran accuses WSG of overpricing in breach of international rules 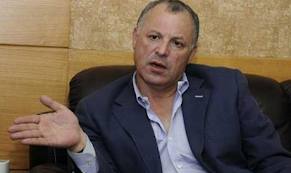 By James M. Dorsey Malaysian authorities have arrested an associate of suspended Asian Football Confederation (AFC) and world soccer body FIFA vice president Mohammed bin Hammam on suspicion of theft of documents from AFC’s offices in Kuala Lumpur. A AFC lawyer, Mohamad Bustaman Abdullah, identified the associate as Tony Kang, the husband of AFC’s finance director under Mr. Bin Hammam, who was let go after allegations of financial misconduct surfaced against the Qatari national, according to Agence France Press (AFP). Mr. Abdullah said Mr. Kang had surrendered himself to Malaysian police and is expected to be charged in court in Kuala Lumpur after police reports identified him as having participated in the theft. Mr. Kang’s arrest came as FIFA launched a new probe into allegations that Mr. Bin Hammam had last year sought to buy the votes of Caribbean soccer officials in his failed bid to challenge FIFA president Sepp Blatter in elections for the group’s preside
Post a Comment
Read more
More posts