Showing posts from February, 2020
Show all

Trump vs Sanders? Populism vs Populism 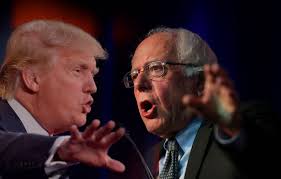 By James M. Dorsey A podcast version of this story is available on Soundcloud, Itunes , Spotify , Stitcher , TuneIn , Spreaker , Pocket Casts , Tumblr , Podbean, Audecibel , Patreon and Castbox . Civilisationalism’s train may well have left the station. That may also be true for a fundamental re-definition of US foreign policy. To what degree, civilisationalism continues its march and how US foreign policy will be re-defined is likely to be determined by who wins this year’s US presidential election. With Donald J. Trump the undisputed Republican candidate and Bernie Sanders the Democratic frontrunner, the fight for the highest office in the land could be one between two very different but no less radical visions of America’s role in the world. For civilizationalist illiberals, authoritarians and autocrats in the Middle East and North Africa and beyond, the stakes could not be higher. In The Economist’s words , a race  between Messrs. Trump and Sander
Post a Comment
Read more

Not a pretty picture: The contours of a new world order are on your tv screen 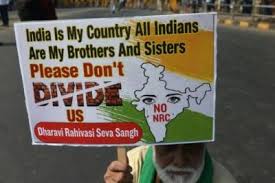 By James M. Dorsey A podcast version of this story is available on Soundcloud, Itunes , Spotify , Stitcher , TuneIn , Spreaker , Pocket Casts , Tumblr , Podbean, Audecibel , Patreon and Castbox . Television news summarizes daily what a new world order shaped by civilisationalists entails. Writer William Gibson’s assertion that “the future is already here – it's just not evenly distributed” is graphically illustrated in pictures of hundreds of thousands, if not millions of desperate Syrians fleeing indiscriminate bombing in Idlib, Syria’s last rebel stronghold, with nowhere to go. It’s also evident in video clips from the streets of Indian cities where police stand aside as Hindu nationalists target Muslims and Prime Minister Narendra Modi turns Muslims into second-class citizens; refugee camps in Bangladesh where hundreds of thousands of Rohingya who fled ethnic cleansing in Myanmar linger with no prospect of a better life; a devastating civil war in
Post a Comment
Read more
February 23, 2020 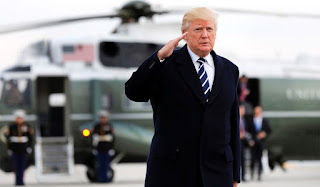 Why Trump Rejects the Need from Middle Eastern Oil It is the geopolitics rather than the economics of energy that will drive US interest, particularly as it regards efforts to change Iranian policies, if not the Iranian regime, as well as the longer-term power balance in the Middle East. SHARE ·           ·           ·           Dr. James M. Dorsey Posted on: Thu, 02/20/2020 - 13:33 PRINT Trump at the White House (Reuters) Oil may not be the only factor driving a reduced US commitment to guaranteeing security in the Middle East, but it certainly is one that weighs heavily in US President Donald Trump’s mind. “Because we have done so well with Energy over the last few years (thank you, Mr. President!), we are a net Energy Exporter, & now the Number One Energy Producer in the World. We don’t need Middle Eastern Oil & Gas, & in fact have very few tankers there…,” Mr. Trump said in a self-congratulatory tweet. (1) The timing of Mr. Trump’s
Post a Comment
Read more
More posts