Showing posts from May, 2012
Show all

Synopsis With the London Olympics less than two months away major global sporting events are increasingly proving to be Middle Eastern battlegrounds for human rights rather than an expensive way for countries to boost their prestige and sense of national pride.
Commentary Flashy, high-profile events in the Middle East like the 2022 World Cup in Qatar, Formula-1 in Bahrain and Abu Dhabi and tennis championships in Dubai have become leverage points in the hands of international and local activists and
1 comment
Read more 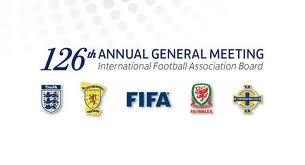 By James M. Dorsey
Proponents of allowing observant Muslim female soccer players to wear a head dress and anti-autocratic protesters in the Middle East and North Africa are running up against similar conservative attempts to roll back their achievements. Ironically, they are both confronting alliances that at times cut across confessional boundaries.
While the battle to secure the goals of successful protests in post-revolt Egypt, Tunisia and Libya has largely moved from the street to the polling station and backroom horse trading, the campaign for a woman’s head dress on the pitch that meets security and safety standards is being waged in the secretive board rooms of authorities that govern association soccer.
While protesters in the Middle East and North Africa have learnt the hard way that toppling an autocrat is but the first step to ensuring greater freedom and social justice, pro-head dress campaigners are discovering that tentative board decisions are no more than tentative an…
Post a Comment
Read more 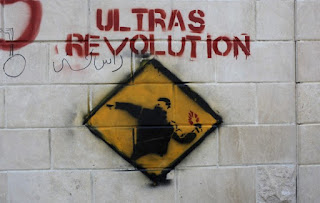 By James M. Dorsey
The Arab world’s first free and fair presidential elections pose a dilemma and a wake-up call for militant Egyptian soccer fans and revolutionary youth groups as the two surviving candidates seek to win their votes in a run-off next month in which a majority of the votes are up for grabs.
To many analysts, the results of the first round of the elections that produced ousted President Hosni Mubarak’s last prime minister Ahmed Shafiq and the Muslim Brotherhood’s Mohammed Morsi as the two surviving candidates, illustrate the marginalization of the revolutionaries and the soccer fans. Yet, a closer look shows that the result  constitutes both a narrow defeat and an opportunity for those in Egypt yearning for real change rather than an immediate restoration of stability in the face of growing unemployment and rising street crime.
In a country that 15 months after Mr. Mubarak’s departure has grown protest weary and yearns for a return to economic growth and security, Messrs…
Post a Comment
Read more

For those who get a warning screen or error message when logging in: This is the result of the US Department of Defense certificate. Just ignore the warning and click to continue. There is no threat to your computerCKC Speaker Series: Mr. James DorseyPrevious Post <<>> Next Post You are invited to the inaugural presentation of the CKC Speaker Series.Mr. James Dorsey will discuss "Soccer as an Engine of Change and Assertion  of Identity." This  seminar explores soccer’s unique role in the battle against the yoke of autocratic rule,  economic mismanagement and corruption as well as that of militant, highly politicized,  violence-prone soccer fans in this year’s popular revolts. The role of the militants  extends a tradition of soccer’s close association with politics across the Middle East and   North Africa that is evident until today inderbies in cities like Cairo, Amman,   Tehran and Riyadh. Date: Tuesday, May 29, 2012
Start Time: 12:00 PM Eastern Daylight …
Post a Comment
Read more 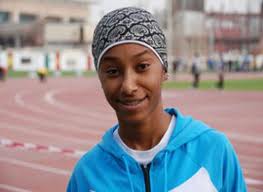 By James M. Dorsey
The question for Qatari sprinter Noor al-Malki is not whether she will be part of the first group of Qatari women to ever compete in a global sports tournament at the 2012 London Olympics but how she will handle the fact that the competition will take place during Ramadan.
The question whether Ms. Al-Malki would be able to compete was resolved when Qatar, alongside Saudi Arabia and Brunei the only nation never to have been represented by women in a global sporting event, decided last year to allow women to compete in the London Olympics.
The decision was the result of Qatar’s concerted effort to become a sports power and mounting international pressure on the International Olympic Committee (IOC), not to allow countries to compete that discriminate against athletes on the basis of gender.
It saved Qatar, already threatened with a global trade union campaign against its hosting of the 2022 World Cup because…
Post a Comment
Read more