Showing posts from April, 2020
Show all

Saudi Arabia’s Problems: Not Just a Pandemic and Economics, but Geopolitics Too 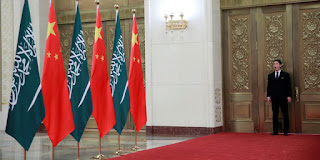 A Chinese security officer stands guard at the Great Hall of the People in Beijing where Saudi Crown Prince Mohammad bin Salman and Chinese President Xi Jinping hold a meeting. Feb. 22, 20 (How Hwee Young Pool Photo via AP) By James M. Dorsey This story was first published in Inside Arabia A podcast version of this story is available on Soundcloud, Itunes , Spotify , Stitcher , TuneIn , Spreaker , Pocket Casts , Tumblr , Podbean, Audecibel , Patreon and Castbox. Saudi Crown Prince Mohammed bin Salman may feel that the global pandemic and its economic fallout are the more immediate of his problems as the kingdom gradually lifts restrictions put in place to stymie the spread of the coronavirus. However, looming large on the horizon is a potential rift with the United States as a result of the kingdom’s price war with Russia that contributed to the collapse of oil markets and an existential crisis for America’s shale industry. US President Donald J. Tr
Post a Comment
Read more 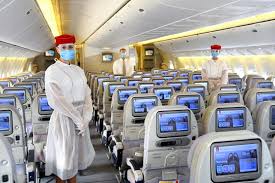 James M. Dorsey This article first appeared in Gulf Insight A podcast version of this story is available on Soundcloud, Itunes , Spotify , Stitcher , TuneIn , Spreaker , Pocket Casts , Tumblr , Podbean, Audecibel , Patreon and Castbox. It is early days, but first indications are that the global pandemic is entrenching long-drawn Middle Eastern geopolitical, political, ethnic, and sectarian battle lines rather than serving as a vehicle to build bridges and build confidence. The coronavirus crisis is also changing the region’s political landscape as non-governmental organizations and militants in countries like Iraq, Syria, and Lebanon fill gaps where governments have failed to cater to social and health needs created by the pandemic. The empowerment of NGOs and militant groups, particularly where they fill a gap without coordinating with government, potentially raises security issues as militants capitalize on their ability to show up the state’s lack of
Post a Comment
Read more 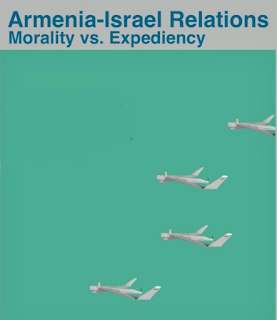 By James M. Dorsey A podcast version of this story is available on Soundcloud, Itunes , Spotify , Stitcher , TuneIn , Spreaker , Pocket Casts , Tumblr , Podbean, Audecibel , Patreon and Castbox. Populated by fluent Hebrew speakers, the Israel desk of Armenia’s foreign ministry waited back in 1991 in the wake of the collapse of the Soviet Union for a phone call that never came. The ministry was convinced that Israel, with whom Armenia shared an experience of genocide, were natural allies. The ministry waited in vain. Israel never made the call. The shared experience could not compete with Armenia’s Turkic nemesis, Azerbaijan, with which it was at war over Nagorno Karabagh, an Armenian enclave on Azerbaijani territory. “The calculation was simple. Azerbaijan has three strategic assets that Israel is interested in: Muslims, oil and several thousand Jews. All Armenia has to offer is at best several hundred Jews,” said an Israeli official at the time.
Post a Comment
Read more 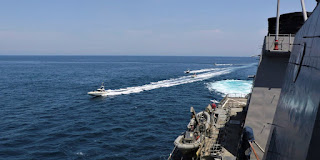 by  James M. Dorsey  | Apr 21, 2020 This story was first published in Inside Arabia A podcast version of this story is available on Soundcloud, Itunes , Spotify , Stitcher , TuneIn , Spreaker , Pocket Casts , Tumblr , Podbean, Audecibel , Patreon and Castbox. The United States and Iran, acting on perceptions of one another that seem to be engraved in stone, are on a collision course that could have devastating consequences for Arab Gulf states and Iraq. The risk is magnified by each one’s adoption of policies and strategies that are based on faulty assessments of the other. The United States and Iran have waged a contentious dialogue of the deaf for much of the past four decades. It is a dialogue that seemingly brought the two countries to the brink of war in January following tit-for-tat attacks with potentially devastating consequences for Arab Gulf states. The tit-for-tat culminated in the killing of Iranian general Qassem Soleimani that initiall
Post a Comment
Read more

Saudi Arabia rolls the dice with bid for Newcastle United

By James M. Dorsey A podcast version of this story is available on Soundcloud, Itunes , Spotify , Stitcher , TuneIn , Spreaker , Pocket Casts , Tumblr , Podbean, Audecibel , Patreon and Castbox. Saudi Crown Prince Mohammed bin Salman has rolled the dice with a US$ 374 million bid to acquire storied British soccer club Newcastle United. If approved by Britain’s Premier League that nominally maintains a high bar for the qualification of aspiring club owners, Prince Mohammed would have demonstrated that he has put behind him an image tarnished by Saudi conduct of a five-year long war in Yemen, the 2018 killing of journalist Jamal Khashoggi, systematic abuse of human rights and, more recently, the kingdom’s badly-timed oil price war with Russia. A successful acquisition would send a message that the kingdom retains the kind of financial muscle that allows it to acquire trophies that enable it to project itself in a different light and garner soft power rather t
Post a Comment
Read more 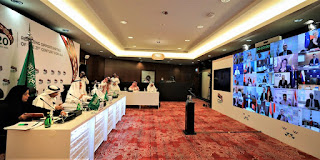 US-Saudi Oil Clash Sets Stage for Future Epic Battle by  James M. Dorsey  |  Apr 14, 2020 This story was first published on Inside Arabia A podcast version of this story is available on Soundcloud, Itunes , Spotify , Stitcher , TuneIn , Spreaker , Pocket Casts , Tumblr , Podbean, Audecibel , Patreon and Castbox . The coronavirus pandemic and the global economic meltdown forced Saudi Arabia, the United Arab Emirates, the United States, and Russia to call time out in a war that was less about prices and more about market share and survival of the fittest. The agreement among producers to cut production by 10 million barrels a day amounts to a ceasefire that will likely end once economies recover and can again sustain the cost of war. Prince Abdulaziz bin Salman Al Saud, Minister of Energy of Saudi Arabia, chairs a virtual summit of the Group of 20 energy ministers in Riyadh, Saudi Arabia, April 10, 2020 (Saudi Energy Ministry via AP) Saudi Arabia and th
Post a Comment
Read more
More posts