Showing posts from March, 2014
Show all

Egypt's Sisi ditches uniform, quits as defence minister   By  Jay Deshmukh 53 minutes ago . View gallery . . . Cairo (AFP) - Field Marshal Abdel Fattah al-Sisi ditched his military fatigues on Thursday and resigned as Egypt's defence minister, a day after announcing he would stand for president. Meanwhile, General Sedki Sobhi was sworn in as the new defence minister and army chief, and Lieutenant General Mahmoud Hegazy replaced Sobhi as army chief of staff, the presidency said. Hegazy is the father-in-law of Sisi's son.Sisi turned up in civilian clothes at the weekly cabinet meeting to submit his resignation after quitting as army chief the previous night, state news agency MENA reported. Declaring his widely anticipated candidacy in a televised address on Wednesday, Sisi vowed to fight "terrorism" and work towards restoring the battered economy. The wildly popular Sisi faces no
Post a Comment
Read more 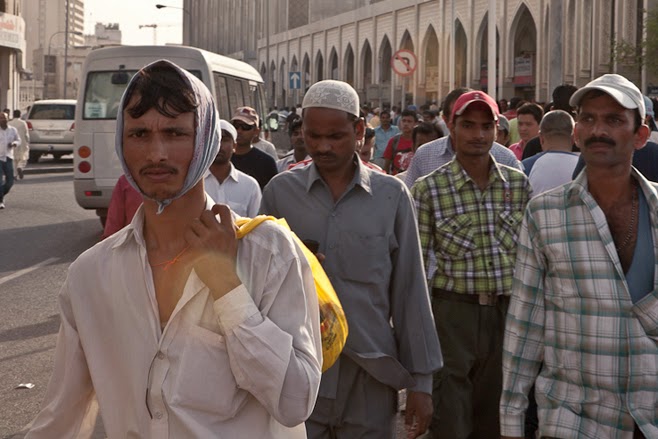 By James M. Dorsey ‎Qatar is preparing a radical overhaul of its controversial kafala or labour sponsorship system in response to mounting criticism that threatens reputation capital it hopes to gain from hosting the 2022 World Cup. The expected reform is likely to include shifting sponsorship of foreign workers, who constitute a majority of the tiny Gulf state's population, from individual employers to the government. It would also allow workers to seek alternative employment without permission of their sponsor after a period of notification. Qatar would further work with the major supplying countries to establish regulated employment agencies to cut out corrupt middlemen. It was not immediately clear whether the‎ changes once announced would satisfy international trade unions and human rights groups that have denounced the kafala system as modern day slavery and called for its abolition. Pressure is mounting on Qatar with world soccer body FIFA president S
Post a Comment
Read more 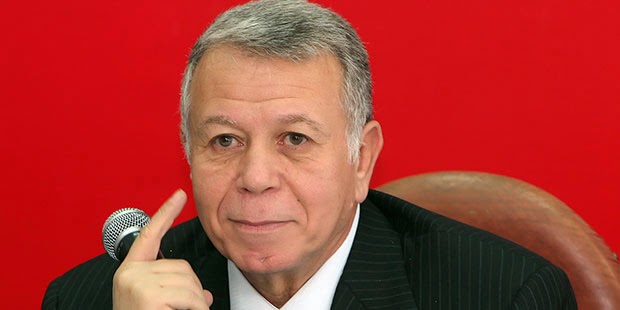 Outgoing Al Ahli chairman Hassan Hamdi suspected of corruption By James M. Dorsey Efforts by Egypt's military-backed government to clean the country not only of its political critics but also of businessmen with close ties to ousted President Hosni Mubarak extended into soccer this week with the arrest on corruption charges of Hassan Hamdi, the longstanding chairman of. Al Ahli’s SC, Africa's most crowned and popular club. The arrest of Mr. Hamdi, who has long denied charges of wrongdoing, were first levied against him during the reign of President Mohammed Morsi, the Muslim Brother toppled by the military last year. It came amid an apparent power vacuum in advance of presidential elections in which various institutions, including the security forces and the judiciary, are jockeying for position. A date for the registration of presidential candidates is expected to be announced this weekend. That vacuum is a reflection of a backroom tug of war between the mi
Post a Comment
Read more 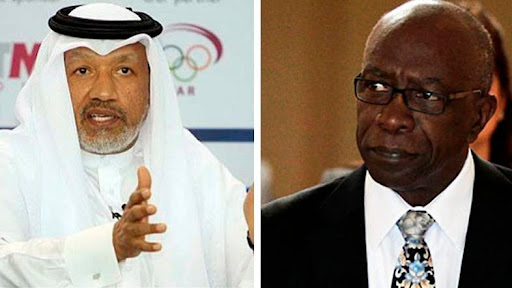 Qatar firm ‘paid $2m’ to FIFA official, family Former FIFA vice-president Jack Warner (R) allegedly received a $1.2 million payment from a Qatar-based firm owned by Mohamed Bin Hammam. (File photos: Reuters) Tweet Text size  A   A   A By Staff writer | Al Arabiya News, Dubai Tuesday, 18 March 2014 A Qatari firm paid almost $2 million to a senior FIFA official and his family just after the Gulf state won its controversial bid to host the 2022 World Cup, a UK newspaper has claimed. Former FIFA vice-president Jack Warner and his sons were paid $1.95m by a company controlled by former Qatari football official Mohamed Bin Hammam, an  investigation by The Telegraph  found. A further $400,000 was allegedly paid to one of his employees. The FBI is now investigating Warner’s alleged links to the Qatari bid, The Telegraph reported. The allegations were made by The Telegraph, based in London The Telegraph reported that Kemco, which is said to be owned by Ha
Post a Comment
Read more 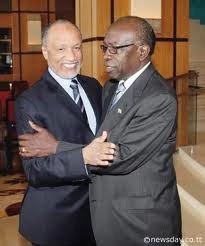 Mohammed Bin Hammam and Jack Warner  By James M. Dorsey Media reports of questionable payments by a company owned by banned former world soccer body FIFA vice president and Asian Football Confederation (AFC) president Mohammed Bin Hammam to another disgraced former FIFA executive committee member, Jack Warner, raise renewed questions about Qatar’s controversial winning of the right to host the 2022 World Cup as well the integrity of FIFA and the AFC’s efforts to root out corruption. The Daily Telegraph reported that the Doha-based Kemco Group wholly owned by Mr. Bin Hammam, a Qatari national who was banned by FIFA in 2012 because of “conflicts of interest” during his AFC presidency and FIFA vice presidency, had paid some $2 million to former FIFA vice president Jack Warner and others related to him shortly after Qatar was awarded the World Cup. In a statement to the Telegraph, the Qatari committee responsible for World Cup-related infrastructure rejected any knowle
Post a Comment
Read more 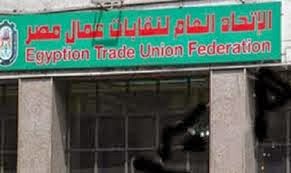 By James M. Dorsey Saudi-led efforts to isolate Qatar because of its support of the Muslim Brotherhood have expanded to exploit criticism of labour conditions in the Gulf state in advance of the 2022 World Cup. Arab trade unions and non-governmental organizations have added their voices to criticism of Qatar by international trade unions, human rights groups and world soccer body FIFA. The Arab criticism appeared however to be motivated more by mounting pressure on Qatar from Saudi Arabia, the United Arab Emirates, Bahrain and Egypt than concern for workers’ welfare. In an interview with Al Monitor ,   Abdul Wahab Khudr, an adviser to the Egyptian Trade Union Federation and editor of the Arab Workers News Agency, said that the International Federation of Arab Trade Unions was considering deposing Qatar as its president in advance of next month’s Arab Labour Conference in Cairo. Mr.  Khudr said that the move was being discussed because Qatar had refused to allow the
Post a Comment
Read more
More posts