Showing posts from 2021
Show all

Pakistan revamps education at the point of a gun 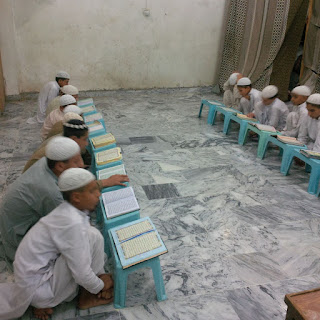 By James M. Dorsey Javed Ahmad Ghamidi is a rare clerical voice in Pakistan.   A prominent religious scholar and former member of the state-appointed Council of Islamic Ideology that ensures that legislation conforms with Islamic law, Mr. Ghamidi calls a spade a spade in a country in which that can have dire consequences. To be sure, Mr. Ghamidi can do so because he is no longer resident in Pakistan and therefore less vulnerable. Exile may deprive him of an in-country pulpit but makes his analysis and views no less relevant. Most recently, Mr. Ghamidi did not shy away from holding responsible just about everyone in Pakistan -- the military, the legislature, the clergy, the government, and the intelligentsia – for the brutal torture, lynching, and mutilation by a mob in the eastern city of Sialkot of a 48-year old Sri Lankan textile factory manager, Priyantha Kumara, accused of blasphemy. The government condemned the killing and arrested alleged perpetrators but appears ob
Post a Comment
Read more

By James M. Dorsey Long banned, Christmas has finally, at least tacitly, arrived in Saudi Arabia; just don’t use the name in marketing or be ostentatious about your tree. Coffeeshops serving beverages in red cups with snowflakes on them are ok. So is the sale of soap bars named ‘Tis the Season and Vanilla Bean Noel. Christmas trees that sell at up to US$3,000 a piece are slightly more complicated. The religious police no longer harass shopkeepers for selling items that reference a non-Muslim holiday. But shopkeepers remain uncertain about trees and sometimes still keep them in a backroom. Religious references and carols remain beyond the pale. The loosening of the rules of the game in a country that still bans non-Muslim worship in public and the building of non-Muslim houses of worship is part of an effort to ensure that the kingdom does not lag in the competition with the United Arab Emirates and Qatar to project itself as an enlightened, modern country that can attract fo
Post a Comment
Read more

Are Arab militias losing their usefulness for Iran? 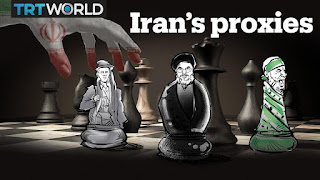 By James M. Dorsey Iranian support for Arab militias has long threatened Iran's detractors, unable to develop an effective counterstrategy. Now, the tide may be turning. A string of events suggests that the usefulness of at least some of the militias in Lebanon, Yemen, Iraq, and Palestine is waning as their popularity diminishes and relations with Iran encounter headwinds. The militias’ changing fortunes and Iran’s seemingly reduced influence challenges fundamental strategic and defence concepts embraced by the Islamic Republic since the clergy-led revolution toppled the US-backed Shah in 1979. “The overall picture is that Iran’s expansion peaked in 2018 and has since entered a new phase, in which Tehran has not suffered any strategic military set­backs but is hitting a wall. Iran’s biggest fundamental problem is that a majority of its allies … frequently succeed in armed confrontations. Yet they are subsequently incapable of ensuring political and economic stability ,” s
Post a Comment
Read more 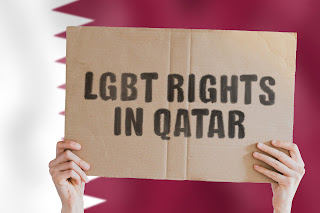 By James M. Dorsey Footballers with diametrically opposed views on homosexuality and alcohol consumption have sparked heated controversy about Islamic mores and human and workers’ rights in Qatar's final stretch in the run-up for next year’s FIFA World Cup. Two things stand out in the controversy beyond the specific arguments put forward by opposing camps. First, some fault lines cut across community lines rather than pit one community (Muslims) against another (non-Muslims). This is true for fans in autocracies like Qatar and Saudi Arabia who are less concerned about workers’ rights and supporters of European clubs acquired by Gulf buyers with deep pockets and a willingness to spend. That is not to deny that some in the Gulf states do care about rights just like numbers of Western fans remain critical of Qatar despite reforms of its labour system and Saudi Arabia following the 2018 killing in the kingdom's consulate in Istanbul of journalist Jamal Khashoggi. Se
Post a Comment
Read more

By James M. Dorsey The crown jewel of China’s Belt and Road Initiative (BRI) increasingly looks like a powder keg that has exploded. Mass protests have for the past month swept Gwadar, a Chinese-dominated Pakistani port city 90 kilometres from the border with Iran that has long been plagued by intermittent protests and Baloch nationalist attacks on Chinese nationals and targets. Making things worse from China’s perspective, a local cleric, a member of Pakistan's oldest Islamist political party, Jamaat-e-Islami, is leading the protests. Moreover, a breakdown of a ceasefire between the Pakistani government and Tehrik-i-Taliban Pakistan (TTP), better known as the Pakistani Taliban, raises the spectre of not only Baloch nationalist but also Pakistani religious militants further training their sites on Chinese targets. An attack in August, on a bus in northern Pakistan that carried Chinese construction workers is believed to have been carried out by the TTP although it di
Post a Comment
Read more

By James M. Dorsey Increasingly, compliance with US sanctions against Iran could emerge as a litmus test of the United Arab Emirates’ close ties to the United States. At the sharp edge of a potential rift between the allies is a reportedly recently concluded agreement by a private UAE company to build gas-fired thermal, solar, and wind power plants with a total capacity of 300 megawatts in Iran’s hydrocarbon-rich province of Khuzestan. Established in 2020, AJ Holding, the Dubai and Fujairah-based company, could not be reached for comment. The company website claims, without further detail, that its portfolio includes some 600MW of wind and solar power projects in Eastern Europe, the Baltics, and the Far East. A picture attributed to Iranian energy news agency Bargh News appeared to show the company’s Danish CEO, Allan Jespersen, exchanging documents with an Iranian official. The deal was signed as the United States warned that it would toughen enforcement of sanctions i
Post a Comment
Read more
More posts