Showing posts from August, 2017
Show all

Variations on a theme: The Gulf crisis settles into a family squabble 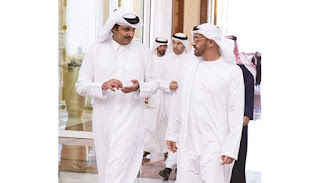 Sheikh Tamim and Crown Prince Mohammed bin Zayed By James M. Dorsey A three-month old crisis in the Gulf that has pitted Qatar against an alliance led by the UAE and Saudi Arabia has settled into a family squabble in which the protagonists appear to be singing different variations of the same song. Qatar and its detractors disagree on how they view the world around them and how they would like to shape it, but are in tacit agreement on the fundamental political structure of their respective states that seems designed to put a 21 st century veneer on traditional autocratic and tribal rule. To be sure, Qatar has couched the defense of its controversial foreign policy and relationships with Islamic militants in the language of a forward-looking state that embraces concepts of democracy and press freedom. The UAE defends its approach as a pillar of the fight against terrorism and extremism. Yet, several interviews in which senior UAE diplomats make no bones about t
Post a Comment
Read more 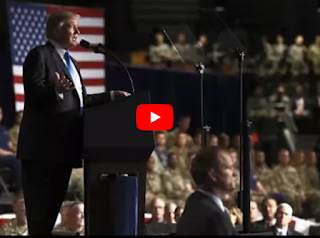 August 29, 2017 Trump's Afghan Military Solution Will Fail James Dorsey tells Paul Jay that Trump's plan is to force the Taliban to negotiate, but there is no reason for them to do so Full video at  https://youtu.be/dEcANuUy28s  biography James Dorsey  is a senior fellow at the S. Rajaratnam School of International Studies, and co-director of the University of Wuerzburg’s Institute for Fan Culture and the author of The Turbulent World of Middle East Soccer blog, a book with the same title, Comparative Political Transitions between Southeast Asia and the Middle East and North Africa, co-authored with Dr. Teresita Cruz-Del Rosario and four forthcoming books, Shifting Sands, Essays on Sports and Politics in the Middle East and North Africa as well as The Gulf Crisis: Small States Battle It Out, Creating Frankenstein: The Saudi Export of Ultra-conservatism and China and the Middle East: Venturing into the Maelstrom. transcript
Post a Comment
Read more
More posts