Showing posts from July, 2020
Show all

Indonesia: A major prize in the battle for the soul of Islam 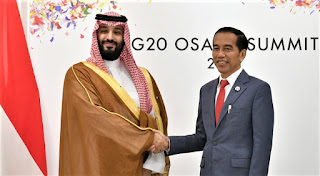 By James M. Dorsey Saudi support of religious ultra-conservatism in Indonesia contradicts Crown Prince Mohammed bin Salman’s promotion of an undefined form of moderate Islam intended to project his kingdom as tolerant, innovative, and forward-looking. It also suggests that Saudi Arabia is willing to work with the Muslim Brotherhood despite its denunciation of the group as a terrorist organization. An initial version of this story was first published in Inside Arabia A podcast version of this story is available on Soundcloud, Itunes , Spotify , Stitcher , TuneIn , Spreaker , Pocket Casts , Tumblr , Podbean, Audecibel , Patreon and Castbox. Java’s mosque landscape resembles a map dotted with flags marking outposts of various warring parties. Mosques with three-tiered tiled roofs reflect traditional Javanese cultural houses of worship. They outnumber the rapidly growing number of Saudi-funded mosques that sport a little dome rather than tiles as the third t
Post a Comment
Read more

Breaking with the past: China hints at greater political engagement in the Middle East 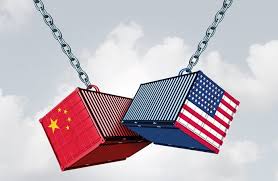 By James M. Dorsey A podcast version of this story is available on Soundcloud, Itunes , Spotify , Stitcher , TuneIn , Spreaker , Pocket Casts , Tumblr , Podbean, Audecibel , Patreon and Castbox. China is contemplating greater political engagement in the Middle East in what would constitute a break with its longstanding effort to avoid being sucked into the region’s myriad conflicts and a bid to counter mounting US pressure to force Gulf states to curtail relations with the People’s Republic. Prominent Chinese scholars, close to the government in Beijing, have increasingly hinted in recent weeks at a possible policy change in public statements and writings. The hints come as the reliability of the United States as a regional security guarantor is increasingly being questioned. They also coincide with mounting tensions between the United States and China that have sparked US pressure on countries it considers allies, partners and/or friends to limit their tec
Post a Comment
Read more

JMD on NBN: The Gulf Region and Israel by Sigurd Neubauer

SIGURD NEUBAUER The Gulf Region and Israel Old Struggles, New Alliances KODESH PRESS 2020 July 21, 2020 James M. Dorsey Gulf scholar Sigurd Neubauer’s  The Gulf Region and Israel: Old Struggles, New Alliances  makes a significant contribution to our understanding of what drives shifting alliances in the Middle East, an ever more volatile part of the world. Shunned by Arab states for much of its existence, Israel has become in recent years a key factor in efforts by Gulf states to punch above their weight, shape the greater Middle East in their mould, box in countries like Iran and Turkey, and manage their reputations in Washington and ties to the United States. A keen student of the region, Neubauer clearly lays out the limitations of burgeoning alliances in the absence of the resolution of the Middle East’s myriad conflicts among which are the dispute between Israelis and Palestinians and the rift between Gulf states. In doing so, he has writte
Post a Comment
Read more

Flying Under the Radar: Iranian Alternatives to Suez and Belt and Road 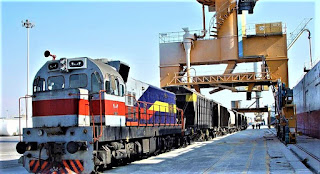 by  James M. Dorsey  | Jul 21, 2020 An initial version of t his story was first published in Inside Arabia A podcast version of this story is available on Soundcloud, Itunes , Spotify , Stitcher , TuneIn , Spreaker , Pocket Casts , Tumblr , Podbean, Audecibel , Patreon and Castbox. Iran, together with India and Russia, is pushing forward with a sea and rail corridor that could substantially reduce the time and cost of shipping goods from India to Europe. If successful, the corridor could challenge the Suez Canal’s primacy and give Iran a significant advantage as its rivalry with Saudi Arabia and the United Arab Emirates plays out in Central Asia. Islamic Republic of Iran Railways (RAI) is the national state-owned railway system of Iran (Photo courtesy Railway Gazette International) As Eurasia’s geopolitical sands shift, Iran is touting a sea and rail hook-up involving Iranian, Russian, and Indian ports that would link the sub-continent to northern E
Post a Comment
Read more

The China-Iran Deal: It’s not about business but geopolitical poker 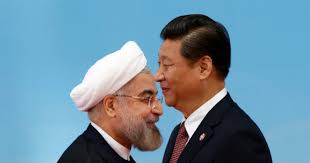 By James M. Dorsey A podcast version of this story is available on Soundcloud, Itunes , Spotify , Stitcher , TuneIn , Spreaker , Pocket Casts , Tumblr , Podbean, Audecibel , Patreon and Castbox. Hobbled by harsh US sanctions and a global economic downturn, Iran has discovered a new opportunity: hot air that carries messages to its opponents. China, albeit far less economically impaired, sees virtue in the business too. A proposed 25-year humongous China-Iran cooperation deal has proven to be good business. Realms of media reporting and analysis and commentary by pundits serves to ensure that the two countries’ messages are delivered loud and clear. The two countries have provided the evidence to keep the story alive: Numerous agreements signed by Presidents Xi Jinping and Hassan Rouhani during the Chinese leader’s visit to the Middle East in 2016 would, if implemented, expand economic relations between the two countries by a factor of ten to $US600 billion
Post a Comment
Read more
More posts