Showing posts from March, 2020
Show all

China manoeuvres to protect its interests while keeping its hands clean 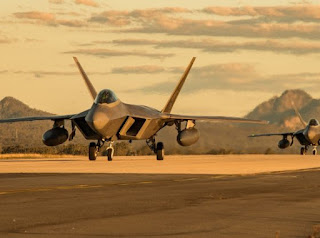 Written by  James M. Dorsey . A podcast version of this story is available on Soundcloud, Itunes , Spotify , Stitcher , TuneIn , Spreaker , Pocket Casts , Tumblr , Podbean, Audecibel , Patreon and Castbox . The question is not if, but when the long-standing American defence umbrella in the Gulf, the world’s most militarised and volatile region, will be replaced by a multilateral security arrangement that would have to include China as well as Russia. The United States’ perceived diminishing commitment to the Gulf and the broader Middle East and mounting doubts about the deterrence value of its defence umbrella leave the Gulf stuck between a rock and a hard place. The American umbrella is shrinking, but neither China nor Russia, despite their obvious interests, are capable or willing simply to shoulder the responsibility, political risk and cost of replacing it. On balance, China’s interests seem self-evident. It needs to secure its mushrooming political and
Post a Comment
Read more

Refugees and Shantytowns in MENA and Beyond Imperil Global Public Health 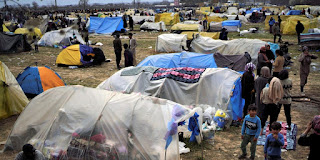 by  James M. Dorsey  | Mar 24, 2020 This article was first published on Inside Arabia A podcast version of this story is available on Soundcloud, Itunes , Spotify , Stitcher , TuneIn , Spreaker , Pocket Casts , Tumblr , Podbean, Audecibel , Patreon and Castbox . Syria’s announcement of its first COVID-19 case highlights the public health threat posed by war zones that produce millions of refugees and displaced persons living in sub-human and sub-standard health and hygienic conditions. The enforcement of international law governing wars and respect for human and minority rights is now critical. Indiscriminate in targeting its victims, the latest coronavirus (COVID-19) casts a very different light on the need to enforce international law governing wars as well as human and minority rights. It exposes the needs of tens of millions of refugees and displaced persons in destitute camps in Turkey, Lebanon, Syria, Jordan, and Bangladesh and shantytowns across Asia
Post a Comment
Read more 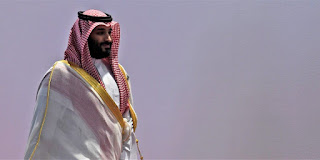 Playing for Higher Stakes: Saudi Arabia Gambles on Oil War with Russia by  James M. Dorsey  |  Mar 17, 2020 This article was first published on Inside Arabia A podcast version of this story is available on Soundcloud, Itunes , Spotify , Stitcher , TuneIn , Spreaker , Pocket Casts , Tumblr , Podbean, Audecibel , Patreon and Castbox . With stock markets crashing and economies grinding to a halt as the world struggles to get a grip on the Coronavirus, Saudi Crown Prince Mohammed bin Salman could not have chosen a worse time to wreak havoc on energy markets by launching a price and production war against Russia. Saudi Arabia's Crown Prince Mohammed bin Salman at the G-20 summit in Osaka, Japan. June 28, 2019 (AP Photo Susan Walsh, File) Saudi Arabia’s oil spat with Russia throws a spanner into the works of the Kingdom’s long-standing effort to hedge its bets, a strategy that has taken on added significance as the Gulf comes to grips with the likelihoo
Post a Comment
Read more

Coronavirus: The Middle East’s lessons not learnt and missed opportunities 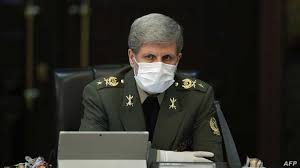 By James M. Dorsey A podcast version of this story is available on Soundcloud, Itunes , Spotify , Stitcher , TuneIn , Spreaker , Pocket Casts , Tumblr , Podbean, Audecibel , Patreon and Castbox . There is little indication that Middle Eastern rulers are learning the lessons of the Coronavirus’ devastating effect. Nor is there any suggestion that they are willing to see the pandemic as an opportunity to negotiate new social contracts at a time that the virus has temporarily taken the sails out of mass anti-government protests in various countries and discontent continues to simmer in others. On the contrary. Iran has become the poster child of what happens when the public distrusts a government that has a track record of being untransparent from the outset of a crisis, limits freedom of expression that often creates early warning systems that could enable authorities to take timely, pre-emptive measures to avert or limit the damage, and is perceived as c
Post a Comment
Read more

Biden, Sanders, or Trump: US Policy Towards the Gulf Will Change Regardless 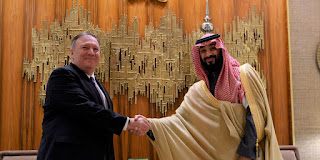 By James M. Dorsey This story was first published on Inside Arabia . A podcast version of this story is available on Soundcloud, Itunes , Spotify , Stitcher , TuneIn , Spreaker , Pocket Casts , Tumblr , Podbean, Audecibel , Patreon and Castbox . The fight in this week’s Democratic primaries may have been about who confronts Donald J. Trump in November’s US presidential election, Bernie Sanders or Joe Biden. But irrespective of who wins the primaries and the election, one thing is certain: the next American leader will preside over fundamental changes in the US military commitment to the Gulf and what a new regional security architecture will look like. No doubt, a President Sanders, based on his electoral campaign promises, would likely oversee the most fundamental shift in US policy towards the Gulf and the rest of the Middle East in decades. Yet, even if Mr. Sanders fails to become the Democratic candidate in the November election, or loses to Mr. Tru
Post a Comment
Read more
More posts