Showing posts from April, 2021
Show all

By James M. Dorsey Sports governance worldwide has had the legs knocked out from under it. Yet, national and international sports administrators are slow in realizing the magnitude of what has hit them. Tectonic plates underlying sports’ guiding principle that sports and politics are unrelated have shifted, driven by a struggle against racism and a quest for human rights and social justice. The principle was repeatedly challenged over the last year by athletes as well as businesses forcing national and international sports federations to either support anti-racist protest or at the least refrain from penalizing athletes who use their sport to oppose racism and promote human rights and social justice, acts that are political by definition. The assault on what is a convenient fiction started in the United States as much a result of the explosion of Black Lives Matter protests on the streets of American cities as the fact that, in contrast to the fan-club relationship in much of
Post a Comment
Read more

Jordan is where domestic and regional fissures collide 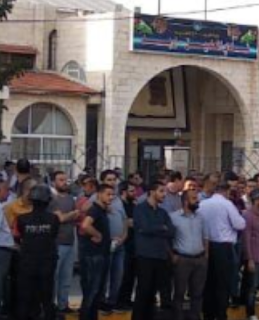 By James M. Dorsey Former Crown Prince Hamzah bin Hussein has papered over a rare public dispute in the ruling Jordanian family in a move that is unlikely to resolve long-standing fissures in society and among the country’s elite and that echo multiple Middle Eastern fault lines. Differences over socio-economic policies, governance, and last year’s normalization of relations between Israel, the United Arab Emirates and three other Arab states as well as leadership of the Muslim world were laid glaringly bare by a security crackdown that targeted not only Prince Hamzah, a popular, modest, and pious 41-year-old half-brother of King Abdullah, but also seemingly unrelated others perceived by the monarch as a threat. Reading tea leaves, the perceived threats may be twofold albeit unrelated: Prince Hamzah’s association with powerful conservative tribes who over the last decade have demanded an end to corruption and prominent figures with close ties to Saudi Arabia. The kingdom, hom
Post a Comment
Read more
More posts