Showing posts from June, 2014
Show all 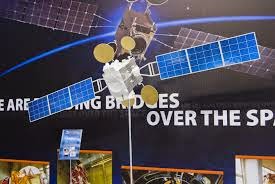 By James M. Dorsey
No matter how entrenched animosities in the Middle East may be, one principle is upheld by all: never miss an opportunity to miss an opportunity. The controversy over access to broadcasts of World Cup matches makes that clear.
Pricing by Qatari entities holding World Cup rights for the Middle East and North Africa, including Al Jazeera’s belN Sports channel, puts broadcasts beyond the reach of many football fans in the region. Inevitably, that is a public issue in a soccer-crazy part of the world. Add into the mix Arab-Israeli animosity and hostility towards Qatar because of its support of the Muslim Brotherhood and the issue becomes politically explosive.
In Lebanon, high Qatari pricing for access to World Cup matches commanded the attention of a Cabinet preoccupied with shielding the ethnic and religious mosaic from further fallout of sectarian and jihadist violence in Syria and Iraq. In Egypt, where Qatar is loathed by opponents of the Muslim Brotherhood and Al …
Post a Comment
Read more

June 27, 2014
Your browser does not support this audio 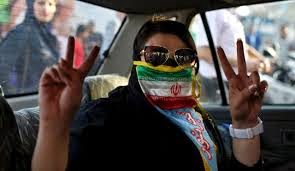 By James M. Dorsey
This year’s World Cup is not just about soccer – at least not as far as the Middle East and North Africa is concerned. For Iran and Algeria, the region’s only two teams competing among the 32 finalists in Brazil, it is about projection on the global stage and equating soccer prowess with national strength. For others in the region, the World Cup is one more round in long-standing political battles and propaganda wars.
Israel, often the target of these wars, appears to be emerging rather unscathed from the Brazil round. Beyond successfully fending off, at least for now, Palestinian attempts to have its membership in world soccer body FIFA suspended, it has fared reasonably well in its efforts to equate opposition to Israeli policy with anti-Jewish sentiment and position itself as an island of rationality in a sea of insanity.
In doing so, it has benefitted from expressions of pro-Nazi and fascist sentiment by Eastern European fans, the at times inter-twining of legi…
Post a Comment
Read more

Only a game? Not in Egypt (JMD quoted in The National)

Only a game? Not in EgyptAnna Zacharias June 24, 2014Updated: June 24, 2014 23:20:00
One-page article
The eyes of the world may be on Brazil and the World Cup but before Messi and Maradona, before even Pele, there was Al Ahly and there was Zamalek. Related■ State visit kicked off passion for football Video: Egypt divided on soccer violence death sentences■ 31 killed in Egypt clashes over death sentences for football fans■ Egypt charges 75 people in deadly Port Said football riot■ Dozens killed as rival Egypt football fans riot Topic
Egypt
Post a Comment
Read more 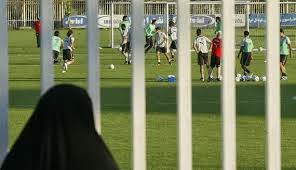 By James M. Dorsey
It didn't take long for it to emerge that Iranian President Hassan Rouhani shared an understanding of soccer’s political utility with his predecessor, Mahmoud Ahmadinejad, who’s militant and conservative policies he hopes to reverse.
Like Mr. Ahmadinejad, Mr Rouhani, a cleric, is seeking to identify himself with the success of his country’s national team that is delivering one of its best performance in this month’s World Cup in Brazil. Mr. Rouhani, who is negotiating with the United States and its fellow permanent members of the United Nations Security Council and Germany an end to the Iranian nuclear crisis and with Washington possible coordination of efforts to stymie the jihadist advance in Iraq, could however succeed where Mr. Ahmadinejad failed.
Hopes are riding high on Mr. Rouhani who this week posted a photograph of himself on Twitter relaxing at home in an Iranian team shirt and tracksuit bottoms. The photo, believed to be the first off-duty picture …
Post a Comment
Read more 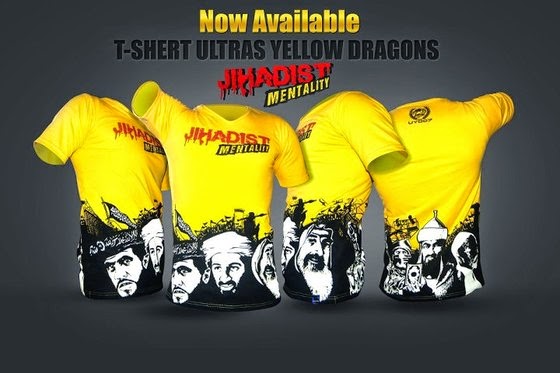 Source: The Long War Journal
By James M. Dorsey
It’s not just soccer fans whose football fever soars during a World Cup. So does that of militant Islamists and jihadists with deadly consequences. Scores of fans have been killed since this month’s kick-off of the Cup in attacks in Iraq, Kenya and Nigeria.
The attacks by the likes of the Islamic state in Iraq and Syria (ISIS), Al Shabab in Somalia and Boko Haram appear to have become a World Cup fixture with similar random slaughter having occurred during the 2010 tournament in South Africa.
They reflect the diversity of opinion among jihadists on the merits of soccer as well as a degree of opportunism among all jihadists, irrespective of their attitude towards the beautiful game, in exploiting its popularity whether by seeking to maximise publicity by targeting fans during the tournament or using it as a recruitment tool.
The attacks occurred against the backdrop of a series of statements and fatwas, religious opinions, by militant cle…
Post a Comment
Read more 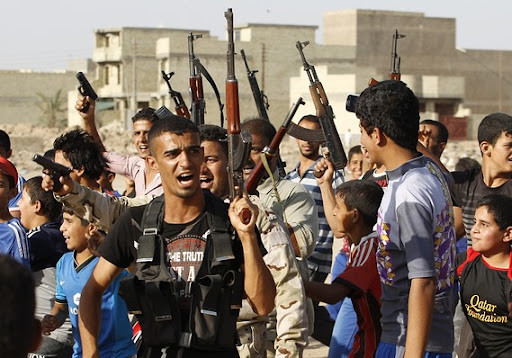 Reuters Iraqi Army volunteers in eastern Baghdad.
SINGAPORE (MarketWatch) — Short-sighted policies of the United States and its Middle East allies are taking their toll with costly, dangerous results: a growing number of nations in the region on the brink of disintegration or becoming failed states.
To be sure, national governments are responsible for their actions. The autocratic, sectarian policies of Syria’s President Bashar al-Assad and Iraqi Prime Minister Nuri al-Maliki have pitted their ethnic and religious communities against one another in civil wars that could foment militant Islamist, jihadist statelets. Click to Play Unlikely allies aid militants in IraqRadical Sunni fighters, who seized another northern Iraqi city on Monday, are being aided by local tribes who reject the Islamists'…
Post a Comment
Read more 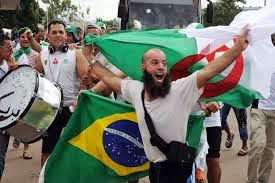 By James M. Dorsey
Millions across the Middle East and North Africa will cheer Algeria, the only Arab squad to qualify for the 2014 World Cup, when it meets Belgium this week in its first tournament match. That enthusiasm, certainly among fans who are aware of their power, is however likely to be tempered by the growing realization that politics, political interference, and whimsical micro-management by vain club owners has stymied performance by potential regional powerhouses.
Fan power has been evident across the region since the first popular revolts erupted in the Middle East and North Africa more than three years ago even if many did not realize that they were continuing a tradition of soccer playing an important role in the region’s development for more than a century.
Militant, highly politicized, well-organized and street battle-hardened fans helped topple in 2011 Egyptian president Hosni Mubarak as well as Tunisia’s Zine El Abidine Ben Ali. Algerian stadia are hotbeds of opp…
Post a Comment
Read more

The World Cup: Nationalism vs DisillusionJune 13, 2014 - 1:34pm | admin By: Sarah Lipkis The sport of soccer (known as football in much of the world) has proved to be a double-edged sword. One the one hand, it allows for the formation of a national identity that centers on a shared adoration of each nation’s team. Fans dressed in team colors, waving flags, and shouting slogans, all contribute to a sense of belonging and nationalism. They are proud of their team, their home, and their country. Through massive construction projects, upgraded infrastructure, and a host of related projects, hosting countries have the opportunity to paint a picture to the world of tremendous growth, exciting opportunities in terms of economic development, tourism and simply a sense of deeply-held nationalism. Soccer, though played professionally by about 4 percent of the world’s population or some 280 million people, with at least 3 billion expected to tune in to the matches in Brazil this month, does not nec…
Post a Comment
Read more 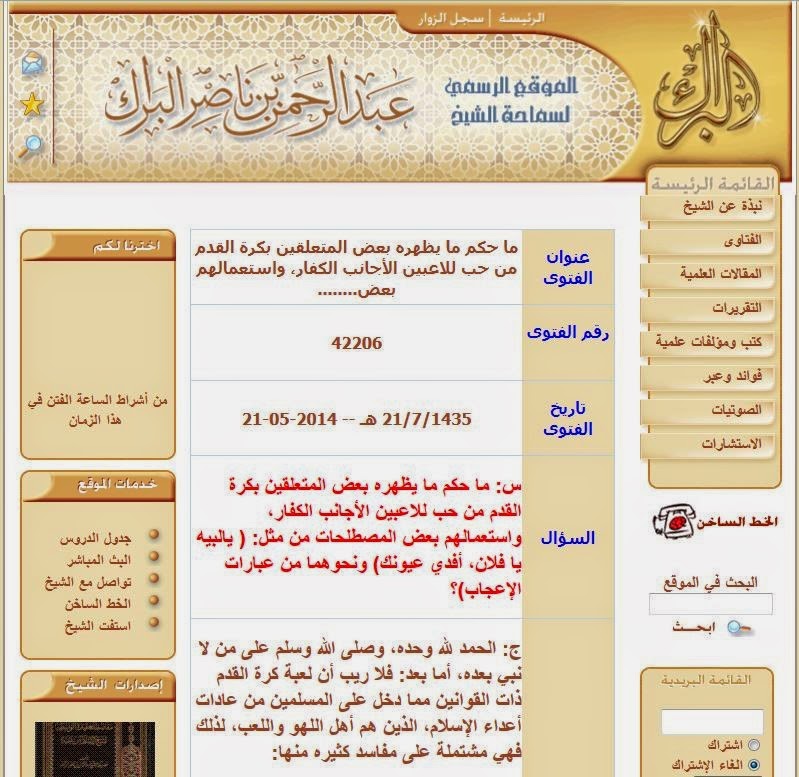 Sheikh Abdel Rahman Al-Barrak issues an opinion soccer
By James M. Dorsey
Ultra-conservative clerics are condemning soccer as a Jewish and Christian tool to undermine Islamic culture as millions of Muslims across the globe tune in to watch the 2014 World Cup in Brazil.
The condemnations revive a long-standing debate among conservatives as well as militants about the rectitude of the world’s most popular sport. They constitute one side of a divide among jihadis and Salafis, arch conservatives who seek to emulate to the degree possible 7th century Muslim life at the time of the Prophet Mohammed and his immediate successors.
On the other side of the divide are some of the world’s most prominent jihadist and militant Islamist leaders, including the late Osama Bin Laden, Hamas’ Gaza leader Ismail Haniyeh and Hezbollah chief sheikh Hassan Nasrallah, who are avid soccer fans. They recognize the sport’s bonding and recruitment qualities. The Islamic State of Iraq and Syria (ISIS), the jihadist …
Post a Comment
Read more
More posts