Showing posts from June, 2016
Show all

Volleyball in Iran: A litmus test for women’s rights 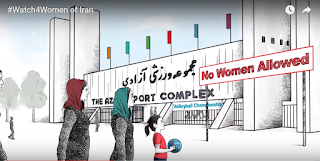 By James M. Dorsey An international volleyball tournament in the Iranian capital has thrown into sharp relief a debate in international sporting associations on how to deal with nations that restrict women’s rights as athletes and/or spectators. How the Federation Internationale de Volleyball (FIVB) evaluates next month’s World League in Tehran is likely to shape debate on how international sports should handle countries guilty of violations of women’s and human rights. At stake in the debate is whether international sports associations should refuse hosting rights to nations who restrict women’s rights or use the awarding of tournaments as a means of fostering domestic pressure for the lifting of restrictions. The debate focuses on Iran, which unlike Saudi Arabia, the only other country that bans women from attending male sporting events and men from watching women’s competitions, is eager to host international tournaments. FIVB, in contrast to world soccer body FI
Post a Comment
Read more

Egypt inches towards return of militant fans to stadium terraces 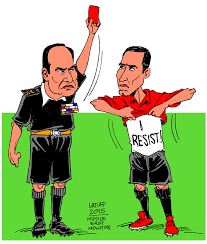 By James M. Dorsey Egypt may be inching towards a return to the stands of soccer fans, who played a key role in the 2011 toppling of President Hosni Mubarak and have been barred entry into stadiums for much of the last five years. Clubs, players and fans see a June 28 CAF Champions League match between storied Cairo club Al Ahli SC and Ivory Coast’s ASEC Mimosas Abidjan as a dry run for a gradual lifting of the ban that has repeatedly sparked at times deadly clashes between militant, street battle-hardened fans and security forces. International matches have been largely exempted from the ban to shield the government from potential accusations of responsibility for the poor performance of an Egyptian squad because it lacked the support in the stadium of its supporters. --------------------------------------------------------------------------- JUST PUBLISHED: The Turbulent World of Middle East Soccer. To order: http://www.hurstpublishers.com/book/the-turbul
Post a Comment
Read more

Kuwaiti rulers fight their internal battles on the sports field 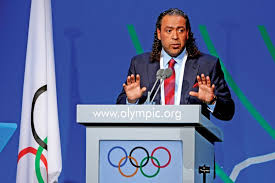 By James M. Dorsey Political infighting within Kuwait’s ruling family is about to take a dramatic turn with reports that the Gulf state plans to dissolve its national sports organizations in a blatant illustration of the incestuous relationship between sports and politics. The expected Kuwaiti move, part of an effort to sideline Sheikh Ahmad Al-Fahad Al-Sabah, a member of the Gulf state’s ruling family and one of world sports’ most powerful men, and his brother, Sheikh Talal Al-Fahad, the head of Kuwait’s National Olympic Committee (NOC), is the latest episode in a longstanding power struggle that has played out in Kuwaiti courts and international sports. Sheikh Ahmad as a member of the International Olympic Council (IOC) and the FIFA Council that governs world soccer as well as his detractors in the ruling family who control the levers of power in Kuwait have both involved and manipulated international sports associations in what is effectively a political battle u
Post a Comment
Read more

Power in Turkey: Islamist power struggle returns to the pitch 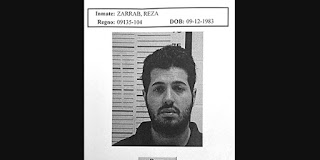 By James M. Dorsey The opening of a court case against Turkish soccer star Hakan Sukur on charges of insulting the president takes Recep Tayyip Erdogan’s autocratic ambitions back to their origins: an Islamist power struggle with exiled preacher Fethullalh Gulen that erupted five years ago on the pitch. A soccer player-turned-politician who in 2011 was elected to parliament as a representative of Mr. Erdogan’s Justice and Development Party (AKP), Mr. Sukur stands accused of asserting in February 2015 that the president was guilty of theft. Mr. Sukur, who sided with Mr. Gulen in his dispute with Mr. Erdogan, was referring to charges in 2013 of corruption against Cabinet ministers, the director of a state bank and members of the president’s family by pro-Gulen prosecutors that were at least partly related to Iran sanctions busting. The charges rocked Turkey at the time. Mr. Sukur may well be sentenced as many others have in a Turkey that is being subjected to Mr
Post a Comment
Read more

Iran doubles oil exports since sanctions lifted 15 JUNE 2016, 13:43 (GMT+04:00 ) Tweet By Fatma Babayeva Iran seems committed to push forward with plans to pump additional barrels of oil into an already oversupplied market. The country’s crude output has crossed over 3.8 million barrels a day during the current month, which marks about 40 percent increase since the western sanctions were lifted. Iran’s Petroleum Minister Bijan Zangeneh announced about this during the public meeting of the Iranian Parliament on June 13, Shana news agency reported. Zangeneh noted that Iran has doubled oil exports, which reached 2 million barrels per day now. The Minister stressed the need for foreign investment to develop the country’s oil and gas industry as well. Iran plans to push its oil exports up to 2.2 million barrels a day by the end of this summer. In late May, the oil production in Iran amounted to 3.562 million barrels per day, which was 90,000 barrels more
Post a Comment
Read more 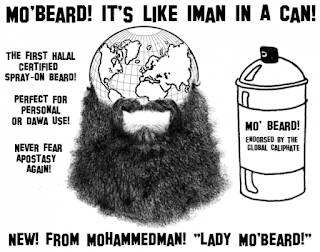 By James M. Dorsey The Muslim world’s battle over the legitimacy of political Islam has expanded to the soccer pitch as proponents and opponents of interpreting the faith politically seek to impose their public morals with men’s hairstyles and facial hair taking centre stage. At the core of the battle are fans and players, a reflection of society as a whole, who seek to exercise their right to choose their preferred styles often in opposition to efforts by autocrats to impose their will depending on their attitude towards public morals and political Islam. The crackdown on hairstyles is part of a larger battle to control public morals by autocrats who either seek to ban religious expression from public life or impose pious behaviour. Soccer fans sporting beards in the Central Asian nation of Uzbekistan, a country that see beards as potential expressions of empathy with political or militant Islam, were recently barred entry into a stadium. The move was widely seen a
Post a Comment
Read more
More posts