Showing posts from November, 2021
Show all

Saudi religious moderation is as much pr as it is theology 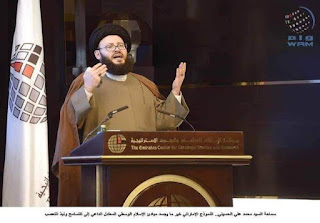 By James M. Dorsey Mohammed Ali al-Husseini, one of Saudi Arabia’s newest naturalized citizens , ticks all the boxes needed to earn brownie points in the kingdom’s quest for religious soft power garnered by positioning itself as the beacon of 'moderate,' albeit autocratic, Islam. A resident of Saudi Arabia since he had a fallout with Hezbollah, the Iranian-backed Lebanese Shiite militia, Mr. Al-Husseini represents what the kingdom needs to support its claim that its moderate form of Islam is religiously tolerant, inclusive, non-sectarian, pluralistic, and anti-discriminatory. More than just being a Shiite, Mr. Al-Husseini is the scion of a select number of Lebanese Shiite families believed to be descendants of the Prophet Mohammed. Put to the test, it is a billing with as many caveats as affirmatives – a problem encountered by other Gulf states that project themselves as beacons of autocratic interpretations of a moderate strand of the faith. Even so, Saudi Arabia,
Post a Comment
Read more

By James M. Dorsey Russia hopes to blow new life into a proposal for a multilateral security architecture in the Gulf, with the tacit approval of the Biden administration. If successful, the initiative would help stabilise the region, cement regional efforts to reduce tensions, and potentially prevent war-wracked Yemen from emerging as an Afghanistan on the southern border of Saudi Arabia and the Gulf of Aden and at the mouth of the Red Sea. For now, Vitaly Naumkin, a prominent scholar, academic advisor of the foreign and justice ministries, and head of the Institute of Oriental Studies at the Russian Academy of Sciences, is testing the waters, according to Newsweek , which first reported the move. Last week, he invited former officials, scholars, and journalists from feuding Middle Eastern nations to a closed-door meeting in Moscow to discuss the region's multiple disputes and conflicts and ways of preventing them from spinning out of control. Mr. Naumkin, who is beli
Post a Comment
Read more 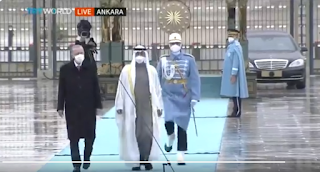 By James M. Dorsey It has been a good week for United Arab Emirates Crown Prince Mohammed bin Zayed. Headline-grabbing, fast-paced moves reinforce the UAE's position as a regional power. They highlight the UAE's willingness to chart a course that increasingly competes with Saudi Arabia, the Gulf's regional behemoth; is at times at odds with US policy; and scoffs at assertions of human rights abuse by activists and Western politicians. Controversial Emirati general Ahmed Naser al-Raisi was elected this week as the next president of Interpol despite calls by the European Parliament for an investigation into allegations that he oversaw physical abuse of detainees. Last month, two British nationals filed court cases against him. The UAE has denied the allegations. “Major General Al-Raisi is a distinguished professional with a 40-year track record in community and national policing. As the President of Interpol, he will remain committed to protecting people , making
Post a Comment
Read more 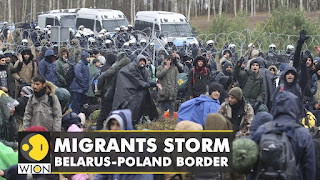 By James M. Dorsey Twenty-three-year-old Mohamed Rasheed was at a loss after returning to Iraq from a grueling failed attempt to cross the Belarus-Polish border. “ There’s no life for us here . There are no jobs; there is no future,” he told a Washington Post reporter. Another man, who had just disembarked from a repatriation flight from the Belarus capital of Minsk to Erbil in Iraqi Kurdistan, frowned and obscured his face with a scarf, according to the reporter, as he responded to a question about why he had left. “Those words cannot leave my mouth. Who dares to tell the truth here?” the man said. The two men were returning to a country whose population has largely been excluded from sharing in the benefits of its oil wealth . Youth unemployment hovers at about 25 per cent . Public good and services are poor at best. Security forces and militias crackdown on and fire live ammunition at protesters demanding wholesale change. Mohammed and his fellow returnee could have been
Post a Comment
Read more 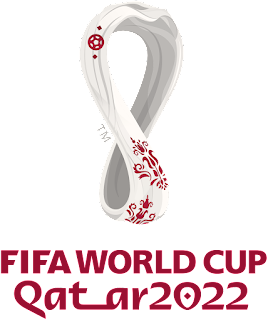 By James M. Dorsey When seven-time Formula One world champion Lewis Hamilton wore a helmet this weekend featuring the colours of the LGBTI Pride Progress Flag during the debut Qatar Grand Prix, he was challenging more than the Gulf state’s failure to recognise rights. So will the Danish Football Union (DBU), Denmark’s governing soccer body, that announced that its commercial sponsors had agreed to surrender space on training kits to allow for messaging critical of Qatar’s treatment of migrant workers . The union said it would also minimize the number of trips to Qatar by the Danish team that has already qualified for the 2022 World Cup to avoid commercial activities that promote the World Cup hosts’ events. The stance by Mr. Hamilton and the Danish union calls into question the success of Qatar’s use of sports as a pillar of its soft power strategy. Moreover, it lays bare the state-owned Al Jazeera television network's inability or unwillingness to report critically abou
Post a Comment
Read more
More posts