Showing posts from July, 2013
Show all

MEI Insight: Facing One's Demons: The Egyptian Military and the Brotherhood at a Crossroads

Introduction Events in Cairo have all the hallmarks of a return to the repression under ousted President Hosni Mubarak that prompted millions of Egyptians two years ago to camp out on Cairo’s Tahrir Square for 18 days until the military forced him to step down after 30 years in office. Little in the unfolding drama in Egypt genuinely responds to the demands put forward by the protesters two years ago: an end to the police state, greater political freedom, respect for human rights, an end to corruption, and justice and dignity. Is Egypt going to change? Or is this a return to Mubarak-style politics? Same-Same or Same-Different? Egypt was seemingly united two years ago when Mubarak was ousted. There were no mass demonstrations against the ousting of the president. This time round, the Muslim Brotherhood’s mass protests against the removal of President Mohammed Morsi, post-revolt Egypt’s first democratically elected leader, complicates things for the military that sees itself a
Post a Comment
Read more

Gulf rivalries spill on to the soccer pitch 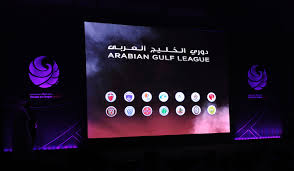 vs.  By James M. Dorsey The battle between Iran and various Gulf state for the identity of the energy-rich region has spilled onto its soccer pitches. It’s the Persian Gulf League vs. the Arabian Gulf League. The struggle erupted when the United Arab Emirates, alongside Saudi Arabia, the Gulf’s most fervent opponent of political Islam, recently renamed its premier league as the Arabian Gulf League. The Iranian football federation, whose own top league, the Persian Gulf League adheres to the Islamic republic’s position in the war of semantics, responded by blocking the transfer of Iranian players to UAE clubs and breaking the contracts of those who had already moved. The war has stopped Iran’s national team captain Javad Nekounam from being sold for $2 million to UAE club Al Sharjah. "We had to stop him from joining the Emirati league. We will ask the president (Mahmoud Ahmadinejad) to allocate" funds to compensate Mr. Nekounam for his loss
Post a Comment
Read more

The US Bogeyman in Post-coup Egypt

RSIS presents the following commentary The US Bogeyman in Post-coup Egypt by James  M. Dorsey. It is also available online at this  link . (To print it, click on this  link .). Kindly forward any comments or feedback to the Editor RSIS Commentaries, at   RSISPublication@ntu.edu.sg No. 136/2013 dated 22 July 2013 The US Bogeyman in Post-coup Egypt By James M. Dorsey Synopsis The military overthrow of President Mohammed Morsi has presented the Obama administration with a dilemma. While the US saw its tacit backing for the Saudi-backed military intervention as a way of steering Egypt towards a more consensual transition to democracy, the military viewed its toppling of Morsi as an opportunity to deal a body blow to the Muslim Brotherhood. Consequently the US has become the bogeyman of both the revolutionary youth movement and the Brothers. Commentary THE SAUDI-supported military overthrow of Egyptian president Mohammed Morsi on 3 Jul
Post a Comment
Read more 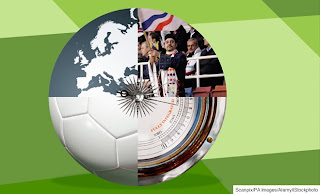 ICCS Journal James M Dorsey  reports on the successes that football teams have had in helping immigrant communities to integrate with wider society, observing that football can be a useful indicator of how well integration policies are working across Europe The phones ring continuously at Kurdish football club Dalkurd FF, a hot team for agents and players. In 2009, it signed Bosnian international Nedim Halilovic and upcoming Algerian-Swedish star Nadir Benchenaa. More prominent signings are in the works. Started in 2004 with the support of top Swedish football club IK Brage as a project to create jobs for Kurdish youth, Dalkurd’s meteoric rise has put it on the international football map and turned it into a model of how a Middle Eastern immigrant community can address its social and economic problems and project its identity. Dalkurd, one of three Swedish clubs that have fielded Europe’s most successful immigrant teams, was founded in Borlänge, a small iron and paper
Post a Comment
Read more
More posts