Showing posts from April, 2017
Show all

The pope in Egypt: Tiptoeing through a minefield

By James M. Dorsey Billed as a bid to stimulate inter-faith dialogue, Pope Francis, on a visit to Egypt , is tiptoeing through a religious and geopolitical minefield. Designed to improve the fragile position of Christians and other minorities in the Middle East, North Africa and the larger Muslim world, the pope is walking a tightrope amid Saudi-inspired Sunni Muslim ultra-conservatism that fuels intolerance and sectarianism across the region, and a power struggle between Egyptian general-turned-president Abdul Fattah Al-Sisi and Al Azhar, one of the world’s oldest and foremost seats of Islamic learning. In a boost of Orthodox Christian morale, Pope Francis paid homage to the scores of victims of the bombing earlier this month of two Coptic churches shortly after becoming the first head of the Vatican to set foot in Egypt in 17 years. The bombings were the latest jihadist attacks on religious minorities in the Middle East and North Africa that has persuaded Christi
Post a Comment
Read more 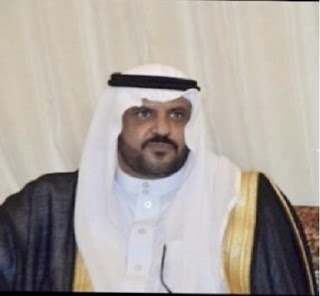 Saudi human rights activist Mohammed Abdullah Al-Otaibi By James M. Dorsey Saudi Arabia’s Shura or Advisory Council, in a sign that the kingdom is polarized over Deputy Crown Prince Mohammed Bin Salman’s plans to diversify and streamline the economy and liberalize its austere moral and social codes, has rejected a proposal to establish sports colleges for women . The rejection of the proposal by a 76:73 vote came a day after Saudi Arabia, which severely curtails not only women’s but also basic human rights, was elected as a member of the United Nations Women’s Rights Committee. “Electing Saudi Arabia to protect women’s rights is like making an arsonist into the town fire chief. It’s absurd," said Hillel Neuer, director of watchdog UN Watch . The rejection by the council that has only advisory and no legislative powers was but the latest indication that Prince Mohammed is encountering difficulty in ensuring popular endorsement of his reform plans enshrined
Post a Comment
Read more Rouhani’s defeat in upcoming election to put nuclear deal at risk‎ 25 April 2017 17:33 (UTC+04:00)         Baku, Azerbaijan, Apr. 25 By Fatih Karimov – Trend: If President Hassan Rouhani loses the upcoming presidential election to his conservative rivals, the nuclear deal will face serious challenges, an expert believes. “If Rouhani loses, given the US President Donald Trump’s anti-Iranian policy, the odds are that tension will escalate, putting the ‎nuclear agreement between Iran and the six world powers at serious risk,” James Dorsey, senior fellow at Nanyang Technological University's S. Rajaratnam School of International Studies, told Trend Apr. 25. President Trump clearly intends to turn up pressure on Iran and perhaps even attempt to provoke it to cancel the nuclear agreement, Dorsey said, adding that if anybody, can keep a cool head in those circumstances it is likely to be Rouhani even though he’ll be under pressure from hardliners. He f
Post a Comment
Read more 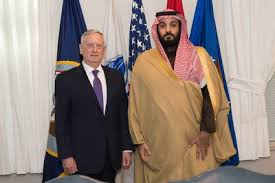 By James M. Dorsey Forced to acknowledge that Iran is complying with the nuclear agreement it concluded two years ago with the world’s major powers, US President Donald J. Trump appears to be groping for ways to provoke Iran to back out of the deal. If successful, Mr. Trump could spark a nuclear arms race in the Middle East at a time that a Chinese agreement to build a drone manufacturing plant in Saudi Arabia could initiate a similar drone race that threatens to take hostilities in the region to a whole new, more dangerous level. Mr. Trump’s strategy stems from the realization that the United States would render itself impotent if he were to unilaterally terminate the agreement with Iran. America’s European allies as well as Russia and China would condemn termination, uphold their end of the agreement, and refuse to adhere by punitive measures the United States might adopt. With other words, termination would significantly reduce the United States’ ability to influence
Post a Comment
Read more

April 24, 2017
King Scales Back Austerity Plan That Set Saudis Grumbling By Glen Carey , Nadeem Hamid and Vivian Nereim Updated on    April 24, 2017, 12:03 am Published on April 23, 2017, 7:28 am (Bloomberg) -- Saudi Arabia’s King Salman restored bonuses and allowances for state employees, scaling back an austerity program that generated criticism among citizens accustomed to generous state handouts. The government said the perks canceled in September were reinstated because higher-than-expected revenue helped to drive down the budget deficit. Minister of State Mohammed Alsheikh said in a statement to Bloomberg that the injection of more money was expected to stimulate economic growth, but others said the kingdom’s rulers were responding to the discontent the cutbacks created. The decision “constitutes a step back in terms of forging a new social contract that no longer offers the Saudi public cradle-to-grave welfare,” said James M. Dorsey, a Saudi specialist and senior fellow in
Post a Comment
Read more 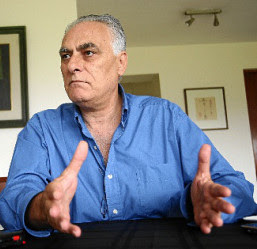 #9: Settlements and Soccer Apr 22, 2017 What does Israel’s West Bank settlement policy have to do with international soccer? Dr. James M. Dorsey, a senior fellow at the S. Rajaratnam School of International Studies and the co-director of the University of Würzburg’s Institute for Fan Culture, is the leading world expert on this subject. He is the author of  The Turbulent World of Middle East Soccer ,  a book that among other things explores the topic of this episode's discussion. Dorsey closely follows the way in which the Israeli-Palestinian conflict plays out on the soccer field, in FIFA, the international soccer association. FIFA is expected to take up the issue of Israel's establishing soccer clubs in West Bank settlements in the upcoming meeting of its governing bodies in Manama, Bahrain, on May 9th 2017.   Dr. Dorsey joined us by Skype from his home in Singapore. Apologies for the subpar audio quality. James M. Dorsey Download this Episode
Post a Comment
Read more

By James M. Dorsey Introduction Pakistan has been for at least four decades a major theatre of operations in the global struggle between Saudi Arabia and Iran for dominance in the Muslim world. The stakes for both regional powers are high given that Pakistan borders on Iran; shares with the Islamic republic the restless region of Baluchistan that potentially allows Saudi Arabia and Iran to stir the pot in each other’s backyard; and is home to the world’s largest Shiite minority viewed by the kingdom as an Iranian fifth wheel. To counter potential Iranian influence, Saudi Arabia has poured billions of dollars into supporting ultra-conservative forces in Pakistan that despite doctrinal theological differences with Wahhabism, the ultra-conservative worldview that underwrites the rule of the Al Saud family, adhere to an equally puritan, literal interpretation of Islam that is inward-looking, intolerant and supremacist in nature. [i] Saudi funding, a pillar of the kingdo
Post a Comment
Read more
More posts