Showing posts from November, 2019
Show all

Global Turmoil: Ethics offer a way out of the crisis 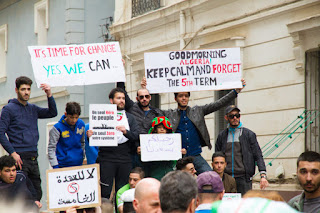 By James M. Dorsey A podcast version of this story is available on Soundcloud, Itunes , Spotify , Stitcher , TuneIn , Spreaker , Pocket Casts , Tumblr , Podbean, Audecibel , Patreon and Castbox . Rarely is out-of-the-box thinking needed more than in this era of geopolitical, political and economic turmoil. The stakes couldn't be higher in a world in which civilizationalist leaders risk shepherding in an era of even greater political violence, disenfranchisement and marginalisation, and mass migration. The risks are magnified by the fact that players that traditionally stood up for at least a modicum of basic economic, social, political and minority rights have either joined the civilisationalists or are too tied up in their own knots. The United States, long a proponent of human rights, even if it was selective in determining when to adhere to its principles and when to conveniently look the other way, has abandoned all pretence under President Dona
Post a Comment
Read more

Mending Gulf fences could weaken support for US sanctions against Iran 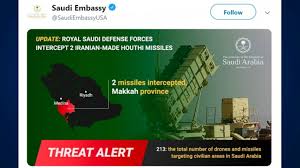 By James M. Dorsey A podcast version of this story is available on Soundcloud, Itunes , Spotify , Stitcher , TuneIn , Spreaker , Pocket Casts , Tumblr , Podbean, Audecibel , Patreon and Castbox . Saudi efforts to negotiate an end to the Yemen war in a bid to open a dialogue with Iran could call into question continued Gulf support for US President Donald J. Trump’s maximum pressure campaign against the Islamic republic. Saudi officials hope that talks mediated by Oman and Britain between the kingdom and Houthi rebels will lead to a revival of stalled talks between the Yemeni insurgents and the Saudi-backed, internationally recognized government of Abed Rabbo Mansour Hadi. Saudi crown prince Mohammed bin Salman has tasked his younger brother and Saudi deputy defense minister, Khalid bin Salman, with engineering an end to the Yemeni war as part of a broader revamp of Saudi foreign policy . The revamp involves a return to a more cautious foreign and defen
Post a Comment
Read more

Middle Eastern protests: A tug of war over who has the longer breath

By James M. Dorsey A podcast version of this story is available on Soundcloud, Itunes , Spotify , Stitcher , TuneIn , Spreaker , Pocket Casts , Tumblr , Podbean, Audecibel , Patreon and Castbox . Mass anti-government protests in several Arab countries are turning into competitions to determine who has the longer breath, the protesters or the government. In Algeria, Lebanon and Iraq, countries in which the leader was either forced to resign or has agreed to step down, authorities appear to be dragging their feet on handovers of power or agreed transitional power sharing arrangements in the hope that protesters, determined to hold on to their street power until a political transition process is firmly in place, either lose their momentum or are racked by internal differences. So far, protesters are holding their ground, having learnt the lesson that their achievements are likely to be rolled back if they vacate the street before having cemented an agreement o
Post a Comment
Read more

By James M. Dorsey A podcast version of this story is available on Soundcloud, Itunes , Spotify , Stitcher , TuneIn , Spreaker , Pocket Casts , Tumblr , Podbean, Audecibel , Patreon and Castbox . Presidents Donald J. Trump and Recep Tayyip Erdogan had a plateful of thorny issues on their agenda when they met in the White House this week. None of the issues, including Turkey’s recent invasion of northern Syria, its acquisition of a Russian anti-missile system and its close ties to Russia and Iran, appear to have been resolved during the meeting between the two men in which five Republican senators critical of Turkey participated . The failure to narrow differences didn’t stop Mr. Trump from declaring that "we've been friends for a long time, almost from day-one. We understand each other’s country. We understand where we are coming from ." Mr. Trump’s display of empathy for an illiberal leader was however not the only tell-tale sign of the p
Post a Comment
Read more

Gulf soccer suggests that “The Times They Are a-Changin” 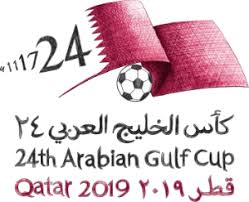 By James M. Dorsey A podcast version of this story is available on Soundcloud, Itunes , Spotify , Stitcher , TuneIn , Spreaker , Pocket Casts , Tumblr , Podbean, Audecibel , Patreon and Castbox . Gulf soccer may be giving Bob Dylan’s 1964 hit, ‘The Times They Are a-Changin,’ a new lease on life. Qatar surrendered its Arabian Gulf Cup hosting rights to Kuwait two years ago , months into the United Arab Emirates-Saudi-led diplomatic and economic boycott of the Gulf state, after the boycotting countries said they would not participate in a Doha-hosted tournament. The boycott remains in place more than two years later, but this time round squads from the boycotting countries, Saudi Arabia, the UAE and Bahrain, have no problem competing in this year’s Gulf Cup in Qatar. The decision not to boycott is the latest indication that Gulf states may be gradually moving to a reduction of tensions that have divided the region’s conservative energy-rich monarchies, ra
Post a Comment
Read more
More posts