Showing posts from September, 2016
Show all

Fighting for the Soul of Islam: A Battle of the Paymasters

RSIS Commentary is a platform to provide timely and, where appropriate, policy-relevant commentary and analysis of topical issues and contemporary developments. The views of the authors are their own and do not represent the official position of the S. Rajaratnam School of International Studies, NTU. These commentaries may be reproduced electronically or in print with prior permission from RSIS and due recognition to the author(s) and RSIS. Please email: RSISPublications@ntu.edu.sg for feedback to the Editor RSIS Commentary, Yang Razali Kassim.  No. 241/2016 dated 30 September 2016 Fighting for the Soul of Islam: A Battle of the Paymasters By James M. Dorsey Synopsis A gathering of prominent Sunni Muslim leaders in the Chechen capital of Grozny that appeared to have effectively excommunicated Saudi-backed ultra-conservatism potentially opens not only a theological but also a geopolitical rift in the Muslim world. The conference, sponsored and attended by some
Post a Comment
Read more 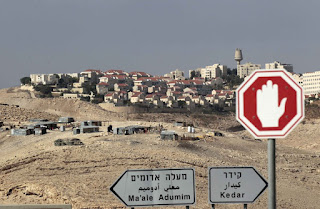 By James M. Dorsey Human Rights Watch (HRW) has accused world soccer body FIFA of allowing FIFA-sanctioned matches to be played on occupied land in the West Bank in violation of FIFA rules and has demanded that the group ensure that future games be staged within the borders of Israel prior to the 1967 Middle East war. The HRW allegations bring to the forefront longstanding similar assertions by the Palestine Football Association (PFA) that Israel is illegally allowing teams from Israeli settlements on occupied West Bank land to play in Israeli leagues. Palestinian efforts to get Israel sanctioned faded into the background after the Palestine Football Association (PFA) last year failed to muster sufficient votes to suspend the Israel Football Association’s (IFA) FIFA membership. HRW released its report in advance of a FIFA meeting scheduled for October in which the group is expected to discuss barring Israeli soccer clubs from playing in the West Bank. The Israel Foo
Post a Comment
Read more 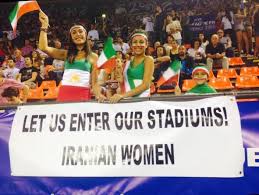 By James M. Dorsey This is an expanded version of remarks made at Interdisciplinary Net’s Politics, Money and Sport Places, and Mega Events workshop in Oxford, 13-15 October 2016 This is a story as much about Saudi Arabia or for that matter about Iran as it is about international sports associations and how they balance upholding their principles and values with a realistic assessment of how they can best ensure compliance by member associations. In fact, this story could just as well be about whether Qatar against the backdrop of criticism of its labour regime should be allowed to host the 2022 World Cup or whether collective punishment that penalizes guilty and innocent athletes alike is the way to go in the case of Russia that stands accused of endorsing doping. The issue in Saudi Arabia and Iran is women’s sporting rights. In Iran, it really is about only one right; the right to attend male sporting tournaments. Iranian women sports is otherwise by and large well
Post a Comment
Read more

Politics and Soccer in the Middle East By Peter Alegi | September 19th, 2016  No Comments The  Football Scholars Forum  opened its 2016-17 season on September 19, with a discussion of James Dorsey’s long-awaited new book,  The Turbulent World of Middle East Soccer . A journalist and Senior Fellow at the S. Rajaratnam School of International Studies at Singapore’s Nanyang Technological University, Dorsey’s  blog  “(has) become a reference point for those seeking the latest information as well as looking at the broader picture” on Middle East soccer and politics, according to FSF member Alon Raab, who teaches at the University of California Irvine. The forum’s twenty participants spread out across North and South America, Africa, Europe, and, naturally, the Middle East, engaged in a lively discussion with the author. Dorsey began by describing the origin of the project and a disclaimer that he is neither a player or fan of the game. The book, he stated, is about politics,
Post a Comment
Read more 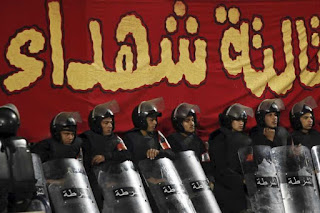 By James M Dorsey An Egyptian businessman with close ties to general-turned-president Abdel Fattah Al-Sisi has submitted a bid for the broadcasting rights of the Confederation of African Football (CAF) in a move that is widely seen as an effort to polish the image of Egypt, tarnished by massive abuse of human rights, failing economic policies, and a military coup that put in 2013 put an end to the country’s first democratic experiment. The $600 million bid also challenges the predominance among Arab satellite broadcasters of BelN, the Qatar-owned sports network that is part of Al Jazeera, and has bought broadcasting rights across the globe. Finally, if successful, the bid could help improve Mr. Al-Sisi’s domestic standing at a time that the president is struggling economically and being propped up by funding from Saudi Arabia and the United Arab Emirates. Many Egyptians cannot afford BelN’s subscription rates that range from $7.5 to $54 a month. Relations betwe
Post a Comment
Read more

Remarks by James M. Dorsey at the Asian Research Institute on 30 August 2016 Political transitions are processes, not momentary events. They can take a quarter of century if not more. Philippines President Rodrigo Duterte is as much an expression of a global trend driven by economic, political and geopolitical uncertainty and security and safety fears that produces lack of confidence in the system and existing leadership as are Donal Trump, the 2011 Arab popular revolts; the rise of the far right in Europe; tensions between concepts of freedom, privacy and security; and the wind in the sails of democratically elected, illiberal leaders such as Recep Tayyip Erdogan in Turkey,  Vladimir Putin in Russia, Benyamin Netanyahu in Israel and Narendra Modi in India. Nonetheless, there are specific reasons why the transition process has moved forward in Southeast Asia despite the military coup in Thailand and the corruption and governance issues that Malaysia is confr
Post a Comment
Read more

Remarks by Teresita Cruz-Del Rosario at the Asian Research Institute on 30 August 2016 In November 2015 when we submitted the final manuscript, the overall tone of the book was upbeat for Southeast Asia.  Except for Thailand, the countries in Southeast Asia, particularly Indonesia, Myanmar, and the Philippines, seemed poised to complete their democratic transition, rebuild institutions founded on the principles of democratic governance, and enshrine the principles and practices of open participatory systems.  The one bright light in the Middle East/North Africa is Tunisia whose Quartet for Democracy had just won a Nobel Peace Prize for its role in the democratic transition. In the past two months, since the Philippine electorate gave a whopping mandate to Rodrigo Duterte, some 2000 Filipinos have died, mostly on allegations of drug use/abuse, none of them having had the opportunity to seek redress through the judicial system.  Rule of law seems to have been usurped
Post a Comment
Read more
More posts