Showing posts from August, 2015
Show all

The Middle East: Who says popular quest for change has been quelled? 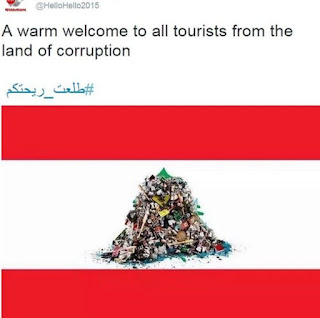 By James M. Dorsey A series of recent mass protests in several Arab countries have called into question suggestions that civil wars, brutal crackdowns and military coups and interventions have quelled popular willingness to stand up for rights in the Middle East. The protests, although focussed on specific social and economic demands, fundamentally have the same objectives as popular revolts four years ago that toppled four autocrats: dignity, social justice and greater freedoms. The civil wars in Libya and Syria, Saudi military intervention in Bahrain and Yemen, the Gulf-backed military coup in Egypt, and the rise of the Islamic State seemingly put hopes for a democratic transition in the Middle East and North Africa to bed. The struggle against jihadist extremism and populations cowed by the violence and the brutality that counterrevolutionary forces were willing to employ had buried any chance of renewed civic protest. Protesters in Lebanon, Iraq and Egypt are vo
Post a Comment
Read more By James M. Dorsey The Turkish Football Federation (TFF), in a demonstration of the inseparable ties between sports and politics, has effectively declared its support for renewed Turkish-Kurdish hostilities designed to enhance the prospects of President Recep Tayyip Erdogan’s ruling party in forthcoming snap elections. With armed Kurdish youth effectively taking control of at least one predominantly Kurdish city in south-eastern Turkey, Turkish war planes pounding Kurdistan Workers Party (PKK) positions in the region as well as in northern Iraq as well the People's Defence Forces (HPG), the PKK affiliate in Syria; Turkish authorities arresting some 1,000 alleged PKK supporters; and PKK attacks on Turkish security forces, the TFF is preparing to penalize a third league club for releasing white peace doves at the beginning of a competition match. The ruling Justice and Development Party (AKP) failed in June to win the majority it needed to again form a one party g
Post a Comment
Read more

By James M. Dorsey Abstract Wars inevitably spark change. That is no truer than in the war in Gaza no matter what Hamas and Israel say. The signs of changing attitudes of Israel and Hamas towards one another go significantly beyond the fact that the two sworn enemies who refuse to recognize one another are negotiating even if only indirectly. They also go beyond the fact that the road to the Cairo talks was paved in part on indirect negotiations between Hamas and the United States, which like Israel has declared Hamas a terrorist organization. While some European officials have been urging Israel to negotiate directly with Hamas. Keywords: Middle East, Israel, Palestine, Gaza, Hamas, Egypt Israeli Prime Minister Benyamin Netanyahu announced changed Israeli attitudes towards Hamas when he defined Israel’s goal in the Gaza war as the weakening of Hamas military capability, if not the demilitarization of the group, rather than his long standing objective of total
Post a Comment
Read more Mid-East Debate Turns to ISIS Longevity By  Robert Swift   | The Media Line August 26, 2015 Members of the Iraqi paramilitary Popular Mobilization units celebrate with a flag of the Islamic State (ISIS) group after retaking the village of Albu Ajil, near the city of Tikrit, from the jihadist group, on March 9, 2015. (Photo: AHMAD AL-RUBAYE/AFP/Getty Images) Differences abound in predictions of the Islamic State’s life span The Islamic State (ISIS) has already outlived predictions of its early demise offered by some US military officials. The Islamist group has survived the near fatal assassination of its leader Abu Bakr Al-Baghdadi by airstrike earlier this year and has continued its voracious march across Iraq and Syria virtually unimpeded, holding on to territory roughly equal to the size of Belgium despite the reported deaths of some 15,000 of its fighters who were killed by US-led air strikes. That the group has been targeted by the coalition of
Post a Comment
Read more

Thinking the Unthinkable: Coming to Grips with the Survival of the Islamic State 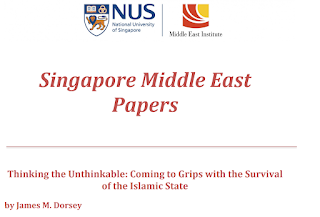 ‘The king is dead, long live the king’ Reports that self-declared caliph Abu Bakr al-Baghdadi, the leader of the Islamic State, was seriously wounded in a coalition strike in early 2015 has done little to weaken the group as it fights multiple battles in Iraq and Syria. The Islamic State (IS), despite news reports that Al-Baghdadi was paralyzed in the attack has stood its ground in Syria, made advances in Iraq, and according to some Iraqi lawmakers as well as the group’s captured Baghdad bomb maker, infiltrated Baghdad that is regularly rocked by bombings. [1] A photo picturing Al-Baghdadi sitting knees crossed that was published by a Kurdish news agency in mid-July suggested that reports that he had been injured were false or that he had since recovered. [2] CNN’s Pentagon correspondent Barbara Starr at the same time quoted US officials as saying that Al-Baghdadi had been sighted in June in the Syrian city of Raqqa. [3]       Al-Baghdadi’s resilience is emblematic
Post a Comment
Read more
More posts