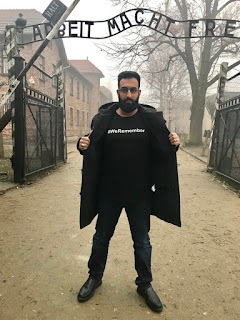 The United Arab Emirates is projecting itself as a leader of inter-communal and inter-faith harmony with the first ever visit by a Catholic pope to the Gulf and an inter-faith conference that is as much about dialogue as it is about absolute political control.

There is no doubt that the UAE is a leader in the Muslim world in promoting concepts of religious tolerance and prevention of religiously packages militancy.

The UAE has bolstered perceptions of its leadership by declaring February, the month of Pope Francis’s visit and the conference, a month of tolerance. The UAE is one of a few if not the only country that has a government ministry of tolerance.

The UAE, unlike its ally and more powerful neighbour, Saudi Arabia, increasingly allows adherents of other faiths like Jews, Christians and Hindus, to openly worship and practice their beliefs.

In hosting the pope as the star of an inter-faith dialogue organized by the UAE-sponsored Council of Elders, entitled International Interfaith Meeting on Human Fraternity in the United Arab Emirates, the UAE hopes to cement its position as the icon of Muslim tolerance.

The council is a brainchild of Sheikh Ahmed el-Tayeb, the grand imam of Egypt’s Al-Azhar, the revered 1,000-year-old seat of Sunni Muslim learning.

It groups Muslim scholars that in its words purportedly are “known for their wisdom, sense of justice, independence and moderateness…(to).,,to promote peace, to discourage infighting and to address the sources of conflict, divisiveness and fragmentation in Muslim communities”

The council is part of a broader UAE and Saudi effort that includes groups like the Global Forum for Prompting Peace in Muslim Societies and the Sawab and Hedayah Centres that aim to counter the influence of controversial, Qatar-based Islamic scholar, Sheikh Yusuf al-Qaradawi, the Muslim Brotherhood, and more political and militant Islamist forces.

The effort targets any political expression of Islam and promotes an interpretation of the faith that dictates absolute obedience to the ruler. It competes with Turkish efforts to globally promote a more activist form of Islam supportive of President Recep Tayyip Erdogan’s authoritarianism and Morocco’s projection of itself as a paradigm of Islamic moderation.

Timed to coincide with the council’s meeting, Muhammad bin Abdul Karim Al-Issa, a former Saudi justice minister and secretary general of Saudi Arabia’s Muslim World League, once a major vehicle for the propagation of the kingdom’s intolerant ultra-conservative strand of Islam, highlighted his inter-faith outreach in an op-ed in Newsweek magazine.

“I have travelled to the Vatican to elevate interfaith understanding with His Holiness, Pope Francis. I visited the Grand Synagogue of Paris and the United States Holocaust Memorial Museum. I welcomed the highest-level delegation of U.S. evangelical Christian leaders ever to visit Saudi Arabia… Among my proudest achievements (as justice minister) was licensing Saudi Arabia’s first women lawyers. I also reformed the Saudi judiciary system,” Mr. Al-Issa wrote.

While segments of the justice system were indeed reformed, it remains a system that equates atheism with terrorism, enables authorities to imprison people for the slightest expression of criticism and allows for an anti-corruption campaign that lacks transparency and accountability and has the appearance of a power and asset grab.

In line with ultra-conservative precepts, Mr. Al-Issa’s past track record includes denunciation of witchcraft defined as including, among other things astrology, the use of plants for medicine, palm-reading, and animal calling.

In a bid to deprive the council as well as the league of a monopoly on Muslim empathy with non-Muslim groups, Iranian-born Australian Shiite Muslim imam Mohamad Tawhid tweeted on Sunday about his visit to Auschwitz, one of Nazi Germany’s foremost extermination camps for Jews.

“I am proud to be the first ‘Shia’ Muslim Imam to pay his respects at Auschwitz,” Mr Tawhid said in a tweet hashtagged #NeverAgain and featuring a picture of himself sporting a black T-shirt with the slogan #WeRemember.

While there can be no doubt that the UAE’s example of tolerance of non-Muslim belief systems constitutes an important contribution to more harmonious inter-faith relations, there is also little question that it is part of an effort to fortify autocratic rule in the greater Middle East and cement an environment that is intolerant towards any form of criticism or dissent.

In doing so, the UAE’s advocacy of religious tolerance and political intolerance is part of a global struggle about values that underlies tectonic shifts shaping a new world order. That struggle involves a redefinition of concepts of tolerance designed to ensure autocratic regime survival and enhance ways of avoiding and/or resolving conflict without bolstering transparency, accountability and a free flow of ideas.

The dark side of the UAE’s concept of tolerance manifests itself in the country’s conduct together with Saudi Arabia of its four-year old war in Yemen, the 20-month old rift in the Gulf with Qatar, and its harsh repression of dissent and freedom of expression

In a letter to the pope, Human Rights Watch called on Pope Francis to use his visit to press the government to address “the serious human rights violations by its forces in Yemen and to end its repression of critics at home.”

The human rights group asserted that the Saudi-UAE military coalition in Yemen had “indiscriminately bombed homes, markets, and schools, impeded the delivery of humanitarian aid, and used widely banned cluster munitions. Domestically, UAE authorities have carried out a sustained assault on freedom of expression and association since 2011. And the many thousands of low-paid migrant workers in the country remain acutely vulnerable to forced labour.”

Sarah Leah Whitson, the group’s Middle East and North Africa director argued that the Pope was in a position to capitalize on the fact that the UAE is sensitive about its international image that is to a significant extent dependent on projecting itself as a cutting-edge proponent of tolerance in the Muslim world.

In a more hard-hitting comment, Islam scholar Usaama al-Azmi warned that “whether engaged in brutal wars like the one in Yemen with hundreds of thousands displaced and tens of thousands killed, or crushing dissent and political liberties at home, the UAE government is no better than its neighbour next door. Yet its savvy PR means that such matters frequently fall below the radar of international observers.”