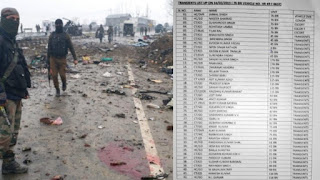 Heightened tension in Kashmir and evidence of a Chinese military presence on the Tajik and Afghan side of their border with China’s troubled north-western province of Xinjiang are putting on display contradictions between the lofty principles of the People’s Republic’s foreign and defense policies and realities on the ground.

The escalating tension between Pakistan and India puts to the test what Pakistan and China tout as an “all-weather friendship.” The test will likely occur when the Financial Action Task Force (FATF), an international anti-money laundering and terrorism finance watchdog, debates an Indian demand that the South Asian nation, already grey-listed, be put on the organization’s black list.

With the attack and its aftermath unfolding as FATF this week concluded a meeting in Paris, the Kashmir incident is expected to really play out in June when the group is certain to discuss a report that is expected to provide what India considers evidence of Pakistan’s alleged culpability for this month’s attack on a bus in Kashmir that killed more than 40 Indian paramilitary personnel as well as Pakistani backing for the group believed responsible for the assault and other militant organizations.

Pakistan has denied the allegations and offered to help investigate the Kashmir incident.

China, however, despite refusing to prevent FATF from grey-listing Pakistan last year, will find it increasingly difficult to defend its shielding of Pakistan in the United Nations and could be caught in the crossfire as it continues to protect Masood Azhar, the leader of Jaish-e-Mohammed, the group believed responsible for the Kashmir attack.

Like in the past, China this week rejected an Indian request that it no longer block designation of Mr. Azhar by the UN Security Council as a global terrorist. China asserts that Indian evidence fails to meet UN standards.

Nonetheless, China’s shielding of Mr. Azhar risks it being perceived as violating the spirit of the 2017 summit in Xiamen of BRICS countries – Brazil, Russia, India, China and South Africa – that for the first time identified Pakistan-backed militant groups as a regional security threat.

Question marks about China’s approach to the countering of political violence and militancy also reflect on China’s justification of its brutal crackdown on Turkic Muslims in Xinjiang.

Concern that militant Uyghurs, the predominant Turkic Muslim minority in Xinjiang, including foreign fighters exfiltrating Syria and Iraq, could use Central Asia as an operational base has prompted China to violate its declared principle of not wanting to establish foreign military bases.

China has been believed to be involved for several years in cross-border operations in Tajikistan and Afghanistan’s Wakhan Corridor, both of which border on Xinjiang.

A Washington Post report this week, based on a visit by one of its correspondents to the Tajik-Chinese border provided evidence of China’s military presence on the Tajik side of the dividing line. "We've been here three, four years," a Chinese soldier told the reporter.

Evidence of the long-reported but officially denied Chinese military presence in Tajikistan comes on the back of China’s increasing effort to put in place building blocks that enable it to assert what it perceives as its territorial rights as well as safeguard Xinjiang and protect its mushrooming Diaspora community and overseas investments that are part of its Belt and Road initiative.

The evidence in Tajikistan, moreover, follows the establishment of a military base in Djibouti in the Horn of Africa and facilities in the South China Sea that bolster China’s disputed territorial claims.

“Beijing is quietly establishing a security presence in CA (Central Asia) that is broader and deeper than just facilities or hundreds of PLA (People’s Liberation Army) soldiers on the ground,” said Carnegie Endowment for International Peace scholar Alexander Gabuev.

Potentially, China’s military expansion into Central Asia could complicate relations with Russia that sees the Eurasian heartland, once part of the Soviet Union, as its backyard. Continued expansion would call into question a seeming Chinese-Russian division of labour that amounted to Russian muscle and Chinese funding.

Like China, Russian Foreign Minister Sergei Lavrov appeared to be nibbling at the edges of that understanding on a visit to Central Asia this month in which he dangled investment, economic assistance and security guarantees.

Mr. Lavrov’s travels followed a visit to Uzbekistan in October by President Vladimir Putin that produced US$27 billion in commercial deals.

“Russia would be smart to rethink its policy towards CA, and base new approach on support for sovereignty of local states. If Russia won't view the 5”(Central Asian) states as its subjects, they are likely to seek greater engagement with Moscow to balance Beijing's econ/sec influence,” Mr. Gabuev said, referring to China’s economic and security interests.