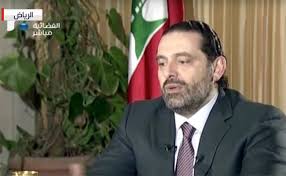 The proof will be in the pudding when Prime Minister Saad Hariri returns home in the coming days to a country in which friend and foe have rallied around him and he clarifies whether he intends to follow through on his controversial decision to resign.

Few in Lebanon and beyond believe that Mr. Hariri, a dual Lebanese-Saudi citizen whose family company in the kingdom declared bankruptcy earlier this year in one of the first casualties of Saudi Arabia’s fiscal crisis, voluntarily stepped down on November 4 while on a visit to Riyadh.

Mr. Hariri’s subsequent interview on his own Lebanese television station did little to erase suspicion that Saudi Crown Prince Mohammed bin Salman forced him to resign in an opening bid to counter Hezbollah, the Iranian-backed Shiite militia that constitutes one of Lebanon’s most formidable political forces. Mr. Hariri warned that Saudi Arabia and its allies could ride roughshod on Lebanon’s economy by imposing sanctions and expelling hundreds of thousands of Lebanese employed in the kingdom.

The fact that Mr. Hariri announced that he would leave his wife and children in the kingdom when he returns to Beirut will reinforce suspicion of Saudi arm twisting should he, once back in the Lebanese capital, move forward with his resignation.

Further calling into question Mr. Hariri’s independence, were reports that Khalid al-Tuwaijri, the head of late King Abdullah’s court, who was among scores of princes, officials and businessmen arrested earlier this month on corruption charges in a sweeping purge, had illicitly paid the Hariri family company $9 billion.

Rumours that Prince Mohammed’s leverage over Mr. Hariri involves the prime minister potentially been sucked into the crown prince’s power grab, executed under the mum of an anti-corruption campaign, were reinforced by the fact that the fate of one of Mr. Hariri’s closest Saudi business associates, Prince Abdul Aziz bin Fahd, remains unclear.

A son of late King Fahd, whose immediate relatives were one target group in this month’s selective of purge of members of the ruling family, senior officials and prominent businessmen, Prince Abdul Aziz was first reported to have been put under house arrest during a crackdown in September when scores of Islamic scholars, judges and activists were arrested. It remains unclear whether he is still under house arrest or has been transferred to Riyadh’s gilded prison in the Ritz Carlton Hotel.

Lebanon’s foremost Sunni politician, Mr. Hariri was widely credited with keeping the government. in which Hezbollah is represented, together, and ensuring that the country remained on the side lines of the Syrian war despite Hezbollah fighting alongside Syrian government forces and more than a million Syrian refugees spilling into the country.

Mr. Hariri announced his resignation a day after meeting in Beirut with Ali Akbar Velayati, a senior advisor to Iranian spiritual leader Ayatollah Ali Khamenei. Mr. Hariri’s office said the prime minister had urged Iran to halt its support of the Houthis as a first step towards ending the war in Yemen. Mr. Hariri denied Mr. Velayati’s assertion that the prime minister had offered to mediate between Saudi Arabia and Iran.

In his resignation speech on Saudi television, Mr. Hariri uncharacteristically dropped his effort to maintain a modicum of unity in Lebanon by echoing Saudi allegations that Iran and its surrogate, Hezbollah, were attempting sow unrest and instability in the Arab world.

Mr. Hariri may well have been caught in a Catch-22 with Saudi Arabia and more hard-line Lebanese Sunnis demanding that he take a firmer stand towards Hezbollah and the militia and other Shiite groups insisting that Lebanon normalize relations with the government of Syrian President Bashar al-Assad. Lebanon minimized contact with Mr. Al-Assad as part of its effort to disassociate itself from the conflict in Syria.

Reporting from the northern Lebanese city of Tripoli, one of the country’s poorest urban centres that is home to both Sunnis and Shiites, journalist Sunniva Rose described how some hard liners, supporters of former justice minister Ashraf Rifi, who resigned earlier this year in protest against Hezbollah’s domination of politics, were putting up posters with portraits of Mr. Rifi and Prince Mohammed.

The risks for the Lebanese is that they will pay the price for Saudi efforts to counter Iranian influence in the Middle East that is being fought on their backs. Saudi Arabia exploited Mr. Hariri’s resignation with Gulf affairs minister Thamer al-Sabhan declaring two days later that the Lebanese government would “be dealt with as a government declaring war on Saudi Arabia” because of Hezbollah.

Mr. Al-Sabhan warned that “there are those who will stop (Hezbollah) and make it return to the caves of South Lebanon”, the heartland of Lebanon’s Shia community. “Lebanese must all know these risks and work to fix matters before they reach the point of no return,” Mr. Al-Sabhan went on to say.

Prince Mohammed, in a gesture, towards Lebanese Christians and an effort to project the kingdom’s transition to what he described as an undefined form of moderate Islam, received Lebanon’s Maronite Christian Patriarch Bechara Boutros Al-Rai this week. The patriarch met separately with Mr. Hariri.

Sporting a big cross on his chest in a country that bans expressions of non-Muslim religions, Patriarch Al Rai’s visit constituted a rare occasion on which the kingdom welcomed a non-Muslim religious dignitary. He was the first Lebanese public figure to visit Saudi Arabia since Mr. Hariri’s resignation.

Lebanon’s political elite, including the prime minister’s Future Movement and Hezbollah, beyond rallying around Mr. Hariri, has called for calm and sought to ensure that the political crisis does not destabilize the country further, or even worse, constitute a prelude to its descent into renewed sectarian strife.

The elite as well as many ordinary Lebanese fear that their country has become the latest pawn in a Saudi-Iranian proxy war that has primarily been at the expense of others. Saudi efforts to counter Iran’s expanding influence in the Middle sparked the kingdom’s ill-fated military intervention in Yemen with devastating humanitarian consequences. Iranian and Saudi intervention in Syria alongside many others aggravated the bloodshed in a brutal six-year long civil war.

Mr. Hariri’s risky resignation constitutes a Saudi-inspired bid to deprive Iranian influence of the legitimacy conveyed upon it by being part of the Lebanese government.

Speaking in Paris, Lebanese foreign minister Gebran Bassil insisted that “Lebanon would like for its decisions to be taken freely. Lebanon creates its internal and foreign policy with the will of its people and its leaders who are elected by the people…. Once Hariri is back in Lebanon he can take any decision he sees as right and possible.”

Dr. James M. Dorsey is a senior fellow at the S. Rajaratnam School of International Studies, co-director of the University of Würzburg’s Institute for Fan Culture, and co-host of the New Books in Middle Eastern Studies podcast. James is the author of The Turbulent World of Middle East Soccer blog, a book with the same title as well as Comparative Political Transitions between Southeast Asia and the Middle East and North Africa, co-authored with Dr. Teresita Cruz-Del Rosario and  Shifting Sands, Essays on Sports and Politics in the Middle East and North Africa
Iran Lebanon Saudi Arabia