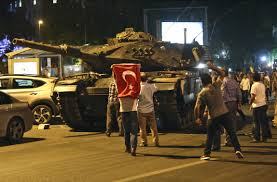 Saudi Arabia, in a first move to pressure mostly Muslim states to join its campaign against Qatar, has persuaded six sub-Saharan African nations with threats of reduced financial aid and restricted quotas for the haj, the annual pilgrimage to the holy city of Mecca, to follow its lead in taking punitive steps against Qatar.

The Saudi effort in Africa suggests that the kingdom is seeking to tighten the screws on Qatar more than a week into a Saudi and UAE-led diplomatic and economic boycott that has failed to persuade the tiny Gulf state to bow to demands that it halt its support for Islamists and militants and curb, if not shutter, Qatar-funded media outlets, including Al Jazeera.

Saudi efforts, however,, despite the actions of the six countries -- Senegal, Chad, Niger, Comoros, Mauritius, and Djibouti – are proving to be only partially successful. Of the six states, only Mauritius severed its diplomatic ties with Qatar. Senegal, Chad, Niger and the Comoros restricted themselves to recalling their ambassadors from Doha while Djibouti, like Jordan, simply reduced the level of its diplomatic relations.

The six countries joined six other economically dependent nations, including Bahrain, Egypt, the Maldives, Mauritania, and the Saudi-UAE backed internationally recognized government of Libya that controls only part of the country, who had already followed the Saudi-UAE lead in breaking off diplomatic relations with Qatar.

Most Muslim states hope to avoid being sucked into the Gulf crisis. Countries like Morocco, Algeria, Tunisia, Sudan and Somalia have so far rejected Saudi overtures and instead called for dialogue between Qatar and its detractors. Similarly, Nigeria, the black African nation with the largest Muslim population has so far remained silent on the crisis.

Elsewhere in the Muslim world, Pakistan insisted that it remained neutral in the dispute.  Prime Minister Nawaz Sharif accompanied by senior ministers and military commanders, joined on a visit to Riyadh the chorus of calls for a quick resolution to the crisis that have so far fallen on deaf ears.

Somalia, a strategically located, war-torn nation in the Horn of Africa, has emerged amid the mixed response to the Saudi and UAE effort as something of a mystery. Somalia has maintained neutrality despite the fact that Dubai-owned P&O Ports signed in April a $336 million, 30-year agreement to develop and manage a multi-purpose port in Bosaso in the semi-autonomous region of Puntland. The self-declared republic of Somaliland agreed weeks later to allow the UAE to establish a military base in the port of Berbera and signed a $442 million deal with P&O to turn the port into a world-class training hub.

Somali media moreover reported that President Mohamed Abdullahi Mohamed had rejected a Saudi offer of $80 million in return for his government breaking off diplomatic relations with Qatar. Somali planning, investment and economic development minister Jamal Mohamed Hassan announced nonetheless this week that Saudi Arabia had agreed to increase Somalia’s haj quota by 25 percent. Somalia’s strategic importance to the Gulf in commercial as well as military terms would seem to be the only logical explanation for it being rewarded despite refusing to join the Saudi-UAE campaign.

The mixed response to the Saudi effort to rally the Muslim world raises questions about the degree to which the kingdom can call in chips on the back of four decades of massive global investment in religious, educational, and political activities. Saudi difficulty in leveraging its soft power investments was evident already in 2015 when the Pakistani parliament rejected a request by the kingdom for troops to be sent to Yemen in support of its ill-fated military invasion of that country.

Nonetheless, Saudi Arabia’s use of its management of the haj, one of the five pillars of Islam, could have significant consequences for the Muslim world, particularly Asian countries like Pakistan, Bangladesh and Indonesia that are home to the world’s largest Muslim populations and have large migrant labour communities in the kingdom.

Curtailing the number of nationals allowed to make the pilgrimage risks sparking a domestic backlash, particularly among more conservative segments of society. A threat to expel migrant workers as the kingdom did in the past when it disagreed with Yemeni policies could have serious economic consequences.

In a twist of irony, however, alleged machinations of the kingdom’s closest ally, the United Arab Emirates, to thwart any expression of political Islam, may have created in Turkey the potentially greatest obstacle to the two Gulf states’ ploy to impose their will on Qatar.

Turkey, which has backed Qatar in its dispute with Saudi Arabia and the UAE and is sending up to 3,000 troops to the Gulf state, has suggested that the UAE funded last year’s failed coup aimed at overthrowing Islamist President Recep Tayyip Erdogan, a watershed event in modern Turkish history.

Mr. Erdogan on Tuesday denounced the isolation of Qatar as "inhumane and against Islamic values", and said the methods used against the Gulf state were unacceptable, and analogous to a "death penalty."

Daily Sabah, a, a newspaper with close ties to the government of Mr. Erdogan’s ruling Justice and Development Party (AKP), as well as anonymous Turkish foreign ministry sources accused the UAE of having pumped $3 billion into the failed coup that the president blames on Fethullah Gulen, a Turkish imam who lives in exile in the United States.

Yeni Safak columnist Mehmet Acet quoted Turkish Foreign Minister Mevlut Cavusoglu as saying in a recent speech that “we know that a country provided $3 billion in financial support for the coup attempt in Turkey and exerted efforts to topple the government in illegal ways. On top of that, it is a Muslim country." Mr. Acet said the minister identified the country as the UAE in a subsequent conversation.

Mr. Erdogan has, in the wake of the coup, arrested tens of thousands of his critics; dismissed up to 140,000 people from jobs in the judiciary, the military, law enforcement, civil service and education sector; declared a pro-longed state of emergency; and used the failed takeover to introduce a presidential system of government in which he has far-reaching powers.

While there is no independent confirmation of the allegations against the UAE, what is clear is that Mr. Gulen with his projection of a liberal and tolerant interpretation of Islam would fit the country’s efforts to create an alternative, anti-Salafi, anti-Islamist and anti-Muslim Brotherhood religious authority.

Dr. James M. Dorsey is a senior fellow at the S. Rajaratnam School of International Studies, co-director of the University of Würzburg’s Institute for Fan Culture, and the author of The Turbulent World of Middle East Soccer blog, a book with the same title, Comparative Political Transitions between Southeast Asia and the Middle East and North Africa, co-authored with Dr. Teresita Cruz-Del Rosario and three forthcoming books, Shifting Sands, Essays on Sports and Politics in the Middle East and North Africa as well as Creating Frankenstein: The Saudi Export of Ultra-conservatism and China and the Middle East: Venturing into the Maelstrom.
Africa Bangladesh Djibouti Indonesia Niger Nigeria Pakistan Qatar Saudi Arabia Turkey UAE Yemen