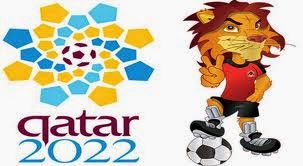 A planned anti-Qatari protest ahead of a match between Chelsea and Manchester United, the first major fan demonstration against the 2022 World Cup host, and the imminent publication of a Sunday Times book documenting Qatari political interference in world soccer body FIFA’s 2011 presidential election that returned Sepp Blatter to office at the behest of the FIFA president casts a shadow over next month’s FIFA election and is likely to renew debate about the integrity of the Qatari bid.

The protest and the publication come as 79-year old Mr. Blatter is campaigning for a fifth term in an election at next month’s FIFA congress against three candidates, foremost among whom outgoing FIFA vice president Prince Ali bin Al Hussein, who are demanding reform of the scandal-ridden, secretive group.

It also comes against the backdrop of persistent criticism of Qatar’s controversial labour regime and allegations that migrant workers who constitute a majority of the Gulf state’s population toil under unacceptable working and living conditions on major infrastructure projects, including ones related to the World Cup.

The brunt of that criticism was until now expressed by human rights groups, trade unions and the International Labour Organization (ILO). Qatar has made lofty promises of reform but has yet to act on many of those promises, prompting suggestions that FIFA members could table a resolution at next month’s congress censoring the Gulf state, if not calling for it to be deprived of its hosting rights.

While many fans have been critical of the awarding of the tournament to Qatar and question the integrity of the Qatari bid that has been mired in controversy from day one, few have to date organized to pressure the Gulf state. That may change this weekend with a call by the Chelsea Supporters Trust and Playfair Qatar for a photo protest at Stamford Bridge in London in advance of Chelsea’s Premier League match against Manchester United in demand of improved welfare and rights of workers involved in World Cup-related infrastructure.

The Sunday Times book is likely to put to rest the fictional notion propagated by Mr. Blatter, his associates in the FIFA executive committee, and leaders of other sports associations that sports and politics are unrelated. It will further likely raise questions not only about Qatar’s World Cup bid but also its concerted effort to position itself as a global sports hub. Qatar, which still has ambitions to host an Olympic Games, is hosting 89 major sporting events in the coming year.

The book, The Ugly Game: The Qatari plot to buy the World Cup by Heidi Blake and Jonathan Calvert, counters Qatar’s defence of the integrity of its World Cup bid and raises questions about the banning of Mr. Bin Hammam despite few doubts about the uprightness of his actions and the transparency of FIFA presidential elections. It asserts, based on a cache of FIFA documents, including a large number of emails, as well as interviews that contrary to repeated Qatari claims disgraced and banned former FIFA vice president and Asian Football Confederation president Mohammed Bin Hammam was intimately involved in the Qatari bid.

In one of its most startling findings, the book asserts that Mr. Blatter concerned that Mr. Bin Hammam’s challenge of his presidency in the 2011 FIFA election posed a serious threat cut a deal days before the election with Qatar’s ruling Al Thani family under which Mr. Blatter would not question the Qatari bid in return for Mr. Bin Hammam’s withdrawal from the presidential race. The deal forced Mr. Bin Hammam to withdraw his candidacy amid allegations that he had bribed members of the Caribbean Football Union in a bid to ensure their support for his presidential bid. The Sunday Times said that Mr. Bin Hammam’s withdrawal statement had been draft by the Qatar 2022 organizing committee.

Mr. Blatter’s concern was prompted by Mr. Bin Hammam’s alleged ability to muster a majority of 14 votes in the FIFA executive committee’s December 2010 vote in favour of Qatar. Mr. Blatter was elected unopposed for a fourth term. Mr. Bin Hammam announced his surprise withdrawal despite the fact that an investigation of the Caribbean incident by the FIFA ethics committee had yet to reach a conclusion. Qatar’s interest was primarily in hosting the World Cup rather than have a controversial Qatari national become head of FIFA. The Sunday Times asserts that the deal was cut despite the paper having provided FIFA with evidence that called the integrity of the Qatari bid into question.

The book further documents Mr. Bin Hammam’s close involvement in the Qatari bid which raises further questions given the repeated Qatari denials and the multiple controversies surrounding the way the former executive conducted FIFA and AFC business. The Sunday Times asserted last year in reporting based on leaked documents that Mr. Bin Hammam had operated a number of slush funds that were employed to buy the support of FIFA member associations.

In a preview of the book, The Sunday Times reported earlier this month that a confidante of Mr. Bin Hammam had phoned the paper on behalf of the Qatari shortly after the disclosure of the slush funds to say: . “Bin Hammam brought the World Cup to Qatar. Bin Hammam and the bid were separate, but Bin Hammam was the coach of the Qatar bid. He brought the votes to Qatar. He was the one with the relationships . . . The rainmaker was Bin Hammam… Blatter didn’t vote for Qatar because he did not want to give Bin Hammam any more power. Then when they won he got a shock and from then on his one thought was to destroy Mohamed bin Hammam. He provoked a death penalty by collecting those 14 votes.”

James M. Dorsey is a Senior Fellow at the S. Rajaratnam School of International Studies (RSIS), Nanyang Technological University in Singapore, co-­‐director of the University of Würzburg’s Institute for Fan Culture, a syndicated columnist, and the author of The Turbulent World of Middle East Soccer blog.
FIFA Qatar World Cup 2022