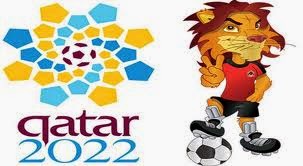 Qatari sports executives, in a bid to refute calls for depriving Qatar of its 2022 World Cup hosting rights, have asked their human rights and trade union critics as well as world soccer body FIFA to give them more time to address criticism of the Gulf state’s kafala or sponsorship system that puts employees at the mercy of their employers.

The plea for time reflects the fact that Qatar is caught in a Catch-22 with its critics pushing for a vote to withdraw its hosting rights during FIFA’s Congress this spring in Zurich and domestic resistance from a citizenry that fears that change will open the flood gates to Qatari loss of their culture and society because they account for only 12 percent of the population.

Under fire almost from the day in late 2010 on which it won its bid to host the World Cup for the legal and physical working and housing conditions of migrant labours who account for a majority of the Gulf state’s population, Qatar has promised to introduce legal reforms. Two major Qatari institutions, the 2022 Supreme Committee for Delivery & Legacy and the Qatar Foundation, have adopted standards for contractors that have largely been welcomed by critics.

A Qatari failure to enshrine those standards in national legislation, its implementation so far of only minor changes like obliging to employers to pay wages and salaries by bank transfer, and its mere incremental increase of labour inspectors tasked with enforcing existing rules and regulations has undermined credibility Qatar established by engaging with its critics. Qatar’s engagement constituted a sharp beak with past practice and contrasts starkly with most other Gulf states who bar entry to human rights and trade union activists and incarcerate their domestic critics.

Pressure on Qatar has mounted with Theo Zwanziger, the FIFA executive committee member in charge of monitoring Qatari progress on the labour issue, expressing doubt about the Gulf state’s sincerity. Zwanziger has warned that a failure by Qatar to establish an independent monitoring committee that had been proposed by a Qatar-sponsored study conducted by law firm DLA Piper could lead to a resolution being tabled at the FIFA congress calling for the withdrawal of Qatar’s right to host the World Cup.

German football federation president Wolfgang Niersbach, who could succeed Mr. Zwanziger in his Qatar monitoring position on behalf of FIFA, recently argued that the Gulf state should allow groups like Amnesty International or the International Trade Union Confederation to monitor labour conditions on World-Cup construction sites. Mr. Niersbach suggested that it was in Qatar’s interest to act quickly.

Adding to Qatari concerns, FIFA president Sepp Blatter, in the run-up to the group’s presidential election this spring, said human rights would be a criterion in awarding World Cup hosting rights. Mr. Blatter’s pledge was a response to persistent criticism of the decision to allow Qatar to host the tournament.

Quoted by World Soccer, Supreme Committee communications director Nasser Al-Khater and Qatar Olympic Committee secretary general Sheikh Saoud Adulrahman Al-Thani argued that Qatar was aware of cultural and legal changes it would have to embrace as a result of its winning bid, but that the Gulf state needed time. Qatar’s harshest critics argue that it already has had four years but has so far failed to act.

“When you bid to host a sports event they show you the requirements . . . if FIFA request it in 2022 we will do it because when you sign a contract is a contract and you have to fulfil all the rules and regulation to host the event,” Mr. Al-Thani said, referring to consumption of alcohol that currently is only available in upscale Qatari hotels and restaurants.

Addressing the labour issue Mr. Al Khater in one of the most forthright statements to date by a Qatari official said that “the kafala system has been instituted a very long time ago and I think there’s a recognition that it does not work anymore and is not suitable in this day and age.”

Mr. Al Khater argued however that “just like any other country in the world when you change a law it takes time. You can’t close your eyes and say: Tomorrow we’re going to change the law or you will have so many chain reactions after that. You need to make sure that, when you draft a law, you also draft the enforcement mechanisms of the law. So that’s why all we ask is for people to be patient. The government has been doing a lot in drafting new laws and in terms of reviewing the new laws and putting enforcement mechanisms in place. They are looking at a complete overhaul of the labour system and not just kafala because kafala is only one element to be addressed.”

The 2022 World Cup official noted that Qatar “is only 40 years old and what’s happened here in that time has taken some other countries thousands of years. Sometimes your economy develops at a certain rate and your population develops at a certain rate but not every single thing around it grows at the same rate. Certain elements need to catch up. We are confident we will reach that but it’s just taking some time.”

Messrs. Al Thani and Al Khater represent a younger generation of Western-educated Qataris who have been exposed to the brunt of the criticism of Qatar. They understand the kind of changes Qatar has to enact not only because of the World Cup itself but because of the Qatari strategy that underlies its massive investment in sports.

Sports serves Qatar as a vehicle to solidify its national identity and as a soft power defence and security strategy in the knowledge that the Gulf state with a citizenry of only 250,000 people will never have the hard power to defend itself.  Sports is a cultural public diplomacy tool for Qatar to embed and endear itself at multiple layers of the international community. To achieve that however, it has to be seen as a forward looking 21st century state rather than a wealthy energy producer that adheres to no longer acceptable concepts of human and labour relations.

Most Qataris would likely agree with that but fear with the huge influx of foreigners needed to build and operate the country that they risk losing their identity and control of their state. With no good solutions to Qatar’s demographic imbalance, many Qataris seem frozen in time in attempting to balance the need to accommodate change with their fear that change will ultimately lead to them drowning in a sea of foreigners.

James M. Dorsey is a senior fellow at the S. Rajaratnam School of International Studies, co-director of the University of Wuerzburg’s Institute for Fan Culture, a syndicated columnist, and the author of The Turbulent World of Middle East Soccer blog and a forthcoming book with the same title.