Keen to project a progressive image, the UAE picks its battles 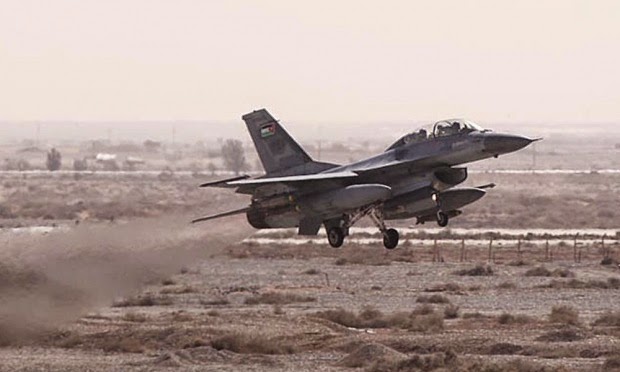 Projecting an image of being politically and culturally on the cutting edge, the United Arab Emirates carefully picks its battles. Participation in the US-led coalition against the Islamic State (IS), the jihadist group that controls a swath of Syria and Iraq, has projected the Emirates as a military force to be reckoned with. Soccer is the Emirates’ next target.

Amid an increased emphasis on human rights by international sports associations, the UAE is bidding to host the 2019 Asian Cup. It can safely do so in the knowledge that the Asian Football Confederation (AFC) is unlikely to take it to task for its poor human and labour rights track record. The AFC has a history of support of autocratic regimes and of thumbing its nose at positions taken by world soccer body FIFA and other associations.

An AFC inspection of the bid during a visit to the UAE this week came days after FIFA President Sepp Blatter declared that human rights would be a criterion in future World Cup bids. Mr. Blatter’s remarks followed severe criticism of Qatar’s regime for migrant workers and a greater focus on human rights by the International Olympic Committee (IOC). The UAE is already under fire by human rights groups for its treatment of unskilled and semi-skilled foreign labour as well as its repression of dissent.

To be fair, the UAE may be the best in a bad lot in terms of human rights of Asian Cup bidders that includes, Saudi Arabia, Iran and Thailand, none of which are beacons of respect for their citizens’ political rights and individual freedoms. Iran and Saudi Arabia’s imposition of restrictions on women’s sporting rights has already put them in the firing line of international sports associations.

The International Volleyball Federation (FIVB), in the most strident example of a sports association’s greater emphasis on rights, recently rejected an Iranian bid to host an Under-19 men’s volleyball world championship because of Iranian restrictions on women entering the stadium.

The FIVB’s position contrasts starkly with that of AFC general secretary Dato' Alex Soosay who during last month’s Asian Cup in Australia said that he was “happy” to respect Iranian laws that ban women from watching male soccer matches in stadia. “We’re very broad-minded. In Australia there’s a big Iranian community and you can’t stop them from coming to the stadium because there’s no restrictions here. Whereas in Iran, there has been some restrictions of women entering the stadium and watching a football match,” Mr. Soosay said.

Mr. Soosay defended his comments by noting that visiting female officials and media attending AFC events in Iran have been allowed into stadiums, provided they covered their hair. “You have to respect that they have to cover themselves. There is a code of attire which has to be respected. If it’s done in Iran there’s no issue at all,” Mr. Soosay said, disregarding the fact that Iranian women are barred with no exceptions.

Mr. Soosay’s remarks were one indication of why the UAE, which does not restrict women’s access to stadia, has little worry that the AFC will follow in the footsteps of other international sports associations regarding human rights. If anything, his remarks reflected the AFC’s long-standing association with autocracy in a soccer crazy region where rulers see the game as a tool in exercising absolute control of public space. .

Similarly, the capture in December and subsequent brutal murder of a Jordanian pilot by IS seemed at first to put the UAE’s strategy on the military battlefield on par with its relatively risk-free approach to soccer.

The UAE was reported to have initially responded to the capture by stopping to fly combat missions as part of the US-led coalition fighting IS. It reportedly told US military officials that it viewed the capture as evidence that the anti-IS coalition had insufficient search-and-rescue capabilities.

Video of the gruesome burning alive of the pilot that IS released on Tuesday persuaded Jordan, which like the UAE had initially stopped combat missions, to immediately re-engage with fury. Reversing what would have handed IS something of a public relations victory, the UAE this weekend sent a squadron of F-16 fighter planes to Jordan. It was not immediately clear whether the Emiratis would be flying missions from Jordanian airfields.

The UAE, by the time the Jordanian pilot was captured, had however already reaped the public relations benefits of its participation in the US-coalition and its investment of millions of dollars to ensure that the Gulf state’s moves were projected positively. Media widely reported the fact that a woman was one of the first UAE fighter pilots to fly a mission against IS and The Washington Post in November described the UAE as the US’s “potent ally nicknamed ‘Little Sparta.’”

Having ended third in last month’s Asian Cup, the UAE is confident it can reap with little flak on the pitch benefits similar to those it garnered in combat. Its confidence is not unfounded. AFC President Sheikh Salman Bin Ebrahim Al Khalifa, a member of Bahrain’s ruling family that brutally squashed a popular uprising in 2011 and has maintained a system of repression since, said recently that the UAE’s Asian Cup bid has “a strong chance.”

James M. Dorsey is a senior fellow at the S. Rajaratnam School of International Studies as Nanyang Technological University in Singapore, co-director of the Institute of Fan Culture of the University of Würzburg and the author of the blog, The Turbulent World of Middle East Soccer, and a forthcoming book with the same title.
AFC FIFA Iran Saudi Arabia UAE Women