Egyptian spectator ban: flashpoint for conflict and statement of weakness 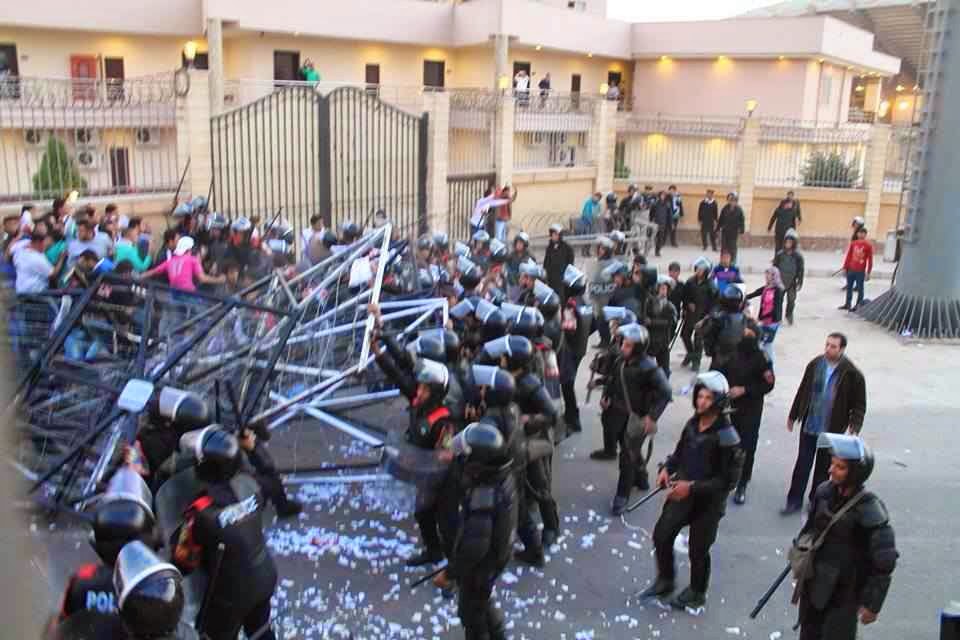 An Egyptian Cabinet decision to end the suspension of professional soccer in late March but reinstitute the ban on spectators attending matches could spark renewed clashes between militant fans and security forces. The decision against the backdrop of mounting evidence that Egyptian general-turned-President Abdel Fattah Al Sisi has no apparent intention of easing repression implicitly acknowledges the role of fans in continued widespread opposition to his rule.

Professional soccer was suspended in early February after some 20 members of Ultras White Knights (UWK), the militant support group of Al Zamalek SC, were killed in a stampede at a Cairo stadium. The incident was likely the result of supporters seeking to gain access to a match in the absence of available tickets rather than a deliberate and planned assault by security forces. UWK is nevertheless convinced that it was targeted by security forces much like militant supports of Zamalek arch rival Al Ahli were three years ago.

Soccer has been suspended for much of the last four years since mass anti-government protests erupted in 2011 that forced President Hosni Mubarak from office. Spectators have been banned from matches that were played since 74 supporters of Al Ahli were killed in 2012 in a politically loaded brawl in Port Said. The stampede in Cairo was after Port Said, the worst sporting incident in recent Egyptian sporting history.

Militant, highly politicized, street battle-hardened supporters of both clubs played a key role in the demonstrations that removed Mr. Mubarak from power and in protests against all subsequent governments, including that of Mr. Al Sisi. The fans have long called for an end to bans on spectators and have repeatedly clashed with security forces in protest against it.

The renewed ban is as a matter of principle unlikely to go down well with the fans. UWK said earlier that it has no faith in a government investigation of the Cairo stampede or the Egyptian justice system and would prevent matches from being played until justice had been served for its martyrs.

The fans’ no-confidence vote came in response to a pledge by Mr. Al Sisi in a televised speech that those responsible for the UWK deaths would be held accountable. Overall, the president appeared to suggest in his address that there would be some easing of brutal repression that has cost the lives of at least 1,400 protesters in the last 20 months and put thousands more behind bars. Speaking a day before the verdict in a trial against prominent bloggers and activists, Mr. Al Sisi said that “I am sure there are many innocent people inside prisons. Soon many of them will be released according to the available permissions.”

Mr. Al Sisi’s remarks regarding the stampede came in the wake of reports in state-run media that unlike Zamalek, with its confrontational approach to its militant fan base, Al Ahli has succeeded in reducing tensions by engaging with Ultras Ahlawy, the club’s hard line support group.  The reports appeared to suggest that Mr. Al Sisi might be backing away from earlier tacit support for a war against UWK by Zamalek president Mortada Mansour, a larger than life character and long-standing ally of Messrs. Mubarak and Al Sisi.

Mr. Mortada has prided himself on asking the security forces to intervene to prevent fans from entering the Cairo stadium without tickets, charging that UWK had been paid to confront the security forces. In response to a journalist’s question about how fans of his club had died, Mr. Mortada, who asserts that UWK tried to assassinate him, said, “ask the Muslim Brotherhood,” the group of Mohammed Morsi, the president toppled by Mr. Al Sisi in a military coup in June 2013 that has since been outlawed as a terrorist organization and that has suffered the brunt of security force brutality in the last 20 months.

Mr. Mansour has charged that UWK tried to assassinate him. His petition that the group be banned as a terrorist organizations has however been rejected by two Egyptian courts who argued that they were not the competent authority.

“There is a major difference between the approach of Ahli and Zamalek. Taher was smart; he knew that it’s unnecessary to create any rifts with that section of the supporters as long as the channel of communication operates perfectly,” Ahram Online quoted sports journalist Sherif Hassan as saying. Mr.  Hassan was referring to Al Ahli president Mahmoud Taher, who in December persuaded Ahlawy ultras to voluntarily leave an empty stadium they had stormed hours before an African Confederation Cup final.

Any hope the fans and other Egyptians may have had that change was at hand was dashed a day later when a court sentenced prominent activist and blogger Alaa Abd El Fattah to five years in prison and 24 others to three years for violating Egypt’s draconic anti-protests law. At about the same time, UWK’s convictions that it was targeted were reinforced by an audio recording obtained by Al Jazeera that appeared to reveal Egyptian interior minister Mohamed Ismail discussing how the government can crack down on protesters.

In a meeting with senior officers of Egypt’s notorious Central Security Force (CSF), Mr. Ibrahim is heard discussing a strategy for dealing with demonstrations, including ways to shoot protesters without turning them into martyrs. He suggested that the CSF using anything ““permitted by law without hesitation from water to machine guns.”  The meeting was held in advance of a major anti-government protest on November 28 in which at least four protesters were killed.

Potentially deepening animosity between the security forces and fans, Mr. Ibrahim went on to say that no attempt at political change in Egypt would succeed without the support of the military and the police, in his words, “the strongest institutions in the state.”

Mr. Ibrahim, who served in the Morsi government, played an important behind-the-scenes role in exploiting widespread criticism of Mr. Morsi and instigating mass protests against his government in late June 2013 that persuaded the military to remove Egypt’s first and only democratically elected president from office.

Militant fans were divided in their evaluation of the Morsi government but united in their frustration that the hopes for greater freedoms and social and economic justice after the overthrow of Mr. Mubarak had not been achieved. In the absence of security sector reform, Mr. Ibrahim’s remarks are likely to reinforce hostility between his ministry and fans who have proven to be a constant thorn in the government’s side.

James M. Dorsey is a senior fellow at the S. Rajaratnam School of International Studies, Nanyang Technological University in Singapore, co-director of the Institute of Fan Culture of the University of Wurzburg and the author of the blog, The Turbulent World of Middle East Soccer and a forthcoming book with the same title.
Al Ahly (Egypt) Al Zamalek Egypt Ultras