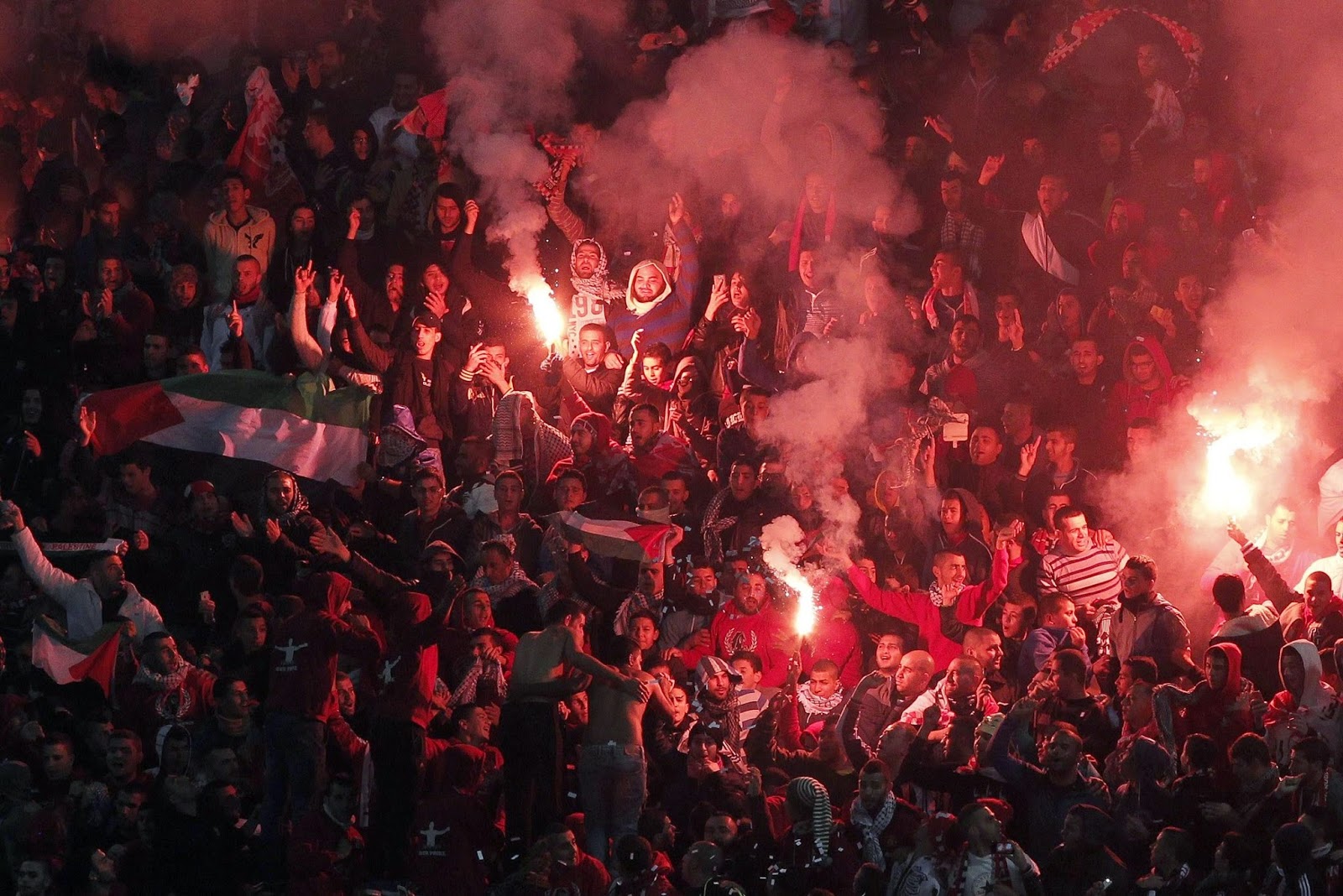 A soccer brawl in Israel’s politically most loaded derby and an alleged subsequent raid by the Israeli military on the offices the Palestine Football Association (PFA) reflects a hardening of the Israeli-Palestinian divide as Israel debates legislation that would emphasize the Jewish national rather than the democratic nature of the state – a move that would effectively deprive Israeli Palestinians of their identity as both Israelis and Palestinians as well as of their equal rights.

The Israeli military said the incident had not been a raid. It said a routine patrol had asked some Palestinians for their identification cards, and when they said the cards were in Bnei Sakhnin’s offices soldiers had entered the building to check their identities.

Statements in response to the PFA condemnation by world soccer body FIFA president Sepp Blatter and Asian Football Confederation (AFC) president Sheikh Salman Bin Ibrahim Al Khalifa also denouncing the Israel raid signalled that Israeli policy was likely to further isolate the Jewish state and strengthen growing calls for disinvestment from and sanctions against Israel. The Boycott, Disinvestment and Sanctions (BDS) campaign is one of the Israel government’s greatest concerns. Messrs. Blatter and Salman's condemnation coincided with a statement by the US State Department warning Israel that it should “stick to its democratic principles.”

Sheikh Salman accused the Israelis of "breaking into the PFA headquarters ... a dangerous precedent that requires the international sporting family to stand together and support the PFA." He said the AFC would work with FIFA to "study ways and mechanisms to put an end to the suffering of Palestinian football, and send a tough message to the Israeli authorities to stop its attacks on various parts of the Palestinian footballing system."

The raid on the PFA headquarters came a day after fighting broke out at the end of the club’s match against its arch rival Beitar Jerusalem, the bete noire of Israeli soccer and the only Israeli team that refuses to hire Palestinian players because of its racist fan base. Beitar counts multiple right-wing Israeli leaders among its supports. Prime Minister Benyamin Netanyahu’s recent attendance of a Beitar game was widely interpreted as a possible indication that he might contemplating early elections.

The brawl erupted after Bnei Sakhnin fans in violation of police orders smuggled Palestinian flags into the stadium and sported kaffiyahs, the chequered Palestinian scarf. Animosity between the fan bases of Bnei Sakhnin and Beitar runs deep. In recent months both fan groups have emphasized rival Palestinian and Israeli claims to Jerusalem against a backdrop of mounting tension in the city. Beitar fans sought to disrupt the match by throwing soccer balls onto the pitch as it was being played and subsequently ripped chairs out and destroyed bathrooms in the stadium, the only Israeli facility to have been funded by Qatar, an Arab state that has no diplomatic relations with Israel.

Mr. Blatter side lined in June on the eve of the Brazil World Cup Palestinian calls for sanctions against the IFA in the wake of this summer’s Gaza war and shielded FIFA from becoming the first international organization to take action against Israel by establishing a committee that would oversee efforts to address Palestinian grievances.

The Palestinians accused Israel in a 45-page report submitted to FIFA of persistently seeking to undermine Palestinian soccer activity and development. The committee is expected to report back to FIFA by the end of this year. Israel has cited security concerns as the reason for restrictions on the movement of players and officials charging that some of them intended to "harm the state of Israel and its citizens." The FIFA committee is unlikely to be able to report significant progress in the current environment despite a planned meeting in Morocco between the IFA and PFA on the side lines of the FIFA World Cup.aa

Years of failed efforts by FIFA to ease Israeli restrictions on Palestinian soccer and establish a mechanism that would allow the Palestinian and Israeli federations to resolve problems are likely to strengthen the Palestinian efforts to persuade the soccer body to sanction Israel.

James M. Dorsey is a senior fellow at the S. Rajaratnam School of International Studies, co-director of the University of Wuerzburg’s Institute for Fan Culture, and the author of The Turbulent World of Middle East Soccer blog and a forthcoming book with the same title.