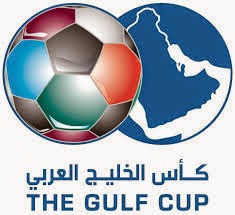 Wealthy Gulf states have invited Jordan and Morocco to compete in future Gulf Cups as part of a bid to strengthen their fragile six-nation Gulf Cooperation Council (GCC) at a time that they have at best papered over deep rifts within the group.

The invitation follows an earlier stalled attempt to persuade Jordan and Morocco, the Arab world’s only two non-Gulf monarchies, to join the GCC, which groups Saudi Arabia, Qatar, Kuwait, the United Arab Emirates, Bahrain and Oman. The GCC had hoped that inclusion of Jordan and Kuwait would help stymie calls for change and fortify Arab monarchies against popular revolts. Jordanians already populate the rank and file of the military and security forces in some of the smaller Gulf states.

The GCC’s soccer diplomacy came as an extraordinary GCC summit in Riyadh earlier this week paved the way for the return of the ambassadors of Saudi Arabia, Bahrain and the UAE to Doha in advance of the group’s annual summit in Doha in early December. Saudi Arabia and its closest GCC allies had withdrawn their ambassadors in protest against Qatari support for the Muslim Brotherhood which they asserted involved alleged Qatari interference in the three countries’ domestic affairs.

Yet, even soccer is not exempt from differences among Gulf states. Former Bahrain Football Association president, Sheikh Isa bin Rashid Al Khalifa, a member of the island’s minority Sunni Muslim ruling family, said he was opposed to including Jordan in Morocco in the Gulf Cup. Sheikh Isa said the bi-annual Gulf Cup should remain a Gulf affair to ensure that others did not demand also demand the right to compete in the tournament.

The Riyadh agreement to return the ambassadors formally put an end to the worst rift among Gulf states since the founding of the GCC some 33 years ago. The rulers’ statement announcing the return of the ambassadors was replete with the region’s usual rhetoric, suggesting that Qatar had made few, if any, real concessions to cement reconciliation. Arab commentators stressed the importance of Qatari emir Sheikh Tamim Bin Hamad Al Thani kissing Saudi King Abdullah on the cheeks. Abdulkhaleq Abdullah, an Emirati professor, hailed in one breath the Riyadh decision and the ongoing Gulf Cup in the Saudi capital as a day to be proud of.

Professor Abdullah, days before the summit, however suggested on Twitter that Qatar wasn’t buckling under. Instead, the decision to nevertheless paper over the differences appears to be driven by concern that a further deepening of the rift could threaten the GCC as such as well as fear of the rise of jihadism in the form of the Islamic State, the group that has seized control of a swath of Syria and Iraq.

To drive the point home, the UAE published on the eve of the Riyadh summit a list of 83 groups in the Middle East, Europe and the United States that it had banned and/or considered terrorists. The list included the Brotherhood as well as a host of groups associated with it. The move reflected the extent of the UAE’s opposition to political Islam that stands in stark contrast to Qatar’s support of various Islamist groups which dates back to the late 1960s and early 1970s when Qatar became independent.

The UAE move was in line with last year’s banning of the Brotherhood as a terrorist organization by Saudi Arabia and Egypt whose military toppled the country’s first and only democratically elected president, Mohammed Morsi, a Brother, in a military coup.

In a gesture towards its distractors, Qatar several weeks ago asked seven leaders of the Brotherhood to leave the Gulf state. The move was largely symbolic. The seven Brothers retained their residence permits and some of their families remain resident in Qatar.

The outcome of the debate about the soccer invitation extended to Jordan and Morocco will serve as one more indicator of the balance of power in the Gulf where Saudi Arabia, the largest of the region’s states, is widely seen as the behemoth.

The limits of Saudi regional power have however been laid bare by various Gulf states. The return of the ambassadors to Doha without major Qatari concessions in effect highlighted the inability of Saudi Arabia and the UAE, which has long seen Qatar as a subversive force in the region, to impose their will on the idiosyncratic Gulf state.

Bahrain, where Saudi troops are based since 2011 when they helped the island state’s regime brutally suppress a popular revolt, has been hesitant to crack down on the Brotherhood. Bahraini rulers fear that a crackdown on the Brothers could undermine the support in its minority Sunni power base. Oman’s close relations with Iran helped it facilitate talks to resolve the Iranian nuclear crisis that are strongly opposed by the Saudis. Oman late last year warned that it would resist any Saudi-backed effort to militarize cooperation among Gulf states.

The Gulf’s soccer diplomacy ironically highlights contradictions in Saudi and UAE efforts to ring fence the region against calls for change sparked by the various popular Arab revolts in 2011. In contrast to Gulf leaders, Moroccan King Mohammed VI was one of the few Arab leaders who succeeded in taking the wind out of anti-government protests by initiating constitutional changes that appeared to involve greater participation and transparency but effectively did little to curtail his power.

King Mohammed did so in part by co-opting rather than excluding the Islamists, the exact opposite of policies advocated by Saudi Arabia and the UAE. The Moroccan government is headed by Justice and Development Party (PJD) leader Abdelilah Benkirane, who recently recognized the limitations of his power. “I am tired, I am starting to forget a number of things,” Mr. Benkirane said. Earlier the prime minister described himself as an employee rather than the leader of what he termed the king’s government.

Moroccan activists note that the king’s endorsement of an Islamist-led government has not stopped the UAE from forging close ties to the North African state with Mohammed declaring that he would in times of need come to the Emirates’ assistance no matter what that would entail. The UAE moreover has made significant investments in Morocco.

Saudi and UAE assertiveness against the Brotherhood and other Islamists has sparked criticism not only among democracy activists, liberals and Islamists but also within the country’s elite. Professor Abdullah, a well-connected Emirati intellectual, appeared to question unqualified UAE support for Egyptian general-turned-president Abdel Fattah Al Sisi, the region’s crackdown on its critics, and UAE support for the US-led military coalition against the Islamic State in various tweets in recent weeks.

Other Emiratis suggest privately that the UAE is making itself vulnerable as a result of its newly found assertiveness as well as it reportedly generous financial support for an Islamist movement headed by Fethullalh Gulen, a self-exiled Turkish imam who is locked into a bitter struggle with Turkish President Recep Tayyip Erdogan.

A litmus test of the degree to which Gulf leaders have truly set aside their differences will be how many and which of the leaders attend next month’s GCC summit in Doha as well as whether the UAE and Bahrain reverse their decision to boycott the 2015 World Men's Handball Championship scheduled to be hosted by Qatar in January.

James M. Dorsey is a senior fellow at the S. Rajaratnam School of International Studies, co-director of the University of Wuerzburg’s Institute for Fan Culture, and the author of The Turbulent World of Middle East Soccer blog and a forthcoming book with the same title.
Bahrain GCC Gulf Cup Kuwait Oman Qatar Saudi Arabia UAE