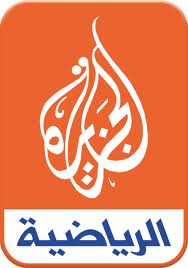 A refusal by Spanish commercial television stations to bid at current rates for rights to broadcast next season’s top league Spanish soccer matches creates an opportunity for the Qatar-owned Al Jazeera network to advance its push into Europe and to become the world’s premier global broadcaster.

A bid for Spanish rights would reaffirm Al Jazeera’s strategy of moving in behind other Qatar government institutions as they conclude sponsorship agreements and acquisitions such as the winning of the hosting the 2022 World Cup and in France. It would also fit with the broadcaster’s move into markets such as Egypt in anticipation that they will generate revenue at a later stage rather than immediately and Qatar’s strategy of employing sports and media to leverage its global influence.

More than anything else, Al Jazeera and the 2022 World Cup have put Qatar, a tiny city state, on the world map. With Al Jazeera, Qatar rewrote the Middle East and North Africa’s media landscape, which until then was dominated by heavily censored state-owned broadcasters. Qatar’s ruler, Emir Sheikh Hamad Bin Khalifa Al Thani, ignored with few exceptions the protests of Al Jazeera’s often freewheeling journalism by various Arab leaders as well as initial US government portrayals of Al Jazeera as an Al Qaeda mouthpiece.

Al Jazeera has spent an estimated $400 million in the last year for broadcast rights to France's soccer league, the Champions League and Europa League, as well as some top German and Italian matches. It also concluded a $225 million sponsorship deal with FC Barcelona and a member of the royal family has bought FC Malaga.

Al Jazeera’s opportunity in Spain emerged after the country’s major commercial television stations, Antena 3 de Television SA (A3TV) and Mediaset Espana Comunicacion SA (TL5), said that they would only bid in June for the soccer league broadcast rights if rates were dropped by half. Reduced rates however could put the financial future of the Spanish league in jeopardy with players worried that clubs may not be able to honour their contracts.

The Spanish League generates annual television revenues of approximately $600 million. Business Week quoted Antena 3 as saying that Rival La Sexta, with which it is merging, paid $78 million for last season’s rights or just under $2 million for each of the 38 matches.

“The problem with sports events is that it’s good for ratings but it’s a financial disaster,” Antena 3 Chief Executive Officer Silvio Gonzalez told the magazine.

Al Jazeera’s opportunity is bolstered by the fact that the economics of Spanish league broadcast rights are complicated by Spain’s economic crisis, which has seen media revenues decline and unemployment rise, as well as the fact that Spanish law requires one match a week to be aired on a free-to-air rather than a pay tv channel. Complicating a possible Al Jazeera push into the Spain is the fact that each Spanish club sells its own rights which strengthens the negotiating position teams like Real Madrid and FC Barcelona.

The potential crisis in Spanish soccer has fuelled calls for the dropping of the legal requirement of a free-to-air game amid a flurry of Spanish and British media reports about players getting ready to transfer abroad after this season ends.

Al Jazeera has not commented on whether it is considering bidding for next season’s Spanish league rights. A bid would however be in line with the Gulf state’s global soccer and media ambitions as well as Sheikh Hamad’s proven willingness to enable Al Jazeera to suffer multi-year losses as it builds its business.

The broadcaster, the Middle East's popular sports network with two free and 15 pay channels, has acquired the rights in 23 countries to the 2018 and 2022 World Cups as well as to the troubled premier league in Egypt, where the pay TV market is still underdeveloped.

Al Jazeera is expected to launch a new French channel in early June in time for the European soccer championships after acquiring French rights in the wake of Qatar’s acquisition of Paris Saint-Germain.

Al Jazeera, which shares the rights with free-to-air channels TF1 and M6, who as part of their package will broadcast those French matches which have to be shown on free TV under French law, sees France as its test case for establishing itself as a pay-TV broadcaster in Europe.

The broadcaster is also looking at challenging this spring Rupert Murdoch’s BskyB for British rights to the English Premier League, at approximately $3 billion the world’s most expensive soccer league broadcast rights, and could also bid for German Bundesliga rights.