JMD on Al Qaeda on The Daily Journalist 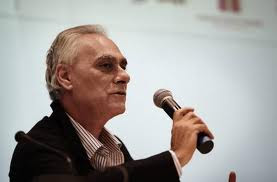 Jaime,
Below are the answers.
Is Al-Qaeda any longer, a threat to the U.S. Government and citizens?
1. My view is that the scope of terrorism with the caveat of the threat of militants gaining access to crude weapons of mass destruction has receded to pre 9/11 levels. Al Qaeda as such post-Bin Laden is no longer the major threat. The head of the FBI has conceded as much. Of course, militants who often operate in effect independently using the Al Qaeda label in places like Yemen, North and West Africa pose a threat to national interest more than to homeland security.
Could they still run operations in the U.S. or are they financially in trouble?
2. They probably could but its at the level of law enforcement. They are weakened financially and operationally but perhaps more importantly history has surpassed one. Few people have an appetite
They are rumors that AlQaeda could partner with Los Zetas, so they can get inside the United States and possibly plan an attack. How likely is this to happen?
3. Anything is possible. There have been links between Al Qaeda’s North African affiliate and Central and Latin American drug organizations. That does not mean that they share their interests in common. Los Zetas may not want to further escalate its conflict with the US by taking its war to US soil, particularly at a time that Latin American governments are pushing for an end to the war on drugs and legalization.
Who is AlQaeda’s new boss?
4. Ayman Zawahiri, who is not a loved leader and who has difficulty adopting to new realities.
Any other new terrorist organizations around there?
5. Political violence has always been a fact of life. The major change is that the days of global rather than local ambition are over.
What future holds for AlQaeda?
6. It depends on one’s definition of Al Qaeda: as a global organization of jihad it does not have a future; as a brand name others will exploit, definitely; as a local presence using the brand, there also is a future.
Al Qaeda Terrorism