Soccer in Guantanamo – a duel between Republicans and Democrats 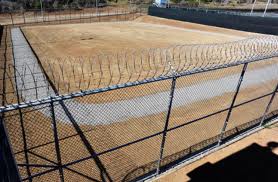