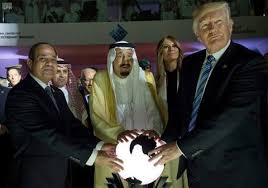 As far as Gulf leaders are concerned, President Donald J. Trump demonstrated with his announced US troop withdrawals from Syria and Afghanistan that his insistence that the “world is a dangerous place” has never been truer.

The troop withdrawals coupled with Mr. Trump’s praising of Saudi Arabia’s alleged willingness to foot the reconstruction bill in Syria, moves that emphasized his lack of geopolitical interest in the Middle East, leave primarily standing as a common interest between the United States, Saudi Arabia and the United Arab Emirates only Iran and a shaky Afghan peace process.

If former US president Barak Obama’s seeming unwillingness to whole heartedly support embattled Arab leaders during the 2011 Arab popular revolts that toppled the heads of Tunisia, Egypt, Libya and Yemen, was at the root of at times reckless greater assertiveness displayed since then by the leaders of Saudi Arabia and the UAE, Mr. Trump’s moves literally threaten to leave them hanging in the air.

A similar conclusion can be drawn for Israeli prime minister Benjamin Netanyahu, who appears to have successfully persuaded Mr. Trump to postpone publication of his Israeli-Palestinian peace plan until after Israel’s April 9 early elections because it portends to be less favourable to Israel than expected.

The troop withdrawals and the peace plan confirm Middle Eastern leaders’, particularly those in the Gulf, worst fears: they are left without a reliable ally that will unconditionally protect their interests and they have no one to turn to who could fully replace the United States as their unquestioned protector.

The resignation of US defense secretary Jim Mattis deepens the crisis for Gulf leaders. “Mattis’ departure means the loss of a key interlocutor at the Department of Defense, the Cabinet-level agency with which the Gulf countries deal most. It also means losing a senior figure who views Middle Eastern strategic realities in terms very similar to their own. The fact that Mattis resigned over policy disagreements with the president does not bode well for future trends in Washington from a Gulf Arab perspective,” said Middle East scholar Hussein Ibish.

Mr. Trump has proven to be unreliable. His granting of waivers to Iran’s major oil buyers as well as for Indian investment in the Iranian port of Chabahar, viewed by Saudi Arabia and the UAE as a threat to their geopolitical and economic interests, was the writing on the wall despite the harsh sanctions imposed on Iran by the president. Syria and Afghanistan cement the fact that Mr. Trump is both unpredictable and unreliable.

The world’s other three major powers, Europe, Russia and China, have at best aspects of what the United States has to offer but lack the ability and/or interest to fully replace the United States as the Gulf leaders’ protector in the way that Mr. Trump seemed to do at the outset of his presidency.

Saudi Arabia and the UAE already have fundamental differences over Iran with the three powers who oppose US sanctions and want to salvage the 2015 international agreement that curbed the Islamic republic’s nuclear program. Similarly, the three world powers have refused to back the 18-month old Saudi-UAE-led economic and diplomatic boycott of Qatar and call for a speedy resolution of the crisis.

Russia, moreover, is keen to sell weaponry to the Gulf, who are among the world’s biggest buyers, exploit vacuums created by US policy, and capitalize as a non-OPEC producer in enabling Gulf efforts to manipulate production and world oil prices but is not eager to inherit the US defense umbrella for the region.

Said Russia and energy expert Li-Chen Sim: “The Gulf is not a key focus of Russian foreign policy… I don’t see the Russians taking any advantage of the problems between the Saudis and the Americans to play a larger security role.” Ms. Sim was referring to US Congressional blaming of Saudi crown prince Mohammed bin Salman for the killing of journalist Jamal Khashoggi and condemnation of Saudi conduct of the war in Yemen.

By the same token, China has neither the ability nor the appetite to replace the United States in the Gulf. On the contrary, China has preferred to benefit from US regional protection, prompting US assertions that the Chinese were free-riders. As is evident across Eurasia in projects related to China’s infrastructure and energy-driven Belt and Road initiative, Chinese support does not come without strings. The same is true for Europe.

China’s brutal crackdown on Turkic Muslims that is expanding to other Muslim groups in the country, moreover, represents a potential black swan in China-Gulf relations.

The impact of Saudi and UAE uncertainty with no one world power available to cater to all their needs is reflected in apparent efforts to rebuild bridges with Syrian president Bashar al-Assad whose ouster they sought for much of the Syrian civil war.

A recent visit to Damascus by embattled Sudanese president Omar al-Bashir, the first by an Arab leader since the civil war erupted in 2011, was widely seen as the beginning of a thaw in Syrian-Arab relations.

The UAE is, according to unconfirmed reports, refurbishing its embassy in Damascus that has been empty since Gulf states broke off relations with Syria early on in the civil war.

Adding to Gulf leaders’ uncertainty, Mr. Trump left many guessing when he this week thanked Saudi Arabia on Twitter for agreeing to “to spend the necessary money needed to help rebuild Syria, instead of the United States.”

With Saudi Arabia refraining from comment, it was not clear what Mr. Trump was referring to. Saudi Arabia transferred in October in the immediate wake of the killing of journalist Jamal Khashoggi US$100 million to the US to help stabilise parts of Syria.

A close associate of Tunisian president Beji Caid Essebsi asserted earlier this year that the UAE had offered Tunisia financial assistance if Mr. Essebsi followed the example of Abdel Fattah Al-Sisi, who imposed a brutal autocracy after staging in 2013 a military coup to topple Mohammed Morsi, Egypt’s only democratically elected president.

Saudi Arabia this month pledged US$830 million in aid for Tunisia following Prince Mohammed’s controversial visit last month as part of a tour designed to demonstrate that his position remained strong despite Mr. Khashoggi’s killing.

Mr. Trump described the world as a dangerous place in shrugging off allegations that Prince Mohammed may have been responsible for the killing. Gulf leaders are likely to share that perception in response to the president’s seeming unwillingness to fully take their interests into account.