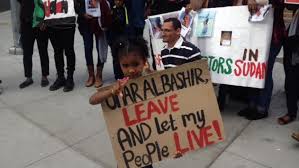 Two developments, the pending return of Syrian president Bashar al-Assad to the Arab fold and protests in Sudan, Jordan and Tunisia, send contradictory messages of where the Middle East and North Africa are headed.

Conservative monarchies like Saudi Arabia and the United Arab Emirates that for much of the past decade have gone to great lengths to reverse the achievements of the 2011 Arab popular revolts that toppled the autocratic leaders of Tunisia, Egypt, Libya and Yemen and sparked mass protests in a swath of land stretching from the Atlantic coast of Africa to the Gulf have heralded the pending lifting of Syria’s suspended membership of the Arab League as symbolizing the definitive death of the Arab spring.

A number of recent contacts, including a visit to Damascus by embattled Sudanese president Omar al-Bashir, the first by an Arab leader since the eruption of the Syrian civil war; a meeting in Cairo of Syrian and Egyptian intelligence chiefs, and the refurbishing of the shuttered UAE embassy in the Syrian capital, are widely seen as precursors for Syria’s return.

In a twist of irony, Messrs. Al-Bashir and Al-Assad have both been accused of war crimes. The International Criminal Court in The Hague has issued an arrest warrant for Mr. Al-Bashir that has largely been ignored by Middle Eastern and African nations.

In a demonstration of Mr. Al-Sisi’s supremacy, Mr. Mubarak was required to testify against Mr. Morsi in a case involving a 2011 jail break.

There is little doubt that Middle Eastern and North African autocracy has the winds at its back, in part because many in the region have been taken aback by the brutality of the counterrevolution that has sparked civil war, military intervention and harsh repression.

Nonetheless, multiple protests in recent years across the region in Morocco, Tunisia, Egypt, Lebanon, Jordan, Mauritania and Sudan as well as online protests in various countries, including Saudi Arabia, suggest that grievances underlying the 2011 and subsequent protests remain widespread. This is true for countries like Egypt where the achievements of the 2011 protests have been reversed as well as Tunisia, the one country that succeeded in pursuing political transition.

The survey seemed to confirm the notion that the key to long-term stability in the Middle East and North Africa lies in resolving the region’s ticking time bomb: unemployment and particularly youth unemployment.

The Zogby survey showed that employment, corruption, nepotism, an improved educational system and political reform were priorities for Egyptians and Tunisians. “The bottom line: the need to create jobs and reform governance so as to create greater confidence and opportunities for citizens are the challenges faced by the leaderships in both Tunisia and Egypt,” said James J. Zogby, the founder of ZRS.

Official youth unemployment rates across the Middle East hover around 30 percent and 20-25 percent in North Africa with real rates believed to be far higher.

Neither Arab autocrats nor democratic Tunisia have so far been able to deliver. Yet, the outcome of the battle between greater political liberalism and autocracy in the Middle East is likely to be won in the sphere of economics rather than politics.

Arab autocrats as well as Tunisian leaders have since 2011 been long on promising economic reform that would create jobs and enhance career perspectives and short on delivery. A failure to tackle corruption, the enhanced role of the state in countries like Egypt where the military supported by the UAE and Saudi Arabia plays an ever-greater role in the economy, and depressed oil prices, have stymied growth in the region.

As a result, economics rather than politics will also seal the ultimate fate of the Arab spring, a code word for the crisis of confidence in the system and in leadership that has helped autocrats in the Middle East and North Africa retain or regain power and has fuelled populism, nationalism and the rise of the far right across the globe.

In a rare and furtive recognition of Middle Eastern and North African realities by the Trump administration, the US embassy in Riyadh tweeted in early December a video with Arabic subtitles promoting peaceful protest as a path to "positive social and political changes," but quickly deleted it when questioned about it by Middle East Eye.

The video argued that "even in oppressive, authoritarian conditions, protesters can tailor their campaigns to succeed." It featured archival photos of celebrated protest movements, asserting that research showed that between 1900 and 2006, non-violent protests had been twice as effective as violent ones.

Mr. Al-Assad’s return to the Arab fold may constitute one more setback for forces of change in the Middle East and North Africa but is a long way from symbolizing their demise. For that to happen, the region’s autocrats have to make good on their promises by implementing painful structural reforms that inevitably will challenge vested interests. So far, there is little indication of that happening.

Which means that a warning earlier this year by Christine Lagarde, the managing director of the International Monetary Fund (IMF), that “public dissatisfaction, bubbling up in several countries, is a reminder that even more urgent action is needed” remains as valid today as when she first issued it.