The Khashoggi crisis: Putting Humpty Dumpty back together 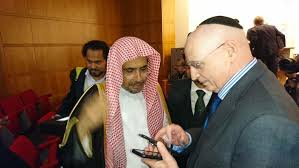 The killing of journalist Jamal Khashoggi and potential Western sanctions against Saudi Arabia has sparked renewed debate about the value of the longstanding alliance between the United States and the kingdom.

The debate is not limited to the US or the kingdom, both of which are assessing the reliability of the other even if that is a debate that is waged in Saudi Arabia behind close doors. It is also being discussed In Europe where like in the United States commercial and strategic interests are pitted against values.

And it is on the minds of Israeli leaders who increasingly have concluded that they need to temper expectations that Saudi Arabia would be able to lead a Sunni Muslim alliance in the Middle East capable of confronting Iran and countries like Turkey and Qatar viewed as Islamists akin to the Muslim Brotherhood. Israel increasingly looks at its relationships with Gulf states in transactional rather than strategic terms.

No one is contemplating a full rupture in relations, yet leaders on all sides of the divide realize that the Khashoggi crisis is a watershed that at the very least has fundamentally changed perceptions. Tempered expectations did not stop Israeli prime minister Binyamin Netanyahu from travelling to Oman last month, the first such visit in more than two decades, or his culture and sports minister, Mir Regev, from going to Abu Dhabi.

The crisis has consequences even for powers like Russia and China that are unconcerned about rights and other Western concepts of universal values but worry about the threat posed by ultra-conservative Sunni Muslim Islam to their soft underbellies in the Caucasus and Xinjiang.

It calls into question Saudi Arabia and Crown Prince Mohammed bin Salman’s ability to make good on the pledge to steer the kingdom towards an undefined form of ‘moderate Islam’ by cowing the kingdom’s religious establishment into submission and shaving off of the sharp ends of Wahhabism with actions such as lifting the ban on women’s driving.

Much like the United States has in the past two decades had to cope with the fallout of Saudi Arabia’s embrace of an ultra-conservative interpretation of the faith, Russia and China, with their own history of militant attacks, will increasingly confront similar risks.

That is particularly true for China that has framed its crackdown on Turkic Muslims in its north-western province of Xinjiang in what amounts to an almost unprecedented assault Islam as a fight against extremism and political violence.

At the core of the Western debate about Saudi Arabia’s viability as a reliable ally are several myths, including the belief that Saudi leaders over the decades were reformers who needed to tread slowly and cautiously in changing norms in a deeply conservative society as well as the notion that Saudi Arabia propagated an austere, ultra-conservative interpretation of Islam that threatened US interests.

A critic of Prince Mohammed, Georgetown University historian Abdullah Al-Arian last year combed through 70 years of New York Times reporting that repeatedly depicted Saudi leaders as reformers rather than conservative leaders who over the decades made unavoidable accommodations with modernity to fulfil their part of a social contract and ensure their own survival as leaders.

For sure, Saudi Arabia and the United States certainly never did and do not see eye to eye when it comes to values, particularly with regard to human rights and basic freedoms.

Yet, Saudi global funding of Sunni Muslim ultra-conservatism often served US purposes as an anti-dote to communism during the Cold War, no more so than in Afghanistan in the 1980s when ultra-conservative militants forced the departure of Soviet troops and set the stage for the demise of communism or when the kingdom helped the Reagan administration circumvent a Congressional embargo on the sale of arms to the Contras in Nicaragua.

That convergence of Saudi and US interests was severely dented by the 9/11 attacks with 15 of the 19 perpetrators hailing from the kingdom even if both sides realized that they were interdependent. The jury is out on whether the Khashoggi crisis constitutes a significant setback to Saudi Arabia’s US-backed regional ambitions, and if so to what degree.

The discovery by Saudi rulers that they share conservative family values as well as political interests when it comes to President Donald J. Trump and Israel with evangelists and fundamentalist Christians, a significant voting block in the United States and part of Mr. Trump’s support base, is emerging as one route to counter perceptions of the kingdom’s moral standing having been undermined.

Saudi Arabia, to fudge the growing perception of a lack of shared values with the United States reflected in Saudi actions, particularly since the rise in 2015 of the Salmans, King Salman and his son, Prince Mohammed, has poured tens of millions of dollars into public diplomacy and lobbying in the United States.

As part of the effort, the Salmans have sought to project the kingdom as a beacon of religious harmony despite its discrimination of Shiites and long-standing history of prejudice against Jews and Christians.

To that end, they have redirected vehicles the kingdom once used to promote its austere, intolerant interpretation of the faith such as the World Muslim League, to advocate inter-faith harmony.

Working through the kingdom’s various lobbying groups in Washington and contracted US public relations and lobbying firms, the league last month, as the Khashoggi crisis erupted, organized a conference in New York attended by Christian, Jewish and Muslim leaders to discuss a cultural rapprochement between the United States and the Islamic world and countering extremism.

The league’s general secretary, Muhammad bin Abdul Karim Al-Issa, a former Saudi justice minister, who in the past in line with ultra-conservative precepts denounced witchcraft defined as including, among other things astrology, the use of plants for medicine, palm-reading, and animal calling, has emerged as the kingdom’s prime spokesman on religious tolerance.

Mr.  Al-Issa has advocated tolerance and moderation, promoted dialogue, denounced violence against Israel and recognized the Holocaust, major steps for a country that once tailored its visa requirements to bar Jews from entry.

The visit, despite evangelical denials had as much to do with US politics as it was about shared values. Reverend Pat Robertson, a key figure in evangelical circles, made that clear on his influential Christian Broadcasting Network.

Closely following Mr. Trump’s statements on the Khashoggi killing, Mr. Patterson went from warning days after the journalist’s disappearance that “you don’t blow up an international alliance over one person” to denouncing Prince Mohammed.

The message was that politics rather than shared values is likely to determine whether the Khashoggi killing constitutes a watershed or merely a blip in history.