Saudi Arabia and Iran: When it comes to exiles, the pot calls the kettle black 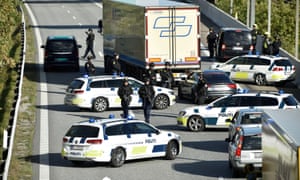 If Saudi Arabia is under pressure to give chapter and verse on the killing of journalist Jamal Khashoggi in its consulate in Istanbul, Iran risks straining relations with Europe at a time that it needs European support the most by targeting ethnic rights activists.

Mr. Khashoggi’s murder has focused attention on Saudi harassment and intimidation of dissidents as part of the kingdom’s effort to silence critical voices. The Saudi campaign had little geopolitical significance until Mr. Khashoggi’s killing.

By contrast, Iran’s long history of targeting ethnic rights activists, including Iranians of Arab descent and Kurds, has long been rooted in the Islamic republic’s belief that they enjoy the support of the United States, Saudi Arabia and Israel in a bid to destabilize the country.

In the latest Iranian incident, Danish Prime Minister Lars Lokke Rasmussen and intelligence chief Finn Borch Andersen are calling for European Union sanctions after they discovered a plot to kill Danish residents associated with the Arab Struggle Movement for the Liberation of Ahvaz (ASMLA), an Iranian Arab group.

The plot, together with at least two other incidents in Europe in the last year, complicates European efforts to salvage a 2015 international agreement to curb Iran’s nuclear program after the United States withdrew from the deal and imposed crippling sanctions on Iran despite Iran’s denials of involvement.

The alleged Danish plot came to a head when authorities in late September closed bridges into Copenhagen and suspended train operations in connection with the case. Mr. Andersen said that Norway had since extradited to Denmark a Norwegian national of Iranian descent who was seen taking pictures of a the Danish home of an ASMLA leader.

ASMLA strives for independence of Iran’s south-eastern oil-rich province of Khuzestan that is home to Iran’s ethnic Arab community and borders on Iraq at the head of the Gulf.

Two other groups, the Islamic State and the Ahvaz National Resistance, claimed responsibility in September for an attack on a Revolutionary Guards parade in the Khuzestan capital of Ahwaz in which 29 people were killed and 70 others wounded.

Iranian officials blamed the United States and its allies, Saudi Arabia, the United Arab Emirates and Israel for the attack.

Iran at the time summoned the ambassadors of the Netherlands, Denmark and Britain to protest the three countries’ hosting of Iranian ethnic rights militants.

The Danish plot followed the killing by unidentified gunmen in the Netherlands in November 2017 of Ahmad Mola Nissi, another ASMLA leader. Shot dead on a street in The Hague, Mr. Mola Nissi died the violent life he was alleged to have lived.

A 52-year-old refugee living in the Netherlands since 2005, was believed to have been responsible for attacks in Khuzestan in 2005, 2006 and 2013 on oil facilities, the office of the Khuzestan governor, other government offices, and banks.

Mr. Mola Nissi was killed as he was preparing to establish a television station backed by Saudi-trained personnel and funding that would target Khuzestan.

The Netherlands has emerged in recent years as a hub for Iranian activists alongside Britain.

A group of exile Iranian academics and political activists, led by The Hague-based social scientist Damon Golriz, announced in September the creation of a group that intends to campaign for a liberal democracy in Iran under the auspices of Reza Pahlavi, the son of the ousted Shah of Iran who lives in the United States.

Compounding the fallout of Iran’s targeting of activists, is last month’s expulsion by France of an Iranian diplomat accused of being part of a plot to bomb a rally in Paris organized by the Mujahedeen-e-Khalq, a Saudi-backed Iranian exile group that calls for regime change in Tehran. The diplomat was among six people arrested for allegedly plotting the bombing.

U.S. officials say Iran plotted to attack the group’s massive base in Albania in March.

Support for the Mujahedeen has figured prominently in broadcasts of UK-based television station Iran International that according to The Guardian is owned by a secretive offshore entity with close links to Saudi crown prince Mohammed bin Salman.

The Guardian reported that Saud al-Qahtani, Prince Mohammed’s menacing information czar who was one of several senior Saudi officials removed from office in the wake of the killing of Mr. Khashoggi, was among the station’s main funders.

“I can say that Iran International TV has turned into a platform … for ethnic partisanship and sectarianism,” The Guardian quoted a source as saying.

The Danish, French and Dutch incidents suggest that Iran takes serious indications that Saudi Arabia is considering attempting to destabilize the Islamic republic by stirring unrest among its ethnic minorities.

Mr. Bolton advocated a similar strategy before becoming Mr. Trump’s national security advisor.
Iran has been the target in the past year of various insurgent groups believed to have Saudi support, sparking repeated clashes with Iranian security forces and the interception of Kurdish, Baloch and other ethnic rebels.

Iranian foreign minister Mohammad Javad Zarif arrived in Islamabad this week on an unscheduled visit to discuss the recent kidnapping of at least 12 Iranian border and Revolutionary Guards believed to have been abducted on the Iranian side of the Pakistani-Iranian border by Jaish al-Adl, a Pakistani group that often issues its statements in Arabic rather than Baloch, Urdu or Farsi.

As the United States prepared to next week impose a new round of sanctions against Iran, Secretary of State Mike Pompeo used the Iranian attacks in Europe to weaken European rejection of the US move.

“For nearly 40 years, Europe has been the target of Iran-sponsored terrorist attacks. We call on our allies and partners to confront the full range of Iran’s threats to peace and security,” Mr. Pompeo tweeted.