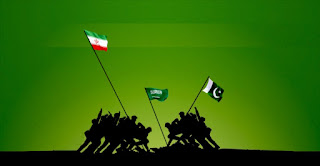 An offer by a Saudi-backed bank to lend financially strapped Pakistan US$4 billion is likely intended to bolster Saudi influence when former international cricket player Imran Khan is sworn in in the coming week as the South Asian country’s next prime minister.

The offer was most immediately related to a statement by Asad Umar, Pakistan’s new finance minister-in-waiting, that Pakistan would decide on whether to seek a bailout from the International Monetary Fund (IMF) or friendly nations such as China and Saudi Arabia by the end of September.

Pakistan reportedly is looking to possibly ask the IMF for a US$12 billion bailout package. The country’s foreign exchange reserves have plummeted over the past year. Chinese loans have so far kept Pakistan afloat.  Pakistan’s currency, the rupee, has been devalued four times since December and lost almost a quarter of its value.

It was unclear whether the loan by the Jeddah-based Islamic Development Bank (IDB) would be in addition to IDB’s activation in late July of a three-year US$4.5-billion oil financing facility for Pakistan intended to stabilize the rupee-dollar exchange rate in the interbank market that has largely remained under pressure. The International Islamic Trade Finance Corporation (ITFC), an IDB subsidiary, at the same time rolled over a loan to Pakistan of $100 million.

Nonetheless, the offer even before Mr. Khan takes office, is also related to Saudi uncertainty over what his rise to power means geopolitically for the kingdom’s bitter rivalry with Iran, Pakistan’s neighbour.

But in terms of Iran, Mr. Khan, whose Pakistan Tehreek-e-Insaf (PTI) party won the most votes in July 25 elections, has suggested that he may adopt a more independent course.

In a phone call with Iranian President Hassan Rouhani, Mr. Khan this week accepted an invitation to visit Tehran. Mehdi Honardoost, Iran’s ambassador to Pakistan, was among the first diplomats Mr. Khan met after his election victory.

In a post-election televised speech Mr. Khan made a point of discussing his country’s relationship with Saudi Arabia and Iran.

“We want to improve ties with Iran. Saudi Arabia is a friend who has always stood by us in difficult times. Our aim will be that whatever we can do for conciliation in the Middle East, we want to play that role. Those tensions, that fight, between neighbours, we will try to bring them together," Mr. Khan said.

The prime minister noted in separate remarks that “if any country needs peace right now, then it is Pakistan… (Saudi Arabia) has stood by us in our toughest times. We would like to be a reconciliatory state and help them resolve their inner tensions.”

Saudi Arabia has so far given no indication that it is interested in mediated efforts or a negotiated resolution of its dispute with Iran. If anything, Saudi Arabia has welcomed US President Donald J. Trump’s withdrawal from the 2015 nuclear agreement that curbed Iran’s nuclear programme and his efforts to economically strangle the Islamic republic with harsh sanctions.

In a sign that Mr. Khan’s room to manoeuvre may be limited, Pakistan’s military earlier this year agreed to send troops to Saudi Arabia on a “training and advise mission” that would according to a military statement, not expand beyond the kingdom’s borders. Pakistan’s parliament rejected in 2015 a Saudi request that it authorize Pakistani troops to participate in its troubled military campaign in Yemen.

Nonetheless, Saudi Arabia is likely to be concerned about the possible appointment as defense minister of Shirin Mazari, a controversial academic, who last year criticized in a series of tweets the fact that Pakistani general Raheel Sharif commands the 41-nation, Saudi-sponsored Islamic Military Counter Terrorism Coalition (IMCTC).

Earlier, Ms. Mazari asserted that Pakistan should not cooperate in Saudi Arabia’s alleged pursuit of a US agenda and should instead forge ties to Iran and India.

“US always speak about promoting democracy but it supports an entirely different policy in the Middle East. We should review our foreign policy as Saudi Arabia is acting on a specific agenda. Pakistan should not become party in this agenda and we should establish cordial relations with all neighbours like India, Iran and Afghanistan,” Ms. Mazari said.

Ironically, controversy about Ms. Mazari focused on her advocacy two decades ago of nuclear strikes on Indian population centres in the event of a war between the two countries. Mr. Khan has suggested that he was willing to go the extra mile to improve relations with India.