Russian Hackers: The shadowy world of US and Gulf hacks just got murkier 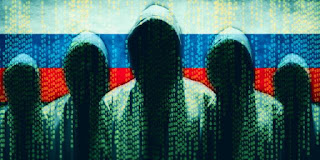 The covert Qatar-United Arab Emirates cyberwar that helped spark the 13-month-old Gulf crisis that pits a Saudi-United Arab Emirates-led alliance against Qatar may have just gotten murkier with the indictment of 12 Russian intelligence agents by US Special Counsel Robert Mueller.

“Starting in or around June 2016 and continuing through the 2016 U.S. presidential election, the Conspirators used DCLeaks to release emails stolen from individuals affiliated with the Clinton Campaign,” the indictment reads.

Yet, the indictment’s repeated references to DCLeaks raises the question whether there may also be a Russian link to the hacking last year of Yousef al-Otaiba, the UAE’s ambassador to the United States.

Mr. Otaiba’s revealing and potentially damaging emails that seemed to help Qatar in its public diplomacy campaign were distributed to major media and analysts, including this writer, by an entity that identified itself as Global Leaks.

Questions about a potential link between Global Leaks, DCLeaks and Russia stem not only from Global Leak’s use of a Russian provider that offers free email service but also by the group’s own reference to DCLeaks. The group’s initial email had ‘DCLeaks’ in its subject line.

It remains unclear whether the use of a Russian provider was coincidental and whether the reference to DC leaks was meant to mislead or create a false impression.

Global Leaks initially identified itself in en email as “a new group which is bringing to limelight human right violations, terror funding, illegal lobbying in US/UK to limelight of people to help make USA and UK great again and bring justice to rich sponsors of crime and terror.”

When pressed about its identity, the group said that “we believe that (the) Gulf in general has been crippling the American policy by involving us in their regional objectives. Lately it’s been (the) UAE who has bought America and traditionally it was their bigger neighbour (Saudi Arabia). If we had to hurt UAE, we have so much of documents given by source that it will not only hurt their image and economy but also legally and will for sure result in UN sanctions at the least. But that is not our goal.

Our goal is plain and simple, back off in playing with American interests and law, don't manipulate our system, don't use money as a tool to hurt our foreign policy…. It may be a coincidence that most things (we are leaking) do relate to UAE but in times to come if they continue and not stop these acts, we will release all the documents which may hurt all the countries including Bahrain and Qatar," the group said.

Global Leaks’ allegation that the UAE was seeking to suck the United States’ into Gulf affairs predated reports that Mr. Mueller, the special counsel, was beside Russia also looking into whether George Nader, a highly paid Lebanese-American advisor to UAE Crown Prince Mohammed bin Zayed, had funnelled funds to the Trump campaign.

Mr. Mueller is further investigating a meeting in the Seychelles between Blackwater founder Erik Prince and Kirill Dmitriev, CEO of the Russian Direct Investment Fund, the country’s sovereign wealth fund, that was brokered by the UAE. Messrs. Prince and Dmitriev have denied that the meeting had anything to do with Mr. Trump.

Mr. Trump has not publicly addressed reports that his election campaign may have received Gulf funding but at a news conference with Russian President Vladimir Putin on Monday, Mr. Trump declined to endorse his government's assessment that Russia interfered in the 2016 presidential election, saying he doesn't "see any reason why Russia would be responsible.”

A British public relations watchdog, Spinwatch Public Interest Investigations, said, in a report published this week detailing UAE lobby efforts, that the Emirates since the 2011 popular Arab revolts had tasked public relations companies in the United States and Britain with linking members of Qatar’s ruling family to terrorism.

The lobbying effort also aimed to get the Qatar-backed Muslim Brotherhood banned, involved UAE threats to withhold lucrative trade deals from Britain if allegedly pro-Brotherhood reporting by the BBC was not curtailed, and targeted journalists and academics critical of the Gulf country, according to the report.

US intelligence officials said the UAE had last year orchestrated the hacking of Qatari government news and social media sites in order to post incendiary false quotes attributed to Qatar's emir, Sheikh Tamim Bin Hamad al-Thani. The hacking provided the pre-text for the UAE-Saudi led economic and diplomatic boycott of the Gulf state. The UAE has denied the assertion.

US and Qatari officials said earlier that Russian hackers for hire had executed the attack on the Qatari websites. Cybersecurity experts said at the time that the hackers worked for various Gulf states. They said the methods used in the hacking of the Qatari website and Mr. Otaiba’s email were similar.

“They seem to be hackers-for-hire, freelancing for all sorts of different clients, and adapting their skills as needed,” said security expert Collin Anderson.

Two cybersecurity firms, ThreatConnect and Fidelis Cybersecurity said in 2016 that they had indications that the hackers who hit the Democratic National Committee were preparing a fake version of the U.A.E. Minis Britaintry of Foreign Affairs website that could be used in phishing attacks.

The UAE-Qatari cyberwar was indeed likely enabled by Russian hackers working for their own account rather than in coordination with the Russian government. It is however equally possible that the same hackers also put their services at the disposal of Russia.

None of what is known about the murky world of Russian hackers is conclusive, let alone produces a smoking gun. The various strands of Mr. Mueller’s investigation, however, suggest grounds to query not only Russian cyber efforts to influence the US election but also the involvement of Russian nationals in the cyber war in the Gulf and potential links between the two operations.