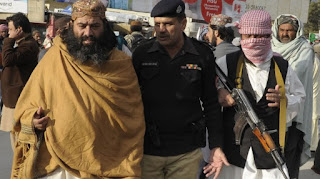 A virulently anti-Shiite, Saudi-backed candidate for parliament in Pakistan’s July 25 election symbolizes the country’s effort to reconcile contradictory policy objectives in an all but impossible attempt to keep domestic forces and foreign allies happy.

Ramzan Mengal’s candidacy highlights Pakistan’s convoluted relationship to Islamic militants at a time that the country risks being blacklisted by an international anti-money laundering and terrorism finance watchdog.

It also spotlights Pakistan’s tightrope act in balancing relations with Middle Eastern arch rivals Saudi Arabia and Iran while trying to ensure security for the China Pakistan Economic Corridor (CPEC), at US$50 billion plus the crown jewel of China’s infrastructure-driven Belt and Road initiative and its single largest investment.

Finally, it puts on display risks involved in China’s backing of Pakistan’s selective support of militants as well as the Pakistani military’s strategy of trying to counter militancy by allowing some militants to enter the country’s mainstream politics.

An Islamic scholar, Mr. Mengal heads the Balochistan chapter of Ahle Sunnat Wal Jammat (ASWJ), a banned successor to Sipah-e-Sahaba, an earlier outlawed group responsible for the death of a large number of Shiites in the past three decades.

Pakistan last month removed Muhammad Ahmed Ludhianvi, the head of Ahl-e-Sunnat from the Pakistani terrorism list, at the very moment that it was agreeing with the Financial Action Task Fore (FATF) on a plan to strengthen the country’s anti-money laundering and terrorism finance regime that would keep it off the groups blacklist.

Military support for the participation of militants in elections was “a combination of keeping control over important national matters like security, defense and foreign policy, but also giving these former militant groups that have served the state a route into the mainstream where their energies can be utilized,” a senior military official said.

Critics charge that integration is likely to fail. “Incorporating radical Islamist movements into formal political systems may have some benefits in theory… But the structural limitations in some Muslim countries with prominent radical groups make it unlikely that these groups will adopt such reforms, at least not anytime soon… While Islamabad wants to combat jihadist insurgents in Pakistan, it also wants to maintain influence over groups that are engaged in India and Afghanistan,” said Kamran Bokhari, a well-known scholar of violent extremism.

Citing the example of a militant Egyptian group that formed a political party to participate in elections, Mr. Bokhari argued that “though such groups remain opposed to democracy in theory, they are willing to participate in electoral politics to enhance their influence over the state. Extremist groups thus become incorporated into existing institutions and try to push radical changes from within the system.”

Speaking to Al Jazeera, Mr. Mengal was uninhibited about his relationship with Pakistan’s security forces. "No restrictions at all. I have police security during the election campaign. When I take out a rally in my area, I telephone the police and am given guards for it.,” he said. Mr. Mengal said of the 100 ASWJ operatives arrested in the last two years only five or six remained behind bars.

A frequent suspect in the killings of Hazara Shiites in Balochistan, Mr. Mengal led crowds in chanting "Kafir, kafir, Shia kafir (Infidels, infidels, Shiites are infidels)," but is now more cautious not to violate Pakistani laws on hate speech.

Pakistan’s National Commission for Human Rights reported in May that 509 Hazaras had been killed since 2013.

Many of those killings are laid at the doorstep of Lashkar-e-Jhangvi, a violent group that split from Sipah/ASWJ but, according to a founding member of Sipah still has close ties to the mother organization. ASWJ denies that it is still linked to Lashkar-e-Jhangvi

Suicide bombers killed 129 people this month in an attack on a rally of the newly founded Balochistan Awami Party, widely seen as a military-backed group seeking to counter Baloch nationalists. The Islamic State as well as the Taliban claimed responsibility for the attack.

Mr Mengal was the alleged conduit in the past two years for large amounts of Saudi money that poured into militant madrassas or religious seminaries that dot Balochistan, the Pakistani province of Balochistan.

The funds, despite the fact that it was not clear whether they were government or private monies, and if they were private whether the donations had been tacitly authorized, were widely seen as creating building blocks for a possible Saudi effort to destabilize Iran by fomenting ethnic unrest among the Baloch on the Iranian side of the Pakistani border.

A potential Saudi effort, possibly backed by the United States, would complicate an already difficult security situation in Balochistan, home to the port of Gwadar, which is a key node in China’s massive investment in Pakistan and has witnessed attacks on Chinese targets.

It would risk putting Saudi and Chinese interests at odds and upset Pakistan’s applecart, built on efforts to pacify Balochistan while not allowing its longstanding, close ties to the kingdom to strain relations with its Iranian neighbour.

The Pakistani military’s strategy of easing militants into the country’s mainstream politics is also not without risks for China that in contrast to its South Asian ally has adopted an iron fist in dealing with dissent of its own, particularly in the troubled north-western province of Xinjiang where China has implemented extreme measures to counter Uyghur nationalism and militant Islam.

If successful, it would create an alternative approach to counterterrorism. If not, it would reflect poorly on China’s selective shielding from United Nations designation as a global terrorist of a prominent Pakistani militant, Masood Azhar, a fighter in Afghanistan and an Islamic scholar who is believed to have been responsible for a 2016 attack on India’s Pathankot Air Force Station.

Dr. James M. Dorsey is a senior fellow at the S. Rajaratnam School of International Studies, co-director of the University of Würzburg’s Institute for Fan Culture, and co-host of the New Books in Middle Eastern Studies podcast. James is the author of The Turbulent World of Middle East Soccer blog, a book with the same title as well as Comparative Political Transitions between Southeast Asia and the Middle East and North Africa, co-authored with Dr. Teresita Cruz-Del Rosario,  Shifting Sands, Essays on Sports and Politics in the Middle East and North Africa, and the forthcoming China and the Middle East: Venturing into the Maelstrom
China Iran Islam Islamists Militant Islam Pakistan Saudi Arabia