Pakistan’s financial crisis puts Belt and Road on the spot 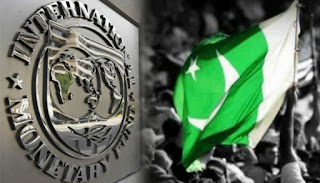 Increased Pakistani dependence on China to help it avert resorting to the International Monetary Fund (IMF) to avoid a financial and economic crisis spotlights fears that the terms of Chinese investment in massive Belt and Road-related projects would not pass international muster.

Concerns that China’s US$ 50 billion plus investment in Pakistani infrastructure and energy, the Belt and Road’s crown jewel dubbed the China Pakistan Economic Corridor (CPEC), potentially amounts to a debt trap, compound suggestions that Pakistan increasingly will have no choice but to toe Beijing’s line.

The concerns are reinforced by the vision spelled out in a draft plan for CPEC. The plan envisioned a dominant Chinese role In Pakistan’s economy as well as the creation of a Chinese style surveillance state and significant Chinese influence in Pakistani influence.

Pakistani officials, concerned that Chinese loans offer a band-aid rather than a structural solution, have cautioned China, in a bid to keep the People’s Republic committed to bailing them out, that CPEC projects would be at risk if their country was forced to seek help from the IMF.

The officials said that they would have to disclose the terms of CPEC projects if they are forced to revert to the IMF and that this could lead to projects being cancelled.

“Once the IMF looks at CPEC, they are certain to ask if Pakistan can afford such a large expenditure given our present economic outlook,” the Financial Times quoted a Pakistani official as saying.

China has so far been willing to bail Pakistan out with Chinese state-owned bank giving the South Asian country some $5 billion in loans in the last 12 months in addition to a US$1.5 billion trade facility.

Pakistan’s foreign currency reserves plunged to US$9.66 billion last month from US$16.4 billion in May 2017.

Pakistani efforts to avert a crisis could not come at a more sensitive moment with elections scheduled for July 25. Political tension in the country were heightened this week by the sentencing to prison on corruption charges of ousted prime minister Nawaz Sharif and his daughter, Maryam, as well as the likely participation of a large number of Islamic militants in the polls.

To make things worse, China last month did not try to shield Pakistan from being grey-listed by the Financial Action Task Force (FATF), an international anti-money laundering and terrorism watchdog. that threatens to impair the country’s access to international financial markets.

Pakistan is struggling to avoid being blacklisted by the group.

Pakistani concern about disclosing terms of CPEC projects, even if it may involve a degree of opportunistic hyperbole, reinforces widespread worries in the country itself as well as in the international community that Chinese-funded Belt and Road projects put recipients at risk of walking into a debt trap and losing control of some of their key assets.

Malaysia this week suspended China-backed projects worth more than US$20 billion on the grounds that many made no financial sense. The projects included a railway and two pipelines.

China has written off an undisclosed amount of Tajik debt in exchange for ceding control of some 1,158 square kilometres of disputed territory close to the Central Asian nation’s border with the troubled north-western Chinese province of Xinjiang. Sri Lanka, despite public protests, was forced to give China a major stake in its port of Hambantota.

Pakistan and Nepal withdrew last November from two dam-building deals. The withdrawal coincided with mounting questions in Pakistan about what some saw as a neo-colonial effort to extract the country’s resources.

A report published in March by the Washington-based Center for Global Development warned that 23 of the 68 countries benefitting from Belt and Road investments were “significantly or highly vulnerable to debt distress.”

The centre said eight of the 23 countries – Pakistan, Tajikistan, Djibouti, Kyrgyzstan, Laos. the Maldives, Mongolia, and Montenegro, Pakistan, and Tajikistan – were particularly at risk.
Djibouti already owes 82 percent of its foreign debt to China while China is expected to account for 71% of Kyrgyz debt as Belt and Road-related projects are implemented.

“There is…concern that debt problems will create an unfavourable degree of dependency on China as a creditor. Increasing debt, and China’s role in managing bilateral debt problems, has already exacerbated internal and bilateral tensions in some BRI (Belt and Road initiative) countries,” the report said.

With analysts predicting that China will ultimately be unable to stabilize Pakistan financially, Pakistan is ultimately likely to have to revert to the IMF in a move that could seriously impact the Belt and Road initiative, widely perceived as an infrastructure driven effort to cement Chinese economic and geopolitical influence across a swath of land that stretches from South-eastern Europe and the Atlantic coast of Africa to the People’s Republic.

Analysts estimate that Pakistan this year needs US$ 25-28 billion to service its debt and ensure investor confidence in its ability to put its financial house in order. An IMF technical assistance team this week concluded a week-long visit to Pakistan.

Said one analyst: “Ultimately, the IMF is Pakistan’s only option. If an IMF-imposed regime has consequences for BRI (Belt and Road Initiative) projects, it could impact perceptions of the terms China imposes.”