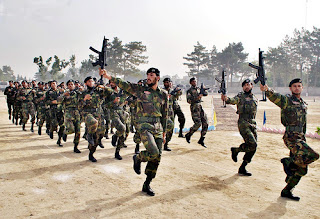 Self-serving Pakistani politics threaten to aggravate the country’s myriad problems that have strained its relations with the United States and could heighten tension in the restless, key geo-strategic region of Balochistan, a vital node bordering Iran in China’s Belt and Road initiative and the earmarked home for the People’s Republic’s second foreign military base.

Pakistan’s short-sighted political battles are being fought at a time of worsening relations with the United States over alleged Pakistani support of militants and concern that the United States may withdraw from the 2015 international nuclear agreement with Iran. They potentially create a dilemma for China which is heavily invested in Pakistan with its more than $50 billion China Pakistan Economic Corridor (CPEC).

The stage to remove Mr. Zehri was set last week when the province’s interior minister, Sarfaraz Bugti, known for his close ties to the armed forces, stepped down after co-sponsoring a motion of no-confidence in the chief minister in the provincial assembly.

The targeting of Mr. Zehri, signalled the closing of the door on already failed efforts to drive a wedge between various nationalist Baloch insurgent groups and weaken Islamic militants that have wreaked havoc in Balochistan with attacks on Chinese, Pakistani military, and Shiite targets.

Closing the door amounted to kicking a dead body. Informal contacts between the Baloch provincial government, the federal government when Mr. Sharif was still in office, and Brahmdagh Bugti, a Baloch nationalist living in exile in Switzerland, who heads the Baloch Republican Party, fizzled out when Mr. Zehri came to office in late 2015. Nonetheless, Mr. Zehri refrained from slamming the door shut.

By the same token, Mr. Bugti’s demand that Pakistan end its military and paramilitary operations against nationalist forces in Balochistan, a resource-rich, population-poor region the size of France that straddles the border with the Iranian province of Sistan and Baluchistan, as a pre-condition for formal talks was likely one reason that the contacts failed.

More militant nationalists refused to endorse Mr. Bugti’s position, but quietly watched whether he would make headway. Even so, there was no guarantee that the militants would have accepted a deal negotiated by Mr, Bugti, whose grandfather, Nawab Bugti, was killed by the military in 2006, a year after he had presented a plan for greater Baloch autonomy that stopped short of demanding independence.

The timing of the effort to topple Mr. Zehri and foreclose renewed contacts with Baloch nationalist factions could not be more sensitive. It comes, against the backdrop of a long history of military support for militant religious groups to counter the nationalists in Balochistan, and at a moment that the armed forces have used militants elsewhere to weaken the PMN-L while at the same time refute US allegations that it backs extremists in Pakistan as well as Afghanistan.

The Trump administration said last week that it was cutting almost all security aid to Pakistan believed to total more than $1 billion until it deals with militant networks operating on its soil. Pakistan, in response and in advance of a visit this month by a United Nations Security Council team to evaluate Pakistani compliance with its resolutions, has sought to crack down on the fundraising and political activities of Hafez Saeed, an internationally designated terrorist accused of having masterminded the 2008 attacks in Mumbai.

The crackdown constitutes a double-edged sword. Pakistan and its military needs to be seen to be acting against internationally designated terrorist groups, yet Mr. Saeed has been treated over the years with kid gloves. His organization was allowed to continue operations under multiple guises and although he was put under house arrest several times, he was not remanded behind bars. It wasn’t clear whether the crackdown by the PMN-L-led federal government of Prime Minister Shahid Khaqan Abbasi has the backing of the military.

Mr. Saeed has recently attempted to move into mainstream politics with the backing of the military. Military support was “a combination of keeping control over important national matters like security, defense and foreign policy, but also giving these former militant groups that have served the state a route into the mainstream where their energies can be utilized,” a senior military official said. Mr. Saeed, who headed Lashkar-e-Taiba (LeT), widely viewed as one of South Asia’s most violent groups, was a military proxy in confronting India in Kashmir.

Associates of Mr. Saeed said that their participation in this summer’s election was in part designed to prevent the PMN-L from returning to office. “There is little else more patriotic than ensuring the ouster of the Sharifs. Pakistan needs a government that serves Pakistani, not Indian interests”, said Nadeem Awan, a spokesman for Jamat u-Dawa, widely seen as a LeT front headed by Mr. Saeed.

The military, also last month, displayed its political influence and inclination by mediating an end to a weeks-long blockade of a main artery leading into Islamabad to protest a perceived softening of the government’s adherence to Islam in a proposed piece of legislation.

The resolution was seen as favouring Tehreek Labbaik Pakistan (TPL), the organizer of the protest. TPL is a political front for Tehreek Labbaik Ya Rasool Allah (TLR), which glorifies Mumtaz Qadri, who was executed for killing Punjab governor Salman Taseer because of his opposition to Pakistan’s draconic blasphemy law.

All in all, the Pakistani military appears to be embroiled in battles on multiple fronts in a Herculean effort to satisfy target audiences with contradictory demands. Countering the PML-N by supporting religious forces complicates refuting US allegations of support for militants.

It also risks escalating violence in Balochistan and enhancing opportunity for external players like the United States and Saudi Arabia to use the province as a launching pad for efforts to destabilize Iran should they opt to travel down that road.

President Donald J. Trump has to decide this month whether to certify Iranian compliance with the nuclear agreement and waive US sanctions. A failure to do so could lead to a US withdrawal from the agreement.

China, by the same token, sees Pakistan’s use of proxies against India as useful, yet needs stability in Balochistan to secure its massive investment.

Pakistan could well be the ultimate loser in battles between its various institutions that appear focused more on vested interests than on resolving issues that have long held the country back such as extremism, intolerance, and ensuring fundamental rights. In pursuit of their own interests, neither the United States nor China appear willing to help their Pakistani allies look beyond their narrow and most immediate concerns towards the development of policies that would launch the country on a path of security, stability and economic prosperity.

Dr. James M. Dorsey is a senior fellow at the S. Rajaratnam School of International Studies, co-director of the University of Würzburg’s Institute for Fan Culture, and co-host of the New Books in Middle Eastern Studies podcast. James is the author of The Turbulent World of Middle East Soccer blog, a book with the same title as well as Comparative Political Transitions between Southeast Asia and the Middle East and North Africa, co-authored with Dr. Teresita Cruz-Del Rosario and  Shifting Sands, Essays on Sports and Politics in the Middle East and North Africa.
China Iran Islamists Militant Islam Pakistan Saudi Arabia United States