With mosques under surveillance, IS turns to soccer for recruitment 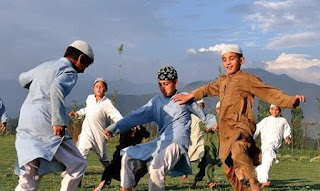 Abu Otaiba, the nom du guerre of a self-taught imam and Islamic State (IS) recruiter in Jordan, uses soccer to attract recruits.

“We take them to farms, or private homes. There we discuss and we organize soccer games to bring them closer to us,” Abu Otaiba told The Wall Street Journal in a recent interview.

Abu Otaiba said he was recruiting outside of mosques because they “are filled with intelligence officials.” Mosques serve him these days as a venue to identify potential recruits whom he approaches elsewhere.

A similar development is evident in Jordanian universities where sports clubs and dormitories have become favoured IS hunting grounds because they so far don’t figure prominently on Jordanian intelligence’s radar. 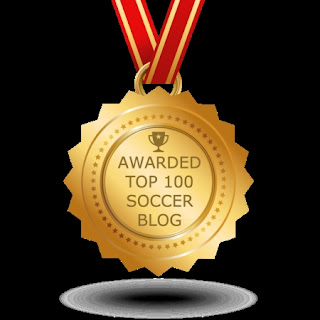 IS’ use of soccer reflects anthropologist Scott Atran’s observation that suicide bombers often emerge from groups with an action-oriented activity. It also is symptomatic of jihadists’ convoluted relationship to a sport that they on the one hand view as an invention of infidels designed to distract the faithful from their religious obligations and on the other hand see as a useful tool to draw in new recruits.

Attitudes towards soccer are complicated by the fact that many jihadist and militant Islamist leaders are either former players or soccer fans. Islamic State caliph Abu Bakr al-Baghdadi was a fervent soccer player while in US prison in Iraq where he earned the nickname Maradona after Argentinian superstar Diego Maradona.

Osama Bin Laden was believed to be an Arsenal FC fan who had his own mini-World Cup during the war against the Soviets in Afghanistan in the 1980s. Teams formed by foreign fighters based on nationality played against one another in downtime. While in exile in Sudan, Mr. Bin Laden had two squads that trained three times a week and play on Fridays after midday prayers.
Hassan Nasrallah’s Hezbollah manages clubs in Lebanon while Hamas’ Ismail Haniyeh, a former player has organized tournaments in Gaza.

An online review conducted in 2014 by Vocativ of jihadist and militant Islamist Facebook pages showed that their owners often were soccer fans. However, jihadist empathy for the sport does not stop them from targeting local games in a geography stretching from Iraq to Nigeria as well as big ticket European and World Cup matches whose live broadcasts hold out the promise of a worldwide audience.

A IS suicide bomber blew himself up in March in a soccer stadium south of the Iraqi capital, killing 29 people and wounding 60. The bomber chose a match in a small stadium in the city of Iskanderiya, 30 miles from Baghdad. The London-based Quilliam Foundation reported at about the same time that boys in IS military training were instructed to kick decapitated heads as soccer balls.

Crowds in IS’ Syrian capital of Raqqa were forced in July to attend the public execution of four players of the city’s disbanded Al Shabab SC soccer team -- Osama Abu Kuwait, Ihsan Al Shuwaikh, Nehad Al Hussein and Ahmed Ahawakh -- on charges that they had been spies for the People's Protection Units (YPG), the Syrian Kurdish militia that is in the frontline of confronting IS on the ground in Syria.

Yet, with IS under increased military pressure in Syria and Iraq, the group, desperate to project a degree of normalcy in areas it still controls, appears to be turning to sports and soccer in particular. Breaking with its past muddled banning of soccer despite its use of the sport as a recruiting tool, IS has urged boys in various towns including Raqqa in Syria and Mosul and Tal Afar in Iraq to participate in what it dubbed the Jihad Olympics.

Boys, despite a ban on soccer jerseys and the execution of 13 kids in early 2015 for watching an Asian Cup match on television, play soccer or tug of war during the events and are awarded sweets and balloons if their team is victorious. The boys’ families are invited to watch the games.

IS appears to have been struggling with the notion of using soccer as a way of placating its population and projecting normalcy for some time. The group authorized the showing of the FC Barcelona and Real Madrid derby a week after the attacks in November 2015 in Paris that targeted a major soccer match among others, but at kick-off rescinded the permission and closed down cafes and venues broadcasting the match because of a minute’s silence at the beginning of the game in the Madrid stadium in honour of the victims of the attacks in the French capital.

A precursor to IS’ Jihad Olympics was an exemption of children from the ban on soccer as well as video clips showing fighters in a town square kicking a ball with kids. Confusion within the group about its policy towards soccer is reflected in the fact that age limits for the exemption vary from town to town. In Manbij, a town near Aleppo recently conquered by US-backed militias, children older than 12 were forbidden to play the game while in Raqqa and Deir-ez-Zor in eastern Syria the age limit is believed to be 15.

Similarly, foreign fighters have been allowed to own decoders for sports channels and watch matches in the privacy of their homes.

“IS policy towards soccer is driven by opportunism and impulse. The group fundamentally despises the game, yet can’t deny that it is popular in its ranks and in territory it governs,” said a former Raqqa resident.

Dr. James M. Dorsey is a senior fellow at the S. Rajaratnam School of International Studies, co-director of the University of Würzburg’s Institute for Fan Culture, and the author of The Turbulent World of Middle East Soccer blog, a recently published book with the same title, and also just published Comparative Political Transitions between Southeast Asia and the Middle East and North Africa, co-authored with Dr. Teresita Cruz-Del Rosario
Iraq Islam Islamists Jihadists Syria