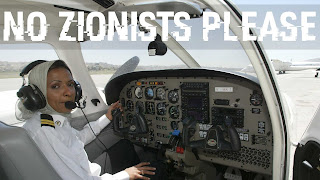 Kamal Salibi, one of the Arab world’s foremost contemporary historians, kicked up a storm when he concluded in a 1985 linguistic exegesis that Judaism’s Zion was not located in Israel but in Saudi Arabia. Israelis, Jews, Saudis, Arabs, Muslims and Palestinians found common ground at the time to denounce Mr. Salibi in stark terms.

Israelis, Jews and evangelists charged that Mr. Salibi’s bombshell book, The Bible Came from Arabia, constituted an attempt to delegitimize the Jewish State and undermine its historic claim to modern day Israel. Israeli historians and rabbis denounced the theory as mythology, science fiction and nonsense.

Saudis, afraid that Israelis might take Mr. Salibi seriously and attempt to colonise the mountains of Sarawat, which the scholar believed was the Jordan valley referred to in the Bible, bulldozed dozens of villages which contained buildings or structures from Biblical antiquity. Abodes were turned into rubble in line with Wahhabi ideology that legitimized destruction of anything that could be construed as idol worship.

The Saudi effort made it more unlikely that archaeology would ever be able to resolve the controversy given that decades of diggings in modern day Israel have yet to yield incontrovertible evidence such as Hebrew inscriptions that unambiguously refer to events, people, or places named in the Old Testament.

Nonetheless, in a twist of irony, Saudi Arabia launched Mr. Salibi on his linguistic exegesis with the government’s publication in 1977 of a comprehensive list of thousands of place names in the kingdom. The list sparked Mr. Salibi’s interest because he had found little material for the early period of a history of Arabia he had just published.

''I was simply searching for place-names of non-Arabic origin in west Arabia, when the evidence that the whole Bible land was here struck me in the face. Nearly all the biblical place-names were concentrated in an area about 600 km long by 200 km wide, comprising what are today Asir and the southern part of the Hijaz,'' Mr. Salibi wrote.

The controversy over Mr. Salibi’s assertions has long died down. Lack of contact between Saudi Arabia and Israel which do not maintain diplomatic relations and the fact that the kingdom was and is hardly a tourist destination except for the Muslim pilgrimage to the holy cities of Mecca and Medina ensured that research was all but impossible.

That however may be changing. Saudi Arabia, in an effort to diversify its energy-dependent economy and develop alternative sources of income is preparing to become a tourist destination, boasting its numerous historic sites.

Relations between Israel and Saudi Arabia are changing as both countries find common ground in their hostility towards Iran and need to confront jihadist groups like the Islamic State. A retired Saudi general last month led a delegation of academics and businessmen in a rare, if not first public visit to Israel in a bid to stimulate debate about a 14-year old Saudi plan for Israeli-Arab peace.

The thawing of informal ties between Israel and Saudi Arabia is a far cry away from a situation in which Saudi Arabia will lift its ban on Israelis traveling to the kingdom. Saudi Arabia already in the 1990s rewrote visa regulations that effectively prevented Jews from visiting the kingdom. The Saudi labour ministry included in 2014 Judaism for the first time as an acceptable religion for migrant or foreign workers in the kingdom.

Writing in The Times of Israel two weeks after retired General Anwar Eshki’s visit, journalist Jessica Steinberg noted that a vibrant Jewish community had populated 3,000 years ago areas that today belong to Saudi Arabia and that the cities of Medina, Khaybar and Taymar hosted large numbers of Jews in the 6th and 7th century. Rabbi Benjamin of Tudela, Spain, a medieval Jewish traveller, visited some of those communities during a 12th century trip to what is today Israel. Rabbi Benjamin’s writings offer a demography of the communities he encountered.

A dying generation of elderly Saudis of Yemeni origin who live in towns and cities along Saudi Arabia’s border with Yemen still recall the days prior to the establishment of the State of Israel when Jews were part of their community.

Anticipating a day where Israelis might be able to visit Saudi Arabia, Ms. Steinberg offered a primer of five Jewish sites in the kingdom’s Khaybar valley and ancient city of Taymar that can be accessed virtually:

Khaybar, a date-growing valley and oasis with natural wells, that was home to a Jewish community and served as a stop on the incense trade route from Yemen to Syria and Lebanon. Although its 1,400-year-old cemetery is void of headstones, locals recall its Jewish history.

Khaybar Fortress, the 1,400-year-old Fortress of the Jews perched on a hill overlooking the oasis that was conquered by the Prophet Mohamed. His nephew and son-in-law, Ali, unlocked the gate of the fortress, letting the Prophet’s army enter and conquer it.

The Palace of the Jewish Tribe’s Head, also located in Khaybar, that was home to the Jewish tribe of Marhab famous for its gold and jewellery trade.

Tayma known as fortified Jewish city where travellers stopped at the oasis to visit the Al-Naslaa Rock Formation, one of the most photogenic petroglyphs, or rock art, depicting the life and times of ancient communities.

Bir Haddaj, a large well at the centre of Tayma that dates back to at least to the middle of the 6th century BCE. The well is mentioned in the Book of Isaiah as the place where the descendants of Ishmael’s son, Tema, lived: “Unto him that is thirsty bring ye water! The inhabitants of the land of Tema did meet the fugitive with his bread.”

Holding out the hope for closer ties between Israel and Saudi Arabia, Ms. Steinberg suggested that “the day may be drawing near” when “historical sites pertaining to the ancient Jewish experience” will be accessible.

As a result, Saudi tourism as much in the Middle East that is easily politicized could blow new life into the controversy over Mr. Salibi’s theory years after he passed away. Saudi fears notwithstanding, Israelis like their Saudi counterparts have no desire to rock the boat or even contemplate the theoretical possibility that that their forefathers may have made a mistake. Any argument that Israel might eye Saudi oil reserves is countered by the fact that Israel is becoming an oil producer in its own right.

Beyond the historical and academic value of settling the controversy sparked by Mr. Salibi, his theory offers rich material for the ultimate ‘what if’ book or great novel on the Middle East. Imagining ‘what if’ would unlikely lead to even more conflict in an already tortured region but could well offer new perspectives on how to resolve its multiple conflicts.

Dr. James M. Dorsey is a senior fellow at the S. Rajaratnam School of International Studies, co-director of the University of Würzburg’s Institute for Fan Culture, and the author of The Turbulent World of Middle East Soccer blog, a recently published book with the same title, and also just published Comparative Political Transitions between Southeast Asia and the Middle East and North Africa, co-authored with Dr. Teresita Cruz-Del Rosario
Israel Saudi Arabia