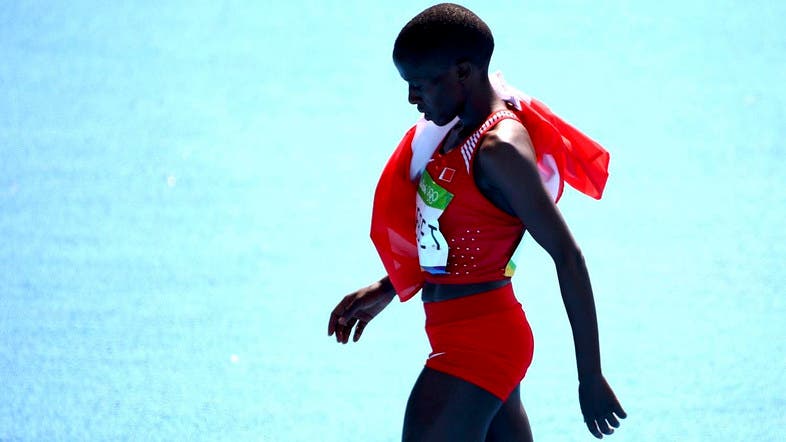 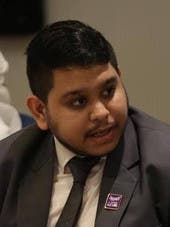 By Ismaeel NaarAl Arabiya EnglishFriday, 19 August 2016
Text size A A A
It is every athlete’s dream to win an Olympic medal and celebrate with their own national anthem being played before them while draped in their country’s flag.
While Arabs worldwide have so far celebrated 12 of their own during the Rio Olympics, at least three of those athletes stood before a country and anthem not originally their own.
Bahrain made headlines by winning gold and silver medals when Ruth Jebet came first in the 3,000 meters steeplechase and Eunice Jepkirui Kirwa came second in the marathon. Both had represented Kenya in the past.
The United Arab Emirates (UAE) won its second Olympic medal ever via Moldovan-born Sergiu Toma in judo.
The importing - some go as far as saying purchasing - of athletes from Africa and East Europe has been criticized over the years as affecting the fairness of the games. 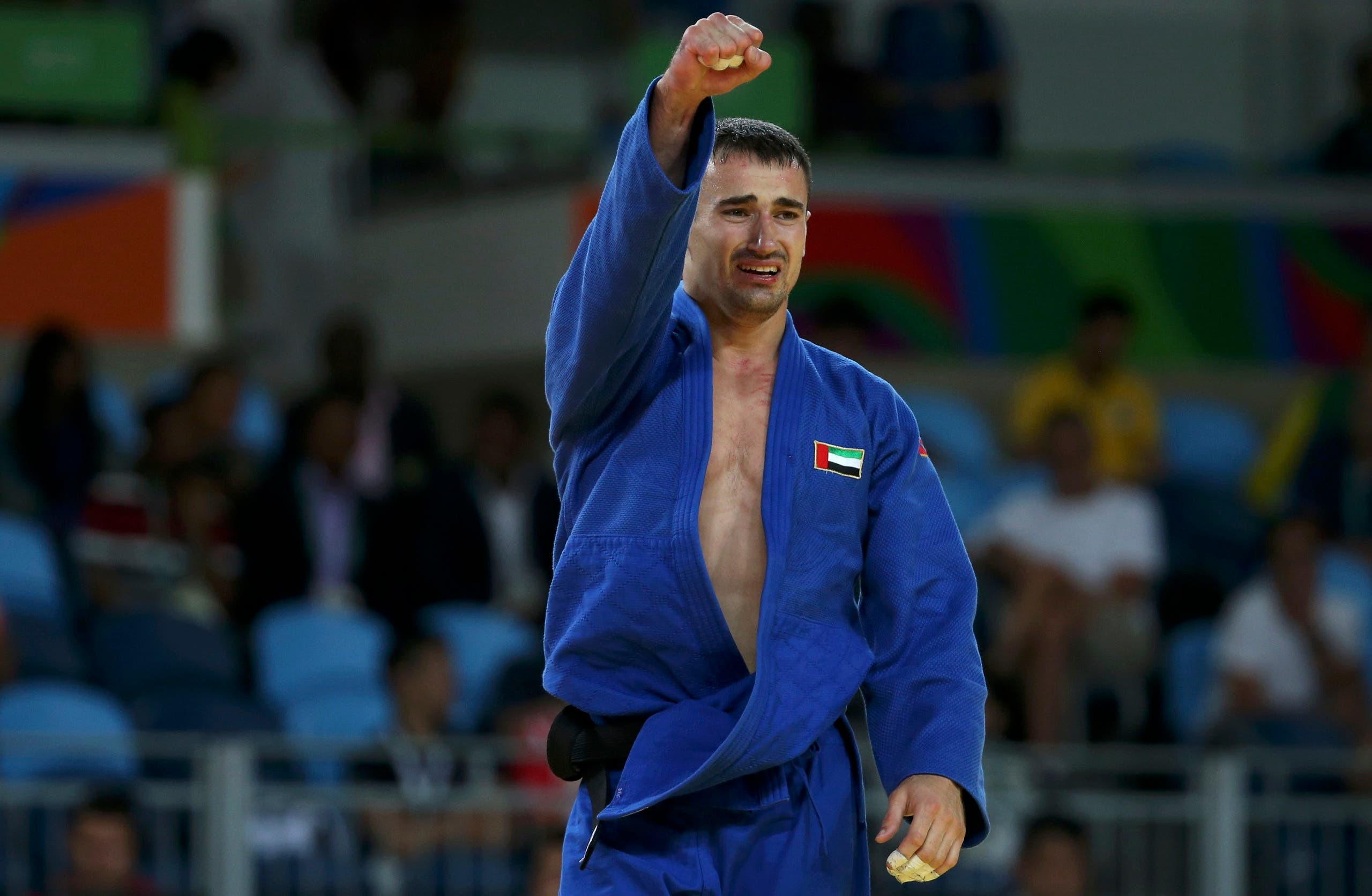 The United Arab Emirates (UAE) won its second Olympic medal ever via Moldovan-born Sergiu Toma in judo.
However, sports experts and observers say the phenomenon is nothing new. “The practice of hiring foreign players is a standard and global practice. It’s not necessarily a trend started by the Arabs,” James Dorsey, syndicated columnist and the author of the blog “The Turbulent World of Middle East Soccer”, told Al Arabiya English.
Statistics compiled by the IAAF, track and field’s international governing body, found that 45 athletes changed national allegiances to compete for Bahrain between 2012 and 2016. A close second was the United States with 39. Qatar was sixth with 13.
Most athletes receive what is called a “sports passport,” in which a travel document is issued for the number of years an athlete is contracted to compete under while some do receive full citizenships.
These citizenships are not free for life and can be revoked at a given time like the case of Kenyan-born runner Leonard Mucheru Maina (Mushir Salem Jawher under Bahrain), who was stripped of his citizenship after he had run in a marathon in Israel.

Lack of talent vs too much money

Dorsey says small Gulf Arab states, particularly those with small populations such as the UAE and Bahrain, are forced to import foreign athletes because of the small talent pool. However, the trend goes both ways.
“You’ll also see a number of Arab, Middle Eastern countries exporting their talents to other countries,” Dorsey said.
“There are North African players in the Premier League. There are Gulf players who, while not great in number, play for foreign clubs.” 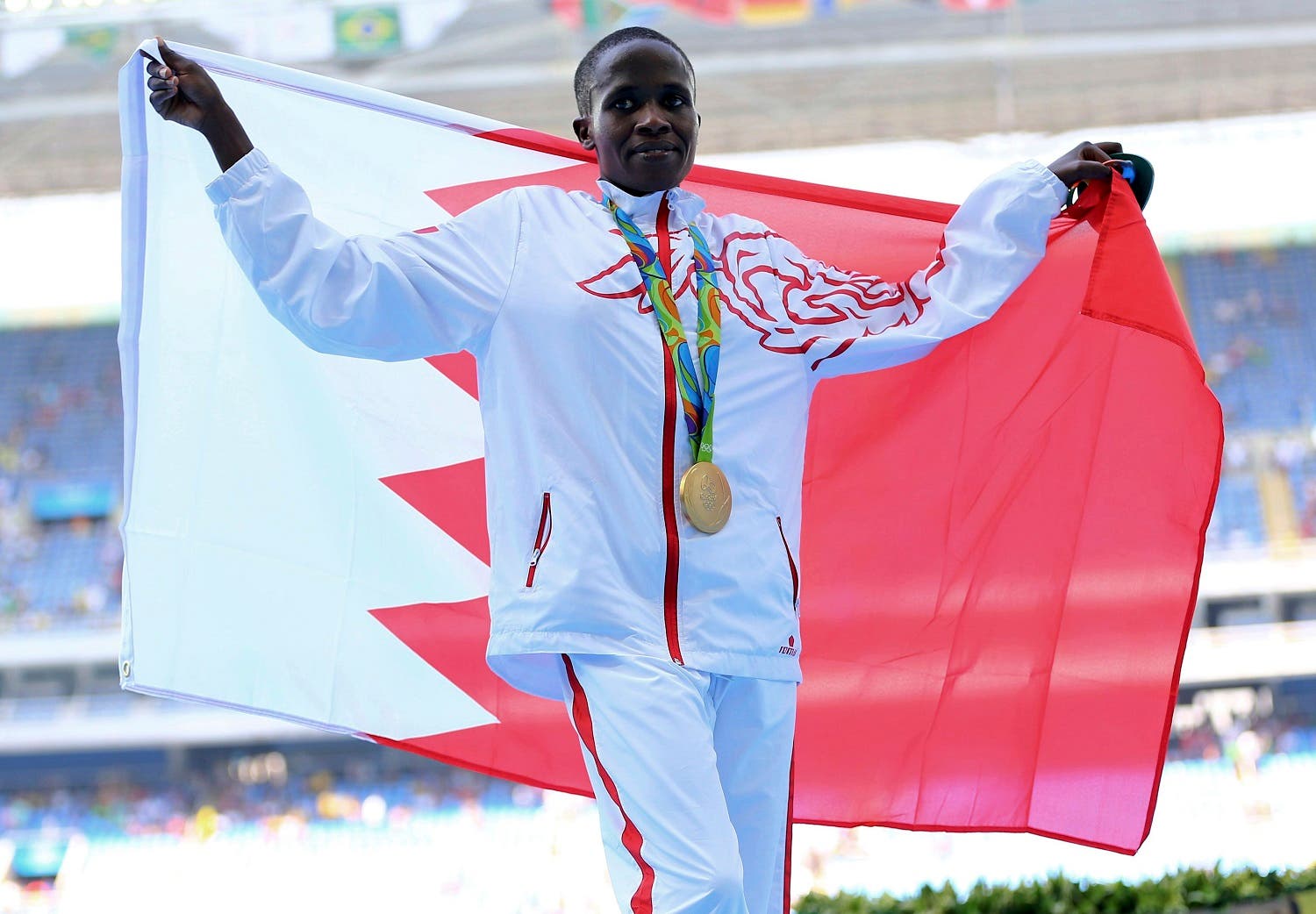 Ruth Jebet, originally from Kenya, of Bahrain poses with her gold medal. (Reuters)
Some Kenyan athletes have no choice for the opposite reason. Kenya usually fields many runners, and is limited by the International Olympic Committee (IOC) on the number of athletes it can field at international events.
While many of the athletes will switch allegiance for money, for most it is a chance to receive better facilities and guarantee themselves better chances at receiving medals.

It break our hearts to see Ruth Jebet win gold in women's 3000m steeplechase for Bahrain. Such a sad moment for #KENpic.twitter.com/scoNYzAzzD
— Sauti Sol (@SautiSol) August 15, 2016

“It makes sense for some athletes who don’t have enough resources in their home countries to gravitate toward other countries that could help them, so they move elsewhere, usually Gulf or European countries,” said New York-based sports writer Pablo Medina Uribe.

Sports as a political tool

For countries with big sporting ambitions such as Qatar, their practice of importing foreign athletes has been criticized in the past for being overused.
Qatar’s handball team at the Olympics this year compromises 14 players, 11 of whom are foreigners from nine countries and four continents.
To gain national and international recognition, Gulf Arab Olympic committees hope that more chances on the medal podium will translate to better name recognition.

“We live in a world that’s no longer Foreign Ministry to Foreign Ministry. Public diplomacy is a big part of our world, but so is cultural diplomacy and engagement with other cultures at all levels,” said Dorsey.
“Sports is a very important level. In some ways, countries today get ranked not only in terms of how many tanks and warplanes they have, but also how they perform on the sports field internationally.”
However, Simon Rofe, an expert on the diplomacy of international sport at London’s School of Oriental and African Studies (SOAS), says countries need to balance the trend or risk negative consequences.
“If a country is implementing the policy, they need to think about it carefully,” he told Al Arabiya English.

“It says something about how prepared a country is to do absolutely anything necessary to win,” he said. Rofe added that there are consequences of national identity being compromised and hinted at how the practice could alienate local-born athletes.
Although Bahrain native Ali Khamis failed to win a medal, he gained national attention when he qualified for the 400 meters semi-finals compared to the other Bahraini-medal winners.
The trend is not going away anytime soon, says Uribe: “For nations with small populations who want to participate in international sport and be a global player, that’s what they have to do, at least for now, because it will take many generations to develop their homegrown athletes.”
Bahrain Gulf Qatar