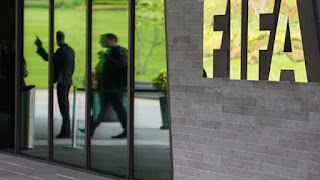 Revelations about government and corporate deals made to secure Germany’s hosting of the 2006 World Cup alongside the prominence of political figures in sports governance, frequently aligned with autocratic regimes, emphasizes the need for a clean-up of soccer governance. Reforms will have to regulate the relationship between politics and sports and guard against political and corporate interference alongside the effort to eradicate related financial corruption and dismantle patronage.

The German revelations together with an analysis of membership in the executive committee of for example the Asian Football Confederation (AFC), a regional confederation within FIFA that is likely to become a target of US and Swiss investigations into soccer corruption, belies the fiction upheld by the game’s top administrators that soccer and politics are separate.

It also adds to Asian soccer’s looming troubles as a result of AFC president Sheikh Salman Bin Ebrahim Al Khalifa’s burial of a devastating 2012 independent audit of his group’s financial and commercial management. To be clear, the period audited preceded Mr. Salman’s presidency.

If anything, sports in general and soccer in particular are inextricably joined at the hip – a fact that albeit belatedly even the International Olympic Committee (IOC) has acknowledged.

Recognition of the incestuous relationship between politics and sports propels three fundamental reforms of soccer governance to the top of any agenda designed to root out political and financial corruption:


Revelations in respected German weekly Die Zeit disclosed that a deal between the German and Saudi governments coupled with investments by German corporates in South Korea and Thailand ensured that Germany won its 2006 hosting rights by one vote in 2000.

Die Zeit reported that the government of then Chancellor Gerhard Schroeder complied with a request from the German Football Association to lift at short notice an embargo on weapon sales to Saudi Arabia and supply it with anti-tank rocket launchers in a bid to ensure that then Saudi member of the FIFA executive committee Abdullah Al-Dabal would vote for Germany rather than Morocco.

The incident highlights the complicity in political corruption of the sport and the World Cup bidding process by both politicians and soccer administrators. The same is true for the cosy relationship between administrators and corporations as is evident in Die Zeit’s disclosure that Germany companies such as Volkswagen, Daimler and Bayer promised to significantly increase their investments in Thailand and South Korea to secure the votes of two other FIFA executive members.

Die Zeit’s revelations position the incestuous relationship between politics that often serves in global soccer governance as an enabler of financial corruption as a global problem that is not exclusive to autocracies like those that dominate the Middle East and North Africa, a region where the sport is politically controlled, but also involves Western democracies.

An analysis of the composition of the AFC’s executive committee and the boards of many of its national associations, who include 13 Middle Eastern federations who account for 28 percent of the Asian group’s 46 member associations, tells the story.

Six of the AFC executive committee’s 21 members in the period from 2011 to 2015 hailed from the Middle East. They include its president, Mr. Salman, a member of a minority Sunni ruling family that in its brutal suppression of a 2011 popular revolt arrested scores of sports officials and athletes among whom national soccer team players who were tortured; Prince Ali Bin Al Hussein, a half-brother of Jordan’s King Abdullah who as a reformer was a thorn in Mr. Salman and embattled, outgoing FIFA president Sepp Blatter’s side; the United Arab Emirates’ Yousuf Yaqoob Yousuf Al Serkal who maintains close ties to his country’s ruling elite; Sayyid Khalid Hamed Al Busaidi, a member of Oman’s ruling family; and Hafez Al Medlej, a member of the board of Saudi Arabia’s tightly controlled soccer association who made his career in the kingdom’s state-run media.

That number has risen to seven in the executive committee elected in April 2015 that includes Mr. Salman as well as Mohammed Khalfan Al Romaithi, deputy commander-in-chief of the Abu Dhabi police force, a force tainted by multiple allegations of abuse of human rights; and representatives of Kuwait, Lebanon, and Saudi Arabia and the head of Islamic Republic of Iran Football Federation (IRIFF), whose premier league teams are largely government-controlled.

The close ties between sport and politics, particularly in the Middle East, is also reflected in the composition of the boards of the region’s national soccer associations and many of its major clubs. Almost half of the West Asian Football Federation’s members are headed by members of ruling families or commoners closely associated with them, including Saudi Arabia, Kuwait, Oman, Bahrain, Qatar and Jordan as well as people with close government ties as in Iran and Syria.

The Middle East’s incestuous political ties to sport are also evident in the Olympic Council of Asia (OAC) that is headed by Sheikh Ahmed Al-Fahad Al-Ahmed Al-Sabah, a prominent member of Kuwait’s ruling family and former oil minister, member of the IOC), and head of the Association of National Olympic Committees (ANOC), who recently suffered a humiliating political defeat at home and is mulling running for the FIFA presidency. Mr. Ahmed is widely viewed as one of world sport’s most powerful movers and shakers who played a key role tainted by allegations of vote buying in Mr. Salman’s AFC election in 2013.

James M. Dorsey is a senior fellow at the S. Rajaratnam School of International Studies as Nanyang Technological University in Singapore, co-director of the Institute of Fan Culture of the University of Würzburg and the author of the blog, The Turbulent World of Middle East Soccer, and a forthcoming book with the same title.
AFC Bahrain FIFA Iran Jordan Sheikh Salman UAE World Cup