The continent's governing body will not escape scrutiny, with the resignation of general secretary Alex Soosay the tip of the iceberg, says one observer
PUBLISHED : Saturday, 27 June, 2015, 11:39pm
Nazvi Careemnazvi.careem@scmp.com
After American and Swiss authorities moved in on Fifa officials, who is next? Experts say Asia and Africa should be looking over their shoulders.
The Asian Football Confederation is used to putting on a show. The draw ceremonies this month for the AFC Champions League and AFC Cup at the Grand Millenium in Kuala Lumpur were no exception, broadcast live on the AFC website and proceeding without a hitch.
There were positive vibes all round and no hint of the chaos and fear gripping its parent body, Fifa, in the wake of corruption investigations by American and Swiss authorities.
Indeed, Asia appears impervious to what is happening thousands of kilometres away in Zurich, the headquarters of Fifa.
First of all, no confederation can escape what is happening. The two most vulnerable confederations are Asia and Africa
JAMES M DORSEY
Political correctness ruled, but that is the crux of the problem, according to James M Dorsey, an academic, writer and expert on Middle East and Asian football.
Dorsey says the AFC's political climate helps to create a cesspit of corruption that is ripe for dismantling.
"I'll put it very bluntly. The s*** is hitting the fan in AFC," said Dorsey, a senior fellow at the S Rajaratnam School of International Studies at Singapore's Nanyang Technological University and co-director of the Institute of Fan Culture of the University of Würzburg.
"First of all, no confederation can escape what is happening. The two most vulnerable confederations are Asia and Africa," said Dorsey, whose revelations in his blog, "The turbulent world of Middle East Soccer", played a part in the suspension last month and then resignation of former AFC general secretary Alex Soosay.
"[Soosay] was the tip of the iceberg," he said.
"One thing you have to realise is that this is not only about financial corruption. The legal cases focus on financial corruption because that's obviously where most of the infrastructure is focused on.
"But the political corruption, which is endemic in the AFC, I would argue is far more important. And it enables financial corruption.
"If I was with the AFC today, and others engaged with it, I would be very worried." 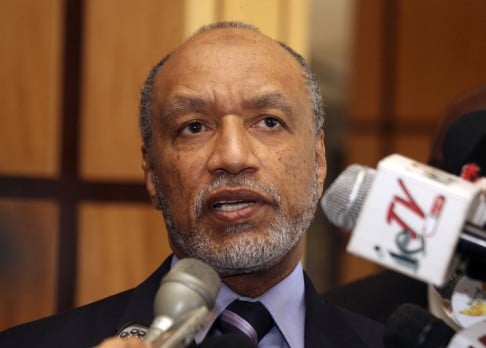 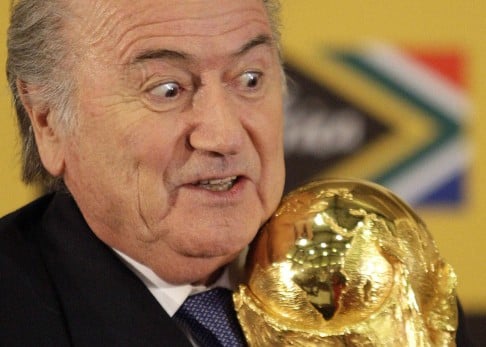 Fifa president Sepp Blatter has resigned from his post in the wake of the corruption scandal.
"The AFC has created a Governance Reform Task Force which has worked throughout the past year in order to look at governance reform and will present its recommendations to the AFC executive committee once completed," the AFC explained.
"As a general principle, it goes without saying that the AFC would normally always take legal advice where its interests, or the interests of its members, could be prejudiced in any way."
On whether the body knows of any investigation by outside parties, it said: "The AFC is not currently aware of any investigation by international and/or local authorities into AFC affairs."
Dorsey, however, says any in-house attempt by AFC to make reforms will only be cosmetic.
He wants to see the end of the "patronage system" by which almost all confederations are run and which involves smaller associations feeling indebted to bodies such as AFC and Fifa for their generous funding.
"Where you have the two [political corruption and financial corruption] come together, one of the points is a patronage system," he said. "Also, the fiction that sports administrators and politics are separate needs to be dealt with.
"They are intertwined at the hip and several months ago, [Thomas] Bach, president of the IOC [International Olympic Committee], admitted as much.
"[So], the two structural reforms needed are the destruction of the patronage system and the realisation that sports and politics go together."
Dorsey suggests taking the distribution of development funds and subsidies to member associations out of the hands of Fifa and AFC and instead entrusting the task to independent institutions.
Dealing with politics within sport was another matter altogether, he said.
"Politics in sports are two sides of one coin. It's there whether your like it or not," he said.
"We need somehow to govern, oversee and monitor the code of conduct of norms that is the yardstick of that relationship.
"The relationship needs to be regulated. Denying it exists is giving everybody a blank cheque."
Dorsey says he is dumbfounded as to how AFC president Sheikh Salman bin Ibrahim Al-Khalifa is able to hold on to his position given his political background and allegations by rights groups that, as head of the Bahrain FA, he was party to the detention and torture of anti-government protesters during the Arab Spring.
"Sheikh Salman is a member of the ruling family. He has never answered to well-founded allegations that he was involved in the arrest of 150 sportsmen and officials, including members of the national soccer team, some who were tortured.
"How can someone even with that suspicion be a head of an organisation." 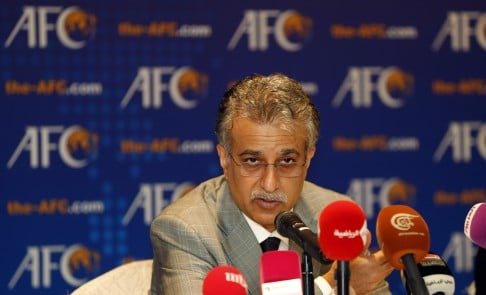 AFC president Sheikh Salman bin Ibrahim Al-Khalifa faces allegations of human rights abuses.
Shiekh Salman denied the accusations, saying after being elected AFC president in 2013 that "if anybody has proof the Bahrain Football Association has violated the statues of Fifa or AFC let them present it, otherwise we move to the next question".
Dorsey said there are other top football figures in the AFC from United Arab Emirates and Iran who hold influential government posts as well.
He said Sheikh Salman had so far buried the PwC report.
"After the audit of the AFC finances, in any other institution, the results would have far-reaching consequences," he said. "It is about massive corruption and it has been buried."
Organisations such as Fifa and the AFC have in the past been protected by their own non-interference laws. Both act swiftly when a government is perceived to have interfered in the workings of a member association.
Indonesia's football body, for example, has been suspended because the government tried to tell PSSI how to run the game in the country. It means Indonesian players, clubs and national teams are banned from taking part in any Fifa or AFC activities.
By putting a political wall between their own governance and national governments, the likes of Fifa have largely got away with whatever it is they have been doing for decades. That was until authorities from the United States and Switzerland acted last month.
American authorities indicted 14 officials over allegations of racketeering and corruption involving more than US$150 million over two decades. Seven were arrested by Swiss police in Zurich.
Switzerland also launched a separate investigation into how Russia and Qatar were awarded the 2018 and 2022 World Cup tournaments respectively.
Dorsey says a key element of the US investigation is the role of sports marketing companies. The PwC report highlighted the AFC's relationship with World Sports Group, which in 2009 signed a US$1 billion deal to promote the body's events from 2013 to 2020. The report questioned how WSG won the AFC contract and the fact that there was no tender process
.
AFC Bin Hammam Blatter FIFA James Sheikh Salman