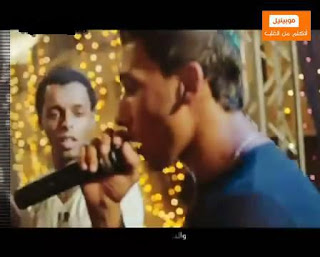 Starred striker Mohamed Abou-Treika symbolizes the struggles in virtually every Egyptian institution between post-Mubarak reformers and supporters of the Mubarak-era status quo ante.

Breaking with the tradition of soccer players standing on the sidelines of popular revolts in the Middle East and North Africa, if not supporting autocratic leaders, Mr. Abou Treika announced late this week that he would not be joining his fellow Al Ahly SC players in Sunday’s Super Cup final against ENPPI, Egypt’s first domestic match since this month’s lifting of a seven-month ban on professional soccer.

In doing so Mr. Abou Treika, one of Egypt’s most popular players, sided with Ultras Ahlawy, the cub’s militant, highly politicized, well organized, street-battle hardened support group. The group opposes the resumption of soccer as long as justice has not been done for the 74 Ahly supporters who were killed in February Egypt’s worst sporting incident in a politically loaded brawl in the Suez Canal city of Port Said and fans are not allowed to attend matches.

The brawl, which widely is believed to have been provoked by security forces in a bid to punish the ultras for their key role in the ousting of president Hosni Mubarak and violent opposition to the military that ruled Egypt until the election in July of Islamist president Mohammed Morsi in the country’s first democratic poll, sparked the banning of soccer for most of this year.

Mr. Morsi’s sports minister, El-Amry Farouq, this month overcame interior ministry opposition to lifting the ban on soccer by agreeing to ban fans from matches that would have to be played in military stadiums to prevent politically motivated violence.

Ultras groups across Egypt constitute the country’s second largest, most organized civic group after Mr. Morsi’s Muslim Brotherhood, the country’s foremost political grouping. The ultras this week further demanded that the interior ministry’s police and security’s forces -- the country’s most despised institution widely viewed as the brutal enforcers of repression under Mr. Mubarak – be deprived of responsibility for security in the stadiums. They also called for the resignation of the boards of the Egyptian Football Association (EFA) and Al Ahly as well as the withdrawal of the candidacy of Mubarak era officials, among whom world soccer body FIFA executive committee member Hani Abou-Reida, as candidates in upcoming EFA elections.

Frustrated with the slow moving legal proceedings against 74 people, including nine security officials, accused of responsibility for the Port Said incident and the lack of reform of soccer, Al Ahly ultras this week stormed the grounds where the club’s players were training for Sunday’s match. They attacked the headquarters of the Egyptian Football Association (EFA) a day later demanding a cleanup of Egyptian soccer and media, whom they accuse of corruption and fanning the flames of confrontation, and reform of the security forces. Hundreds of ultras demonstrated Friday in front of the security forces’ headquarters in the Mediterranean port of Alexandria where Sunday’s match will be played.

"We appreciate the historic stance of Abou-Treika ... and we have a message for other players: choose to stand by your fans, they will always be there for you," Ultras Ahlawy said in a statement on their Facebook page.

Mr. Abou-Treika’s move reflects Egypt’s convoluted transition from autocracy to an as yet undefined form of a more open society that is waging in virtually all of the country’s institutions. “After (the fall of Mr. Mubarak in) February 2011, internal battles took place in all state institutions—with some people advocating greater autonomy, others gravitating toward the SCAF (the Supreme Council of the Armed Forces that ruled Egypt until Mr. Morsi’s election in July), and old leaders hanging on….Many critical Egyptian institutions are still undergoing slow but portentous internal struggles, generally away from the headlines,” said Egypt expert Nathan J. Brown in a just published Carnegie Endowment for International Peace analysis.

Mr. Abou-Treika’s move further breaks with the neo-patriarchy that underlies attitudes of most players’. Neo-patriarchy is what makes Arab authoritarianism different from dictatorships in other parts of the world. Dictatorial regimes are not simply superimposed on societies gasping for freedom. Arab autocracies may lack popular support and credibility but their repressive reflexes that create barriers of fear are internalized and reproduced at virtually every layer of society. As a result societal resistance to and fear of change contributed to their sustainability.

In a controversial book published in 1992 that is still banned in many Arab countries, Palestinian-American historian Hisham Sharabi argued that Arab society was built around the “dominance of the father (patriarch), the centre around which the national as well as the natural family are organized. Thus between ruler and ruled, between father and child, there exist only vertical relations: in both settings the paternal will is absolute will, mediated in both the society and the family by a forced consensus based on ritual and coercion.” With other words, Arab regimes franchised repression so that society, the oppressed, participated in their repression and denial of rights. The regime is in effect the father of all fathers at the top of the pyramid.

If any group in the Middle East and North Africa confirmed Mr. Shirabi’s concept of neo-patriarchy, it is professional soccer players and officials. In Egypt and Tunisia soccer players remained on the side lines of the momentous events in their countries while some prominent soccer officials, particularly in Egypt, declared their support for the embattled autocratic leader. It took four months of mass protests that morphed into civil war for a group of Libyan players, who had lost friends and relatives, to join the rebel forces aligned against Moammar Qaddafi. At the same time, a former captain of the national soccer team called the anti-Qaddafi rebels rats and dogs.

Egyptian soccer fans responded to the aloofness of their players by unfurling a banner at one of the first matches following Mr. Mubarak’s overthrow that read, "We followed you everywhere but in the hard times we didn't find you."

Another banner put the fans further at odds with their clubs and star players who were resisting calls for a capping of transfer prices and salaries for coaches and players. It said: ‘You're asking for millions and you don’t care about the poverty of Egyptians.’

Fueling the growing gap between fans and players was what sociologist Ian R. Taylor described as resistance to and rejection of the upwardly mobile move of players from their working class origins to a middle class with a Peter Stuyvesant-like jet set lifestyle. “Increasingly, soccer is a means of moving out of the working class, not for temporary relief but rather to permanent affluence. The player has been incorporated into the bourgeois world, his self-image and behavior have become increasingly managerial or entrepreneurial, and soccer has become for the player, a means to personal (rather than sub-cultural) success,” Taylor concluded in a 1970s analysis of British soccer violence.

As a result, relations between fans and players have much like Egyptian politics been on a rollercoaster since the fall of Mr. Mubarak. Tensions in the first post-Mubarak year made way for a period of reconciliation in the wake of Port Said. Mr. Abou-Treika was one of three al Ahly and national squad players who initially announced their resignation from soccer immediately after the incident but later returned to the game.

Within days Al Ahly militants, responding to an outpour of sympathy from across Egypt including militants of their arch Cairo rival Al Zamalek SC, apologized on an especially created Facebook page named “We are sorry Shika” to Zamalek winger Mahmoud Abdel-Razek aka Shikabala, one of Egypt’s top player, for routinely abusing him verbally during their clubs’ derbies. The abuse frequently lead  to heated exchanges and a trading of insults between Shikabala and Al Ahly fans.

James M. Dorsey is a senior fellow at the S. Rajaratnam School of International Studies at Nanyang Technological University in Singapore and the author of the blog, The Turbulent World of Middle East Soccer.
Al Ahly (Egypt) Al Zamalek EFA Egypt FIFA