Saudi imams warn against mixing of sports, politics and protest 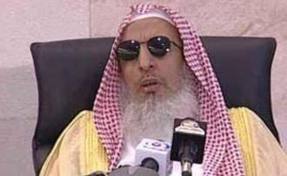 Saudi and ultra-conservative imams have warned in separate statements against the mixing of sports and politics and protests against autocratic regimes, which, according to some, results from of the mingling of the sexes in sports.

The warnings come against the backdrop of Saudi efforts to shield the Gulf from the wave of popular uprisings sweeping the Middle East and North Africa, renewed focus on the role of militant soccer fans opposing military rule in Egypt and pressure on the kingdom to allow women to compete for the first time in an international tournament during the London Olympics.

Saudi Grand Mufti Sheikh Abdulaziz Al-Sheikh quoted in the kingdom's Al Watan newspaper warned that the protests that have already toppled the leaders of Egypt, Libya, Tunisia and Yemen and brought Syria to the brink of civil war were sinful. "The schism, instability, the malfunctioning of security and the breakdown of unity that Islamic countries are facing these days is a result of the sins of the public and their transgressions," Sheikh Abdulaziz said.

Such sins include, according to Imam Abu Abdellah of As-Sunnah mosque in Kissimee, Florida, speaking in a video posted on the Internet, the mixing of the sexes at sports events. “In the past it was only men, now it is almost half half (in stadiums). Allah knows what happens afterwards. Either way it is bad. Either people go out, they are sensing and partying and drinking and all that, so that’s negative. And if they don’t, they go out and they demonstrate and they’re angry and they destroy property and they destroy cars and they destroy people’s business. Either way its haram (forbidden), things have to be done in moderation. These are the things that are associated with sports that the believers have to be careful with,” Abu Abedallah said.

“So there is nothing wrong with watching and practicing your favourite sport as long as you adhere to the norms. When it comes to the way you dress and the way you behave, where you’re going to be, what are you going to be listening to; are you going to be mingling in crowds you are not supposed to be mingling with? All of those things do matter when you are practicing or you are watching your favourite sport,” the imam said.

The clerics’ statements came as Saudi Arabia prepares for a summit of the six-nation Gulf Cooperation Council (GCC) in which it hopes to foist closer political and military cooperation on its largely reluctant co-members Qatar, Kuwait, Oman and the UAE. Bahrain, which last year brutally squashed with Saudi assistance an uprising against its minority Sunni Muslin rulers, is likely to be the only GCC state to fully endorse the notion of a political union.

The statements also come as International Olympics Committee president Jacques Rogge is under pressure to make good on his pledges earlier this year to stand for gender equality by banning Saudi Arabia from this year’s London Olympics if it fails to field women athletes. A Human Rights Watch report released in February, called on Saudi Arabia to protect women's equal right to sports and urged the IOC to live up to its charter, which prohibits discrimination, or face a ban similar to that imposed on Afghanistan in 1999 partly for its exclusion of female athletes.

With Qatar and Brunei expected to have women athletes for the first time this year in their delegations, Saudi Arabia would be the only country in the world that still refuses to allow women to compete. The kingdom has recently hinted that it would not stand against Saudi women living abroad competing, but would not field athletes from the kingdom itself.

In separate statements, two Saudi religious scholars admonished soccer players that bad behaviour could lead to a ban on public attendance of matches. It was not immediately clear what incidents of bad behaviour they were referring to.

Sheikh Abdullah bin Suleiman Al Manei, a member of the Gulf Kingdom’s supreme scholars committee and an advisor to King Abdullah warned that “the spread of such (bad) acts on play fields is a clear indicator of a decline in moral values and the transformation of sport from fair competition into bigotry. The continuation of these bad phenomena which pose a threat to the ethical values of our sons makes the attendance of these matches a hateful thing. This means that going to these matches could become prohibited because what is happening there has a strong negative impact on the society.”

In a statement of his own, Sheikh Abdullah Al Mutlaq, another member of the supreme committee, denounced players for allegedly faking incidents in a bid to get a referee to award a penalty in their team’s favour. “These are acts of deception, which is hated and forbidden in Islam…..the sin becomes worse when the player swears by Allah falsely…players should refrain from such wrong acts as they have become a bad example for the young generation,” Sheikh Al Mutlaq said without reference to specific incidents.