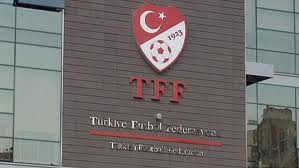 Scandal-ridden Turkish soccer is playing two parallel existential matches: one to eradicate widespread corruption and match-fixing, another involving two Islamist teams for the hearts and minds of Turkish soccer fans.

The team of Turkish Prime Minister Recep Tayyip Erdogan, a former soccer player and member of Istanbul’s storied Fenerbahce Spor Kulubu, has regained the lead in the battle of the Islamists with a decision by the Turkish Football Federation (TFF) to clear the Turkish leader’s club and 15 others of charges of involvement in match-fixing.

The controversial TFF’s decision came three months after the soccer body against Mr. Erdogan’s wish rejected a proposal backed by the prime minister that would have shielded clubs guilty of match fixing from being relegated. The defeat of the proposal prompted the TFF’s three top officials, including its vice chairman, Goksel Gumusdag, a brother-in-law of Mr. Erdogan, to resign.

The surprise TFF vote followed Mr. Erdogan’s success in driving through parliament against the will of President Abdullah Gul, believed to be an ally of Fethullah Gulen, a powerful, self-exiled, Pennsylvania-based cleric, who backs harsh punishment, including relegation, of those involved in the match-fixing scandal, to limit punishment of people guilty of match fixing.

For Mr. Erdogan however to decisively win his match against Mr. Gulen the Union of European Football Associations (UEFA), the governing body of European soccer will, have to endorse the TFF’s  decision. UEFA has yet to comment on the decision.
UEFA warned earlier that it would intervene if the Turkish federation's disciplinary body failed to act before a June 1 deadline to register clubs for European competitions. It also barred Fenerbahce from this season's Champions League as a result of the investigation.

It could now opt to extend Fenerbahce’s ban as well as expand it to other prominent clubs implicated in the scandal such as Besiktas and Trabzonspor.
UEFA intervention would reflect poorly on Mr. Erdogan, further taint Turkey’s already damaged image and complicate its bid to host the 2020 European soccer championship. As a result, Trabzonspor president Sadri Sener was among the first to express concern about the potential fallout of the TFF decision.

International Olympic Committee president Jacques Rogge this week added fuel to the fire by warning that Istanbul would not be allowed to host both the European championship and the Olympics 2020. Mr. Rogge’s statement amounted to calling on UEFA president Michel Platini to delay awarding the soccer tournament to Turkey, the sole bidder, until after the IOC decides on the Olympic Games in September of next year.

The stakes for Messrs. Erdogan and Gulen are high: the hearts and minds of millions of Turkish soccer fans with the prime minister and Mr. Gulen focusing primarily on Fenerbahce, Turkey’s biggest and best supported club, whose imprisoned president, Aziz Yildirim, is among 93 soccer officials and players standing trial on match-fixing charges.

It was not immediately clear what impact the TFF decision would have on the proceedings of the court, which looked to the federation for guidance. Mr. Gulen is believed to want to see Mr. Yildirim convicted to pave the way for someone closer to his movement to be able to take control of the club.

The risks for Mr. Erdogan were evident as a video demanding that UEFA take action to ensure harsh penalties for those implicated in the match fixing scandal went viral on the Internet shortly after the TFF announced its decision. “Only UEFA can help us solve this problem, we can’t. If we could we wouldn’t be in this situation,” says a middle-aged soccer fan sitting in the video on the Bosporus as he signs a soccer ball alongside other from all walks of life. The ball is to be given to the European soccer body as a petition for intervention.

It is also politically sensitive because Mr. Gulen’s movement is Turkey’s foremost Islamic alliance and has supported Mr. Erdogan’s Justice and Development Party (AKP). It operates schools, businesses, media, including major Turkish media, and NGOs across the globe, and is widely seen as having significant sway over Turkey’s police force. The Gulen movement has been instrumental in the rise of Turkey’s appeal across the Middle East, North Africa and in sub-Saharan Africa with its network often paving the way for Turkish diplomacy and business.

Followers of Mr. Gulen believe that Ergenekon, an allegedly clandestine, Kemalist ultra-nationalist organization representing Turkey’s deep state, benefitted financially from the match-fixing. Hundreds of people have been arrested, including senior military figures, in recent years on terrorism-related charges for their alleged involvement in Ergenekon, which the Turkish government denounces as a terrorist organization.

Mr. Erdogan defended the TFF decision earlier this week on the grounds that punishing institutions rather than individuals would amount to penalizing “millions of fans who set their hearts on these institutions.''

In announcing its decision, the federation banned striker Ibrahim Akin of Istanbul Buyuksehir Belediyesi for three years for allegedly fixing the result of a game when his team last year lost to Fenerbahce. The TFF also banned Serdar Kulbilge of Genclerbirligi for two years for allegedly attempting to fix the result of a game that Fenerbahce won 4-2.

The TFF said further that eight other people -- including Fenerbahce officials Mehmet Sekip Mosturoglu, Ilhan Yuksel Eksioglu, and Cemil Turhan – had been deprived of their rights, which means that they were barred from any administrative or sports activity, including the right to enter a stadium.